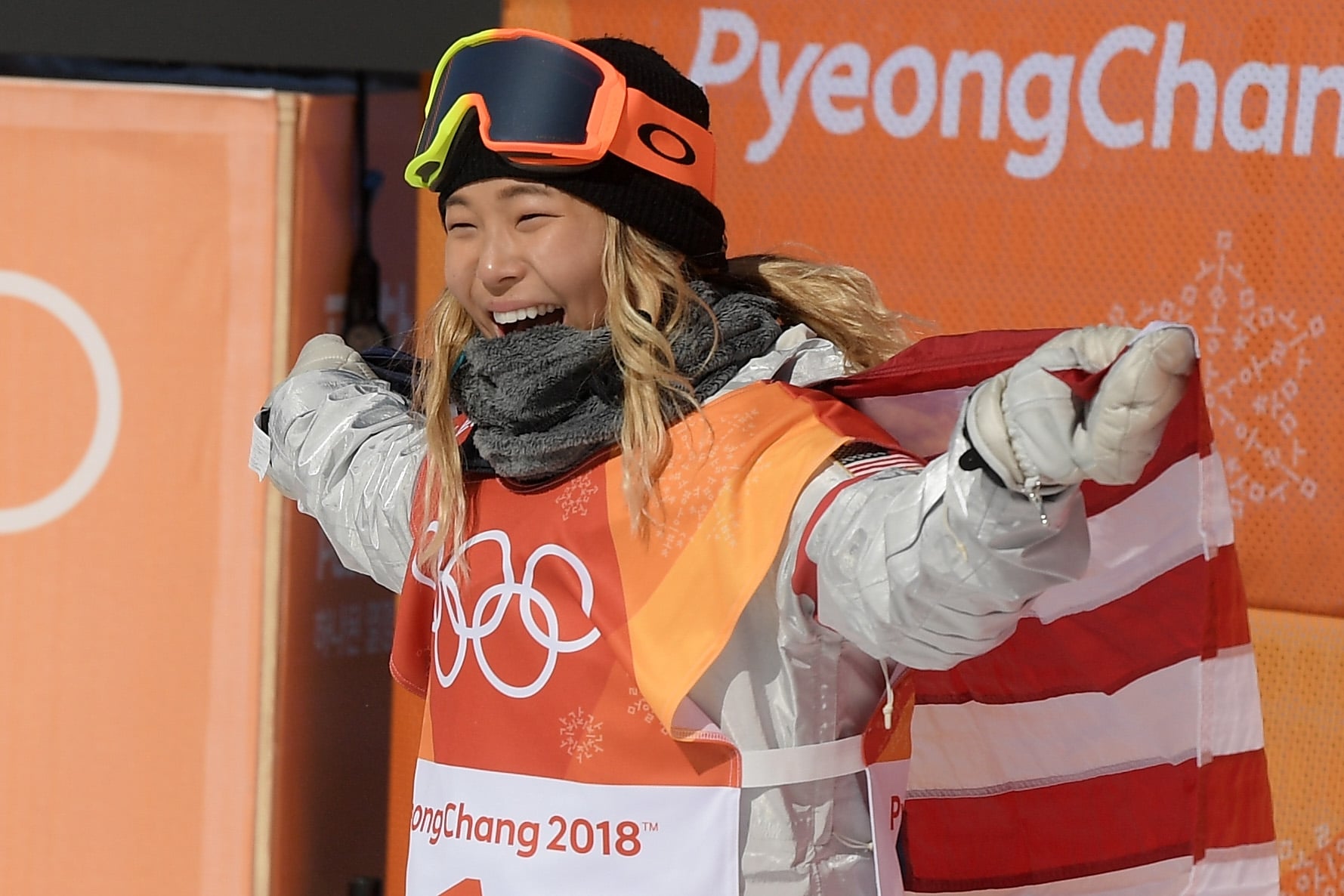 Team USA's 17-year-old snowboarding wunderkind Chloe Kim may be an Olympics newbie, but on Feb. 12 she took home the gold medal in the women's halfpipe finals with a set of absolutely staggering scores (93.57 and 98.25, anyone?). Kim's absolutely charming, understated demeanor totally captured our hearts — so, naturally, a tweet she sent about a breakfast sandwich between her second and third runs straight-up set the internet ablaze.

That's right; as she was in the process of winning a gold medal, the high-schooler took a quick break in Pyeongchang to tweet about how she was getting hangry. And boy did that make us love her even more than we already did back when we just knew she was a huge fan of churros. Chloe Kim, you are officially the hero we all need right now.

Below, check out some of the best of the internet's reactions to Kim's glorious tweet.

Chloe Kim is all of us. pic.twitter.com/BGLr7uV86a

As far as I understand it @chloekimsnow tweeted this between 2 gold medal runs. Maybe I should eat a pizza between my 7 and 930 pm shows. https://t.co/204urX6AwE

Tweeting this in the middle of your Olympic final is as boss a move as boss moves come https://t.co/kguVkNMx1h

Ok how I can become real life friends with @chloekimsnow? https://t.co/I905vmG7nw

I was about to ask, "What is it like to not finish a breakfast sandwich?" but the realized the tweet was the answer. https://t.co/V35qliDsb2

A hero has never been more relatable https://t.co/2PsVYvGRQg

Here was Chloe Kim's level of nerves as she tweeted *in the middle of the competition*. She just won the Gold medal while hangry. #PyeongChang2018 https://t.co/t259wjUuj3

Gotta love that Chloe Kim is posting Tweets DURING her halfpipe competition. It helps that she's leading by, like, 10,000 points. https://t.co/M16W9UE6Pt

Casually locked in the gold medal 15 minutes after this tweet https://t.co/73XfLfd3ZQ

Chloe Kim had the gold locked up after her second run, then went out and dropped a 98.25 just for the hell of it — and did it without finishing her breakfast.

Nothing but respect for *my* President https://t.co/y7QmRwUiIk

I totally relate to this minus the "and then I won a gold medal right after this tweet" part https://t.co/BcP4ptFuX5

Spotify
Spotify Now Lets You Filter "Liked" Songs by Mood and Genre, So Being Moody Just Got More Fun
by Lauren Harano 3 days ago

Unstoppable
Women's Sports Lack Coverage, So Alex Morgan and 3 Other Athletes Started Their Own Company
by Samantha Brodsky 4 days ago