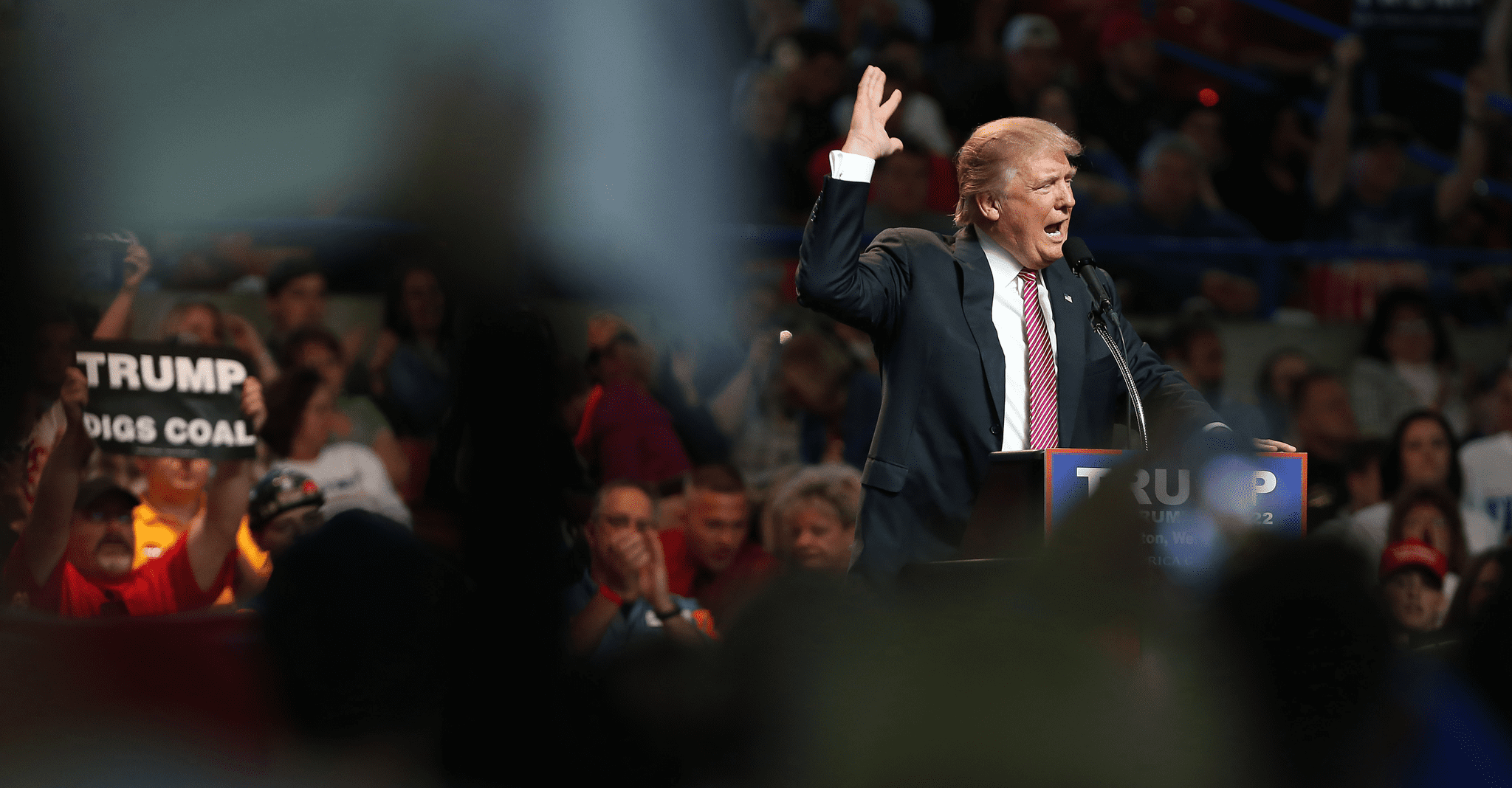 On Tuesday night, protests erupted outside a Donald Trump rally in Albuquerque, NM. Cops donned riot gear as some protesters smashed a door and reportedly threw rocks at police, but Albuquerque police tweeted that no arrests had been made outside the rally.

Trump referred to the protesters as "thugs" in a tweet on Wednesday, and it's not the first time he has done so. He used the same language after an event in Burlingame, CA, in April:

The "protesters" in California were thugs and criminals. Many are professionals. They should be dealt with strongly by law enforcement!

And in Chicago in March:

The organized group of people, many of them thugs, who shut down our First Amendment rights in Chicago, have totally energized America!

But this time, his tweet was different because he called out the Mexican flag, associating the word "thug" with Mexicans.

The protesters in New Mexico were thugs who were flying the Mexican flag. The rally inside was big and beautiful, but outside, criminals!

The big problem with this tweet is that "thug" has racist connotations — it had previously been simply used to describe a hooligan or criminal, but for many, it's now a derogatory term to describe people of color.

As John McWhorter, an associate professor of English and comparative literature at Columbia University, told NPR in 2015:

"Well, the truth is that thug today is a nominally polite way of using the N-word. Many people suspect it, and they are correct. When somebody talks about thugs ruining a place, it is almost impossible today that they are referring to somebody with blond hair. It is a sly way of saying there go those black people ruining things again. And so anybody who wonders whether thug is becoming the new N-word doesn't need to. It's most certainly is."

Of course, this association is not limited to black people — as Trump's tweet proved, Latinos are also deduced to violent thugs. One can't help but wonder: would Trump have called the protesters thugs if they had all been white? To negate many people's perception that Trump is a racist, anti-immigrant candidate, it would help if he stopped referring to minority protesters as thugs. But let's be real — that's probably not going to happen.

Politics
Stop Calling For Unity; I'm Not "Coming Together" With Domestic Terrorists
by Mekishana Pierre 2 weeks ago