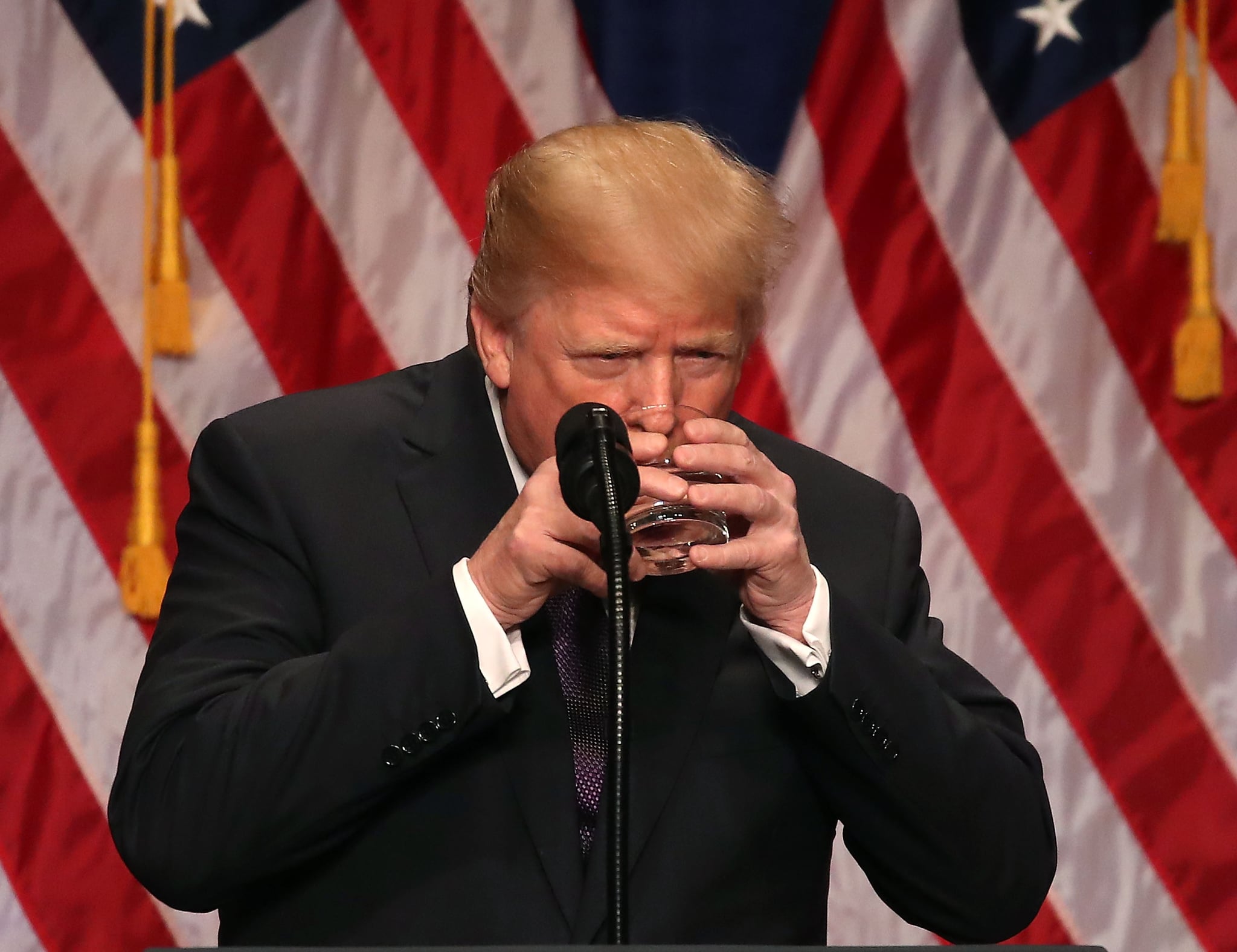 Donald Trump reportedly drinks a dozen Diet Cokes every day. I bring this up not because it's obviously an incredibly unhealthy habit but because his love for the soft drink might be hindering his ability to appreciate and enjoy the finest beverage this planet has to offer: water.

On Dec. 18, Trump put forth his national security strategy in a speech at the Ronald Reagan Building in Washington DC. Well, all that foreign policy talk must have made the president particularly parched, because he subsequently found himself taking a rather abrupt sip of water during the address.

just an extremely normal way to drink out of a small glass of water pic.twitter.com/GmBbpubBkj

Now, I know what you're thinking: I'm nitpicking and grasping at yet another excuse to pick on the president, even if this ridiculous excuse is really just a distraction from all the actual issues and wrongdoings taking place in the administration, among both parties, and in the nation at large. To that I say, you're absolutely right.

This isn't the first time Trump has been caught strangely taking a sip, however, and here's why it's actually hilarious: he previously mocked presidential hopeful Marco Rubio for doing the exact same thing. After the senator was roasted for taking an awkward sip of water during his official response to President Barack Obama's State of the Union address, Trump could not get over the viral moment.

On Twitter, Trump at the time advised Rubio to drink water from a glass instead of from a bottle, saying it "would have much less negative impact" — advice that the president clearly shouldn't have given, in retrospect. But it didn't end there: several months after the kerfuffle, he was still thinking about that moment; when asked about his thoughts on Rubio by a Twitter follower, Trump simply said, "Drinks too much water!" Ah, the sweet karmic retribution — it's enough to make you positively dehydrated. Right, Mr. President?