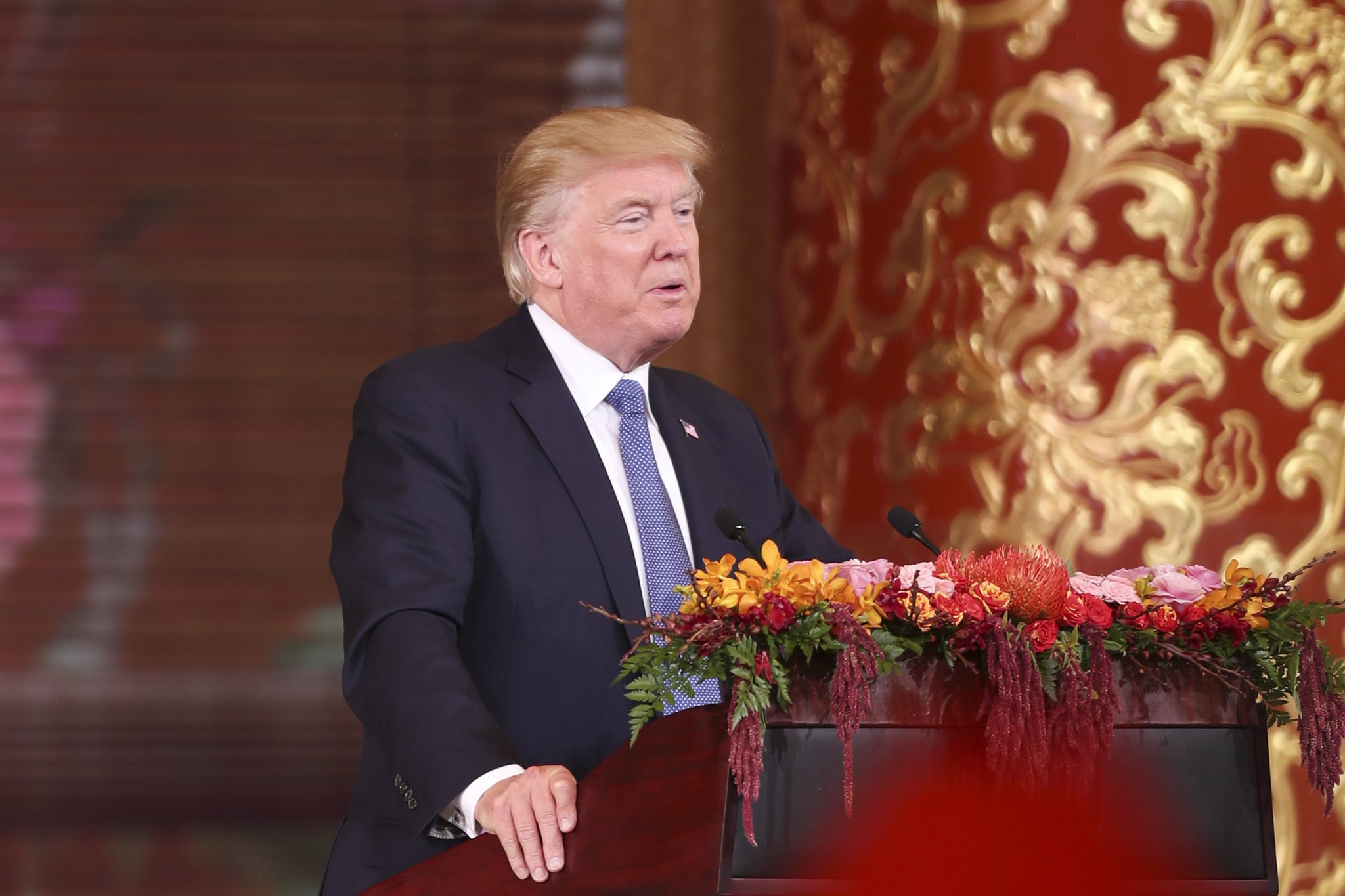 While it may seem like Donald Trump spends all hours of the day on Twitter, a new detailed profile from The New York Times revealed another habit of his that's raising eyebrows: his consumption of diet soda. We're not against washing down a greasy meal with an occasional bubbly drink, but Trump's soda habits are beyond alarming, with The Times reporting that he drinks a dozen Diet Cokes a day. Gasp. Diet soda is associated with a laundry list of risks like bad skin, mood swings, weight gain, increased risk of heart attacks, and increased chance of diabetes, so drinking it to this degree is straight-up frightening.

Related:
What President Trump Eats Every Day — and Why This Nutritionist Has Her Concerns

There were 60 insiders who contributed to this article about President Trump's habits, adding the revelation that he reportedly spends four to eight hours in front of the television, "sometimes with the volume muted, marinating in the no-holds-barred wars of cables news and eager to fire back." And that's exactly what he did. Days after the story was published, Trump took to Twitter to shut down the allegations about his screen time with "Wrong!" and "Bad reporting" but made no mention about his soda habits.

Between Trump's calorie-packed McDonald's order and a dozen cans of Diet Coke a day, we're going to advise he take some advice from President Barack Obama, who rarely consumed caffeine while in office and only had seven almonds as a late-night snack. Ah, the glory days.