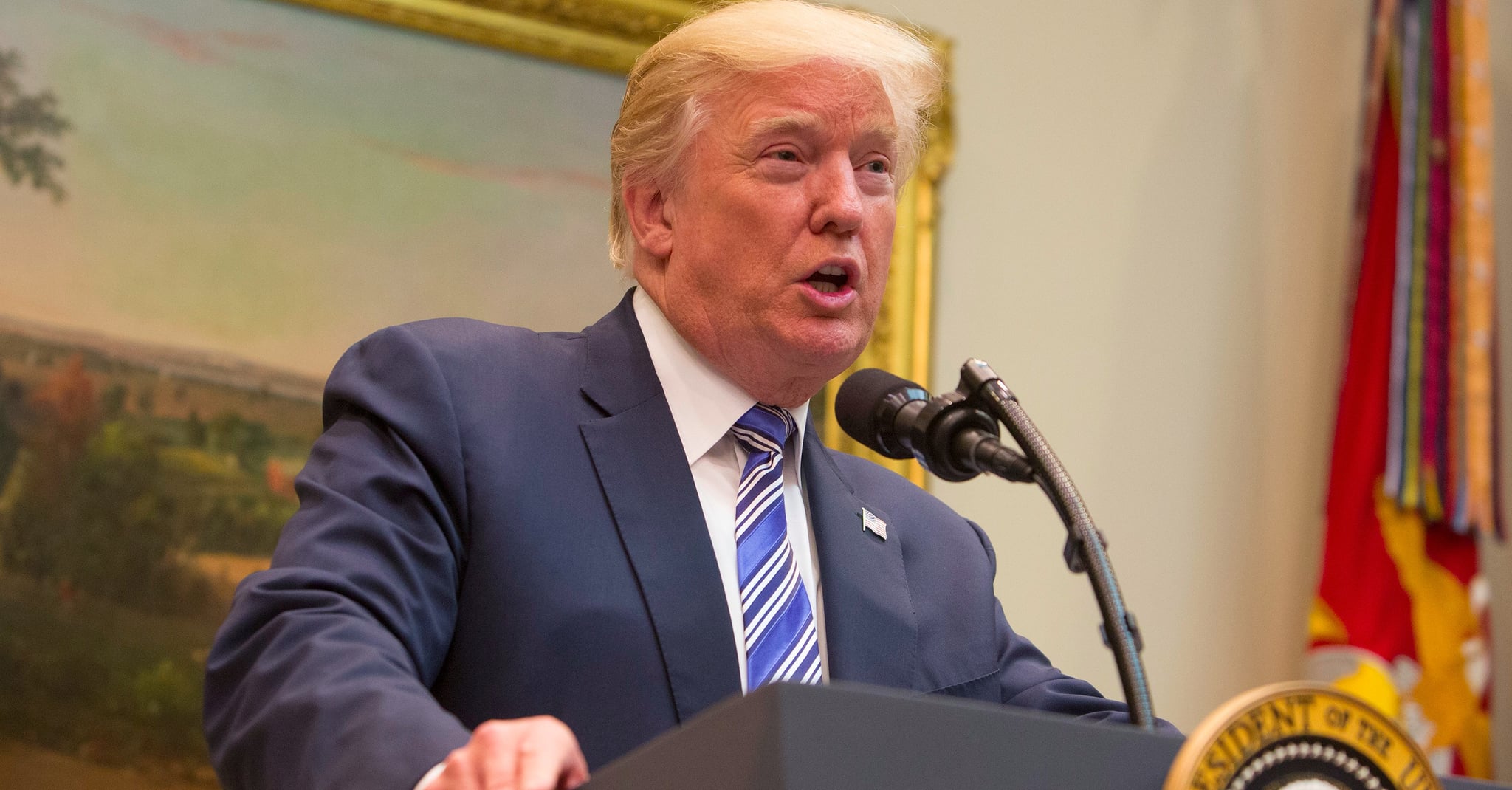 Another day, another Donald Trump comment that has us all scratching our heads. According to a new transcript published by The Washington Post, Trump said that the reason he "hates" allowing refugees into the United States is because "[t]hey are not going to be wonderful people who go on to work for the local milk people" . . . Yeah, we're not sure what he meant by that either. The internet was quick to react to the bizarre comment — which may or may not have been in reference to US dairy farmers — with their own thoughtful and hilarious explanations of what the POTUS might have meant. We've rounded up the best of the bunch for you ahead.

Related:
The Internet Stepped in to Help Democrats Come Up With a Better Slogan Because Honestly, It Couldn't Get Any Worse

Trump on refugees: "They are not going to be wonderful people who go on to work for the local milk people" https://t.co/SCLdfjDAkw pic.twitter.com/TYilZocXUf

"what the hell are local milk people"

I TAKE MY COVFEFE WITH MILK, PEOPLE! NO SUGAR, PEOPLE! #milkpeople

How good a person are you on a scale from Refugee to Works For The Local Milk People?

My grandmother actually was an immigrant who worked for the local milk people. My dad still has her award from the dairy association. https://t.co/oydMmcU9OI

Why do I suspect that "local milk people" didn't include any chocolate milk people?

What if the Local Milk People form an alliance with the Local Cookie People???

You must learn to speak English to come to America. Words like "bigly,""covfefe" and "local milk people."

Local milk people is not even a THING. Why do we have to be embarrassed EVERY day? pic.twitter.com/DWMqAnIbg6

Politics
Trends Come and Go, but Kamala Harris's Pearls Are Here to Stay
by Sarah Wasilak 4 days ago