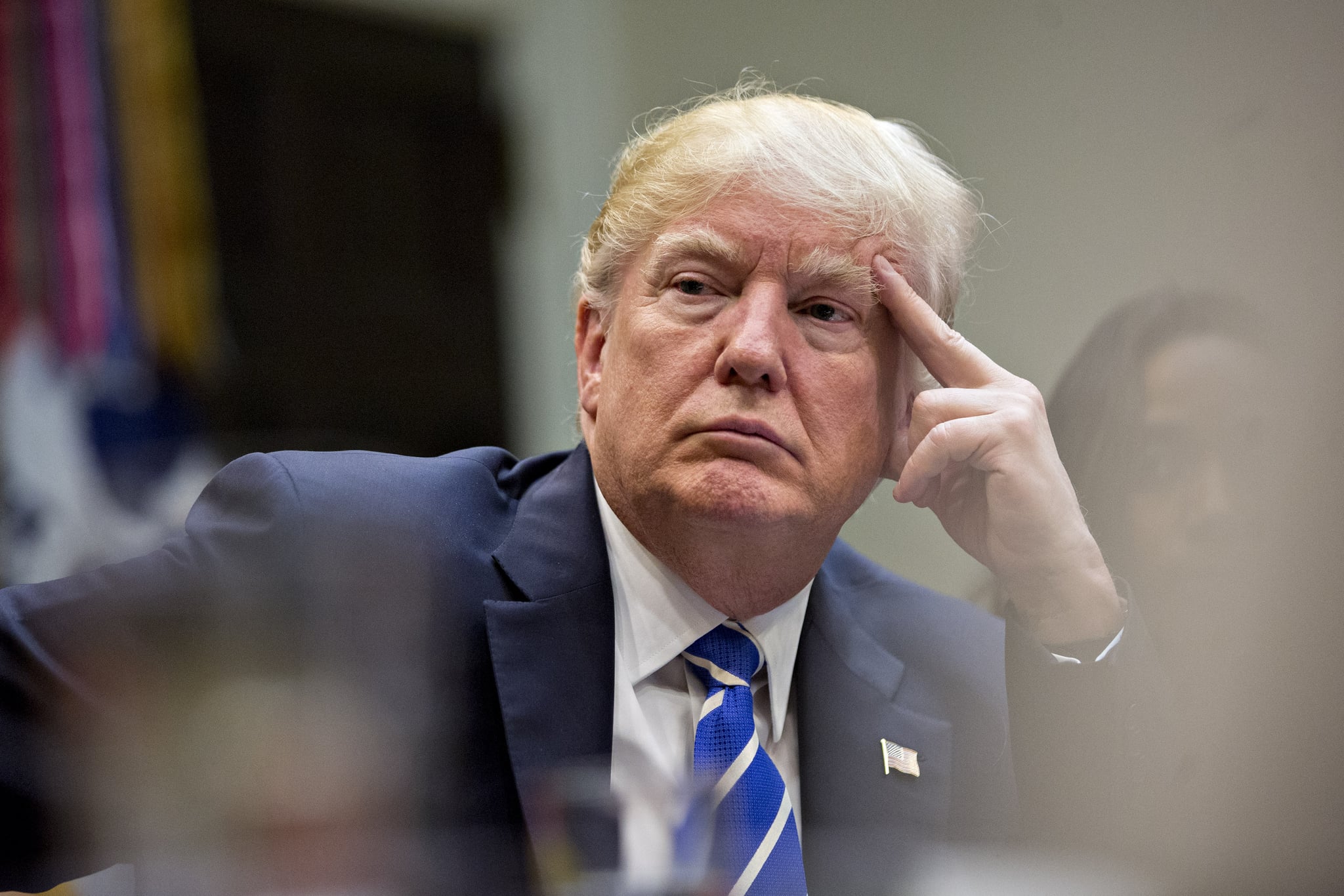 Time and time again throughout his six months in office, we've seen Donald Trump's old tweets come back to haunt him. The latest example proving his contradictory nature? A pair of tweets from 2012, which he fired off after seeing then-President Obama's response to Hurricane Sandy. On Oct. 30 and 31, Trump tweeted twice, criticizing the fact that Obama was on the scene as the storm battered the East Coast of the US — you know, like a "real president."

Not only giving out money, but Obama will be seen today standing in water and rain like he is a real President --- don't fall for it.

Obama is now standing in a puddle acting like a President--give me a break.

Fast-forward to present day, when Trump just did the very thing he scorned Obama for five years ago: traveling to the area affected by a hurricane, where he stood in water and rain. The current POTUS, joined by a stiletto-clad Melania Trump, headed to Texas to assess the damage of Hurricane Harvey. Oh, the irony. Watch out for that puddle, Donald! 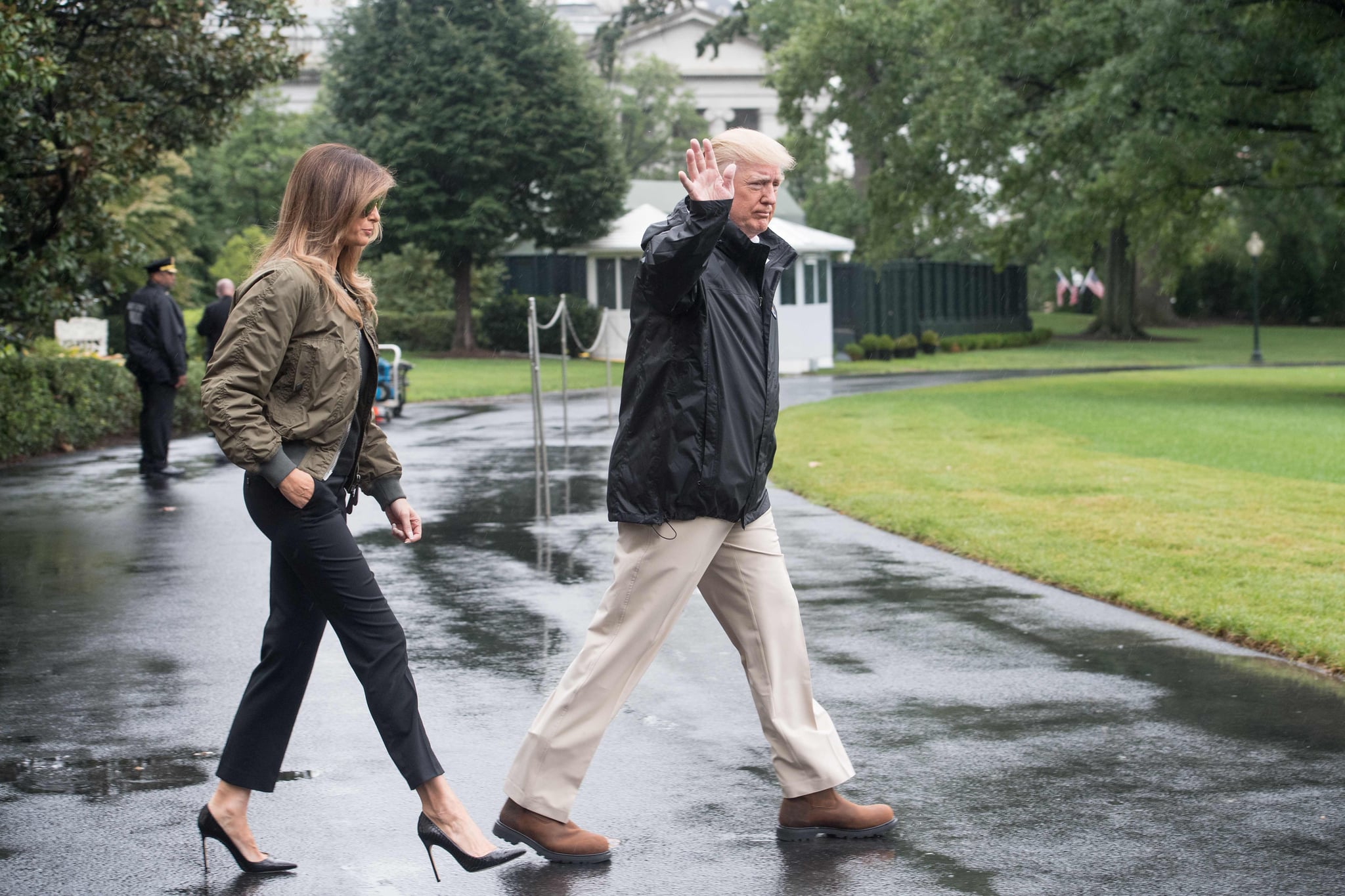 Needless to say, many Twitter users took note of this contradiction and couldn't resist resurfacing it for the rest of the internet to sit back and enjoy.

There really is an old Trump tweet for every situation. https://t.co/DbUZZzgQEy

Nothing about you ages well, does it?

You're now standing in a puddle next to Melania in heels "acting like a President." Give us all a break. #Resign !!!!!