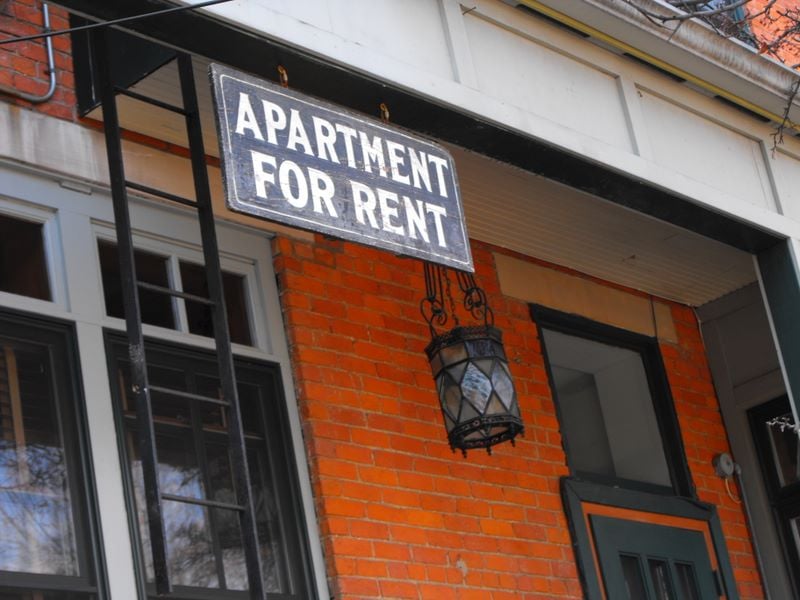 When Diana Kaiser moved to Chicago three years ago, she did not expect it to be so difficult to find her place in the LGBTQ+ community.

"I'm not sure exactly how it is in other cities, but I know my experience in Chicago has been a little challenging," Kaiser told POPSUGAR, likening the process to finding "the secret password of the gay community."

Kaiser was also looking for LGBTQ+ camaraderie to aid another aspect of life: finding a queer-friendly roommate. After living with straight people, Kaiser was looking to live with someone who was, in her words, "more like me" — who wouldn't question her lesbian identity. She found a solution for this problem in a subtly obvious place, one that many people like her have found similar success with: private Facebook groups.

The 30-year-old operations specialist started her own page, the LGBT Roommate/Housing Exchange (Chicago), in the Summer of 2016. The private group now has nearly 400 members.

"People were pretty happy to see it," Kaiser said. "Not only has it been kind of a good resource for roommates but in connecting with people in general."

Kaiser eventually found a roommate through her group but maintains the page because she knows her experience isn't unique. Finding a safe and welcoming place to live is a common predicament for LGBTQ+ people in a country where Fair Housing Laws — acts and executive orders that prohibit housing discrimination based on race, national origin, religion, sex, disability, and more — do not explicitly prohibit discrimination based on sexual or gender orientation.

According to a 2017 Gallup poll, 25.2 percent of millennials live with roommates. This age group also appears in the largest numbers in the LGBTQ+ population. For LGBTQ+ millennials looking to cohabitate, places like Craigslist are serviceable but sketchy, while LGBTQ+ housing resources are often limited to specific cities (like NYC's Rainbow Roommates and the Human Rights Campaign's DC housing information) or are housed on less-robust social networks or platforms (as is the case with queer roommate app TUTUroomii). So people improvise, and Facebook has been an invaluable tool in this process.

The Challenges of Finding LGBTQ+-Friendly Roommates and Combating Housing Discrimination

As many long-term users will attest, Facebook is a surprising mirror of real life. The social network has roughly a quarter of the world's population connected with two billion active users. In 2015, six million of Facebook's some-200 million American users identified as LGBTQ+. This number is an accurate reflection of America: while the Census has never conducted a survey on sexual or gender identities, Gallup estimated in early 2017 that four percent of the population, or about 10 million adults, identify as LGBTQ+.

While Facebook has faced criticism for how it's approached hate speech and the silencing of marginalized users, it's clear Facebook groups have done much to help LGBTQ+ users connect and find safe housing — which remains a challenge, even in 2017. Alex Deve, product manager for Facebook Groups, echoes Mark Zuckerberg's thoughts when he says this trend represents the company's effort to unite people. "Facebook's mission is to give people the power to build community and bring the world closer together," Deve told POPSUGAR. "People often connect online in order to strengthen their physical communities. One of the ways we see this come to life is through Facebook Groups like Queer Housing New York City, which supports people as they search for the right place to live."

"Housing discrimination is really pervasive overall, particularly in regards to discrimination on gender identity or orientation," Lambda Legal Staff Attorney Omar Gonzalez-Pagan explained to POPSUGAR. "The reality is that it's incredibly underreported. Most people don't have the resources to fight a legal battle."

Gonzalez-Pagan notes that advances have been made, like a recent landmark court victory in Colorado in which a same-sex couple (one of whom identifies as transgender) and their kids were denied a rental property because their "unique relationship" was seen as a "distraction" in their small town. The couple won the case as the landlord's actions were deemed violations of both the federal Fair Housing Act and the Colorado Anti-Discrimination Act. While this is a positive development, the fact that this problem persists, that protections aren't pervasive, and that many are unable to act on taking measures against discrimination is alarming.

"It's an example of why we need clear and explicit protections," Gonzalez-Pagan said. "The only way that we're going to eradicate discrimination is when we're able to report it to the agencies necessary or to us."

"When you put it into context of the number of LGBT people, you see that rates are fairly similar, because the LGBT population is just so small compared to how many women there are and how many people of color there are," Mallory said.

Peter Marie is a graduate teaching assistant currently living in Virginia who identifies as transgender and nonbinary. Marie lived in Louisiana for 20 years and had a particularly tough time navigating living situations with his family and roommates. Even larger cities in the Southern state, like Baton Rouge, were problematic. Marie started the small-but-vital Baton Rouge Queer Housing group after being inspired by the work of Louisiana Trans Advocates. 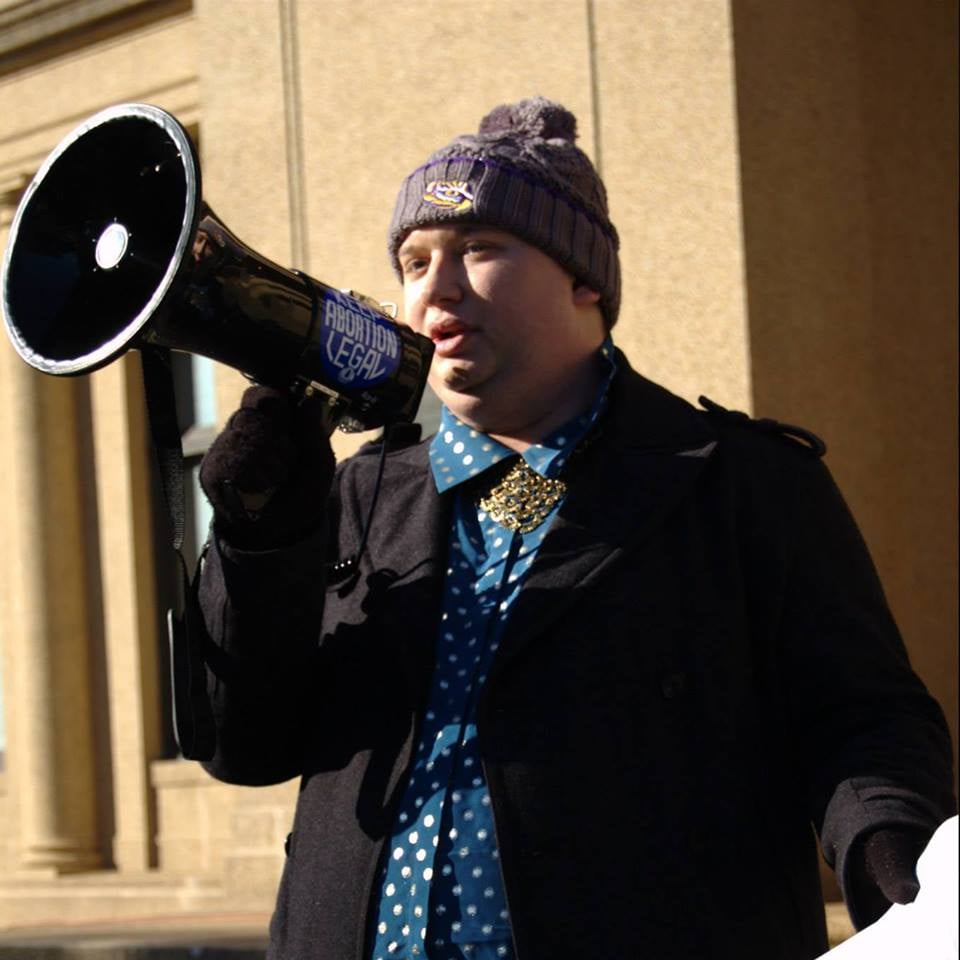 "If there's anything that I could do to make any kind of dent or any kind of positive motion toward finding people good housing in Baton Rouge, I'd do that," Marie told POPSUGAR. "Thankfully, starting a Facebook group really isn't that hard."

Marie finds that anti-LGBTQ+ discrimination and racism in the area have compounded the issue in a city like Baton Rouge, in a state where there are few protections against discrimination in housing, education, and employment. "LGBTQ people face violence every single day, and being able to go home at the end of the day and feel safe is extremely important," the 28-year-old said. "After we've dealt with five hours of people making snide comments toward us in public — skewering us online because we had the audacity to wear lipstick — it's important for us to be able to go home, decompress, have a nice piece of cheesecake, watch Golden Girls, and everything else without having that continue in our own home."

Claire Gooley, a nonbinary self-described "queer folk punk kid" based in Asheville, NC, echoes these hopes. That's why she started the Asheville/WNC Queer Housing Network earlier this year. North Carolina offers no protections for discrimination in housing, education, or employment (and is home to the first highly transphobic bathroom bill).

"Facebook has made an amazingly safe place for queer housing," Gooley, 25, told POPSUGAR. "You can see if you have mutual friends and support mutual things. You also use direct messaging to get to know people before having to meet them in person. Craigslist was helpful, but you never really know who is on the other side of the screen. Facebook is definitely a modern blessing to the queer community." 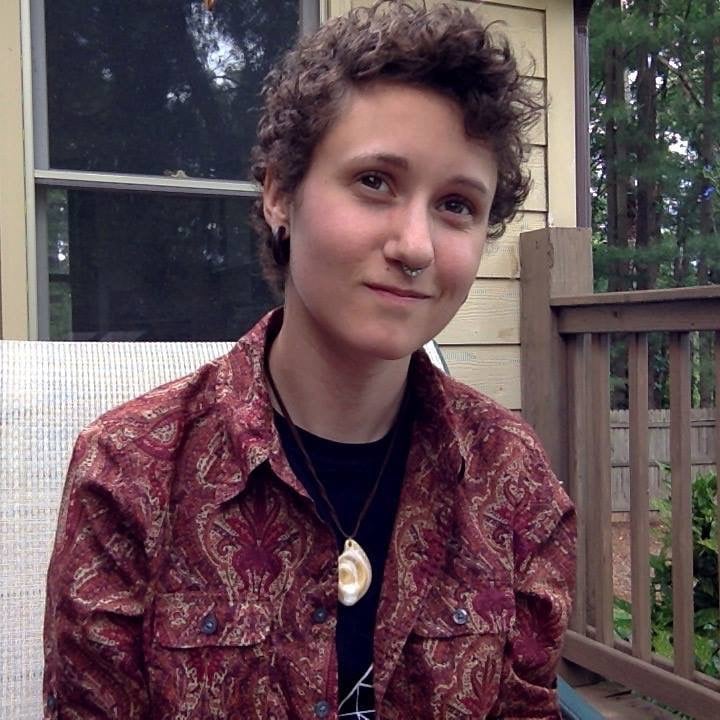 Despite her page's small size, she says it's vital to her city's strong and young queer community. "We have had a lot of great conversations on the page and people [are] consistently asking to join the group," Gooley told POPSUGAR. "[Asheville] is a mostly safe place to live for queer people . . . but, going just 10, 15 minutes outside of the city into the county, you see Confederate flags and very alt-right personalities."

Even Kaiser, whose group represents Chicago, has felt similar anxiety in her community. "It's a pretty divided city," she said. "There's definitely been a rise in fear . . . Even though Chicago is the safest place I've ever felt, I still feel a little bit stressed. I feel alert and uneasy when I walk down the street with my girlfriend."

At a time in America when the safety and happiness of LGBTQ+ people is reliant on one's zip code, and when our president refuses to protect LGBTQ+ rights, those who need help finding space for themselves are taking matters into their own hands in creative ways thanks to Facebook.

"It felt like the only time I was safe was when I was asleep," Marie said of a previous housing situation. That's why Marie says these Facebook groups have been so critical: they provide direct lines to those seeking similar spaces "that they can call their own."

"The best thing that can happen," Marie said, "is we can help someone to find a space that they're comfortable in."

LGBTQ+
Around The Web

Personal Essay
Cartoons Are Finally Embracing the LGBTQ+ Community, and It Means the World to Me
by Deniz Sahinturk 1 day ago

Harry Potter
I Am a Harry Potter Fan, but Now I'm Rethinking Everything
by Tara Block 6 days ago