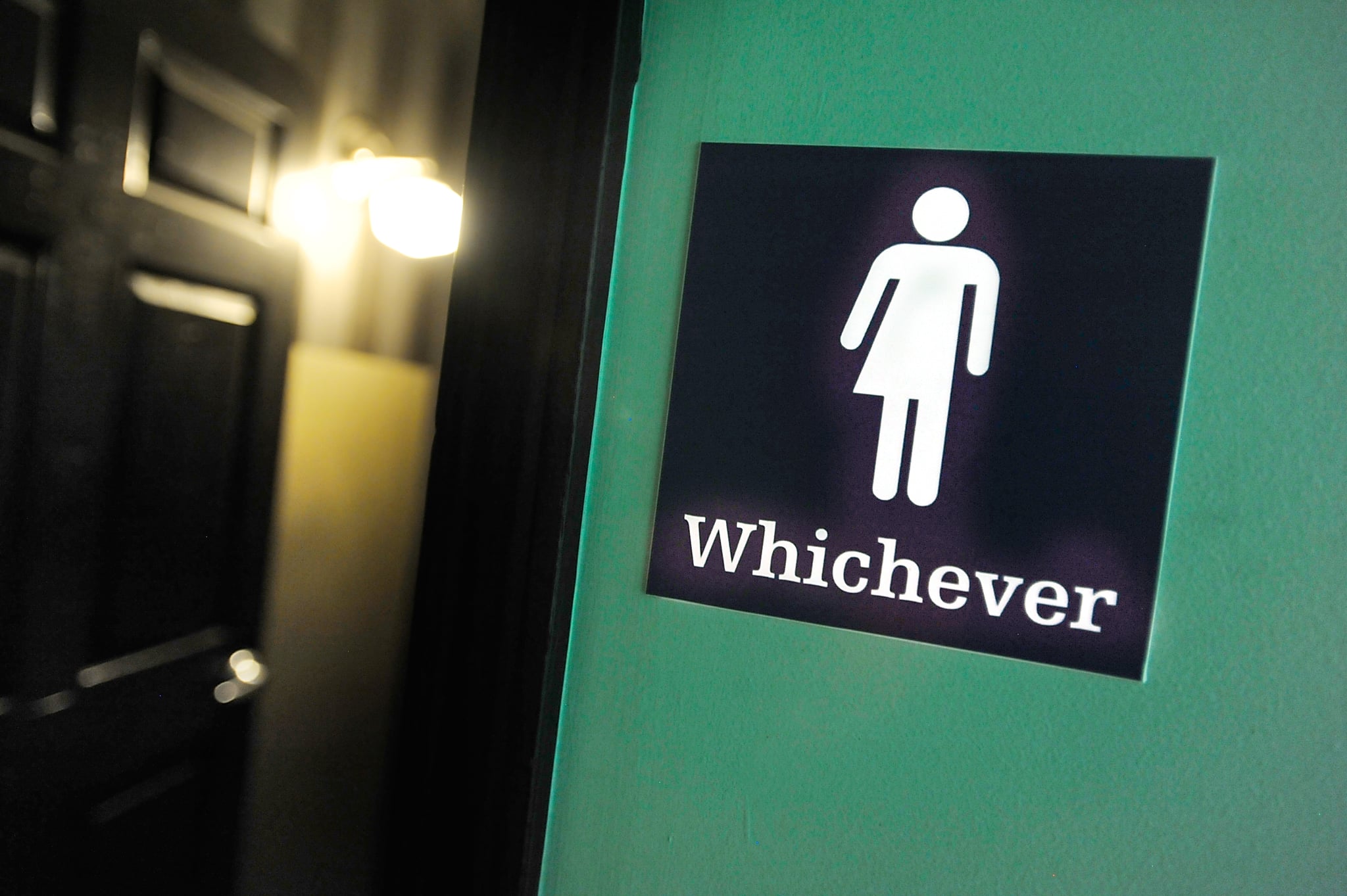 This isn't the first time our country's discussion of civil rights has ended up in the toilet.

North Carolina recently passed House Bill 2, a sweeping piece of legislation that clamps down on civil rights protections throughout the state. The law has drawn the most attention for the fact that it will make transgender people use the bathroom that corresponds to the gender on their birth certificates rather than the gender they identify with. But it also imposes a strict definition of what forms of discrimination are prohibited under state law — namely discrimination based on race, religion, color, national origin, age, biological sex, or handicap. Sexual orientation is never explicitly protected by state law, and HB2 will now prevent any local-level LGBTQ protections from being passed in North Carolina.

The law undoes previous expansions on LGBTQ rights in the state, offers limited opportunity for legal recourse against discrimination, and presents a broad threat to civil rights as a whole. But instead of discussing this, many people are simply calling it a "bathroom bill" and focusing on the hypothetical threat of men using it as an excuse to enter the women's restroom. Why is this the first concern people jump to when issues of LGBTQ protections come up for debate? The answer comes down to decades of political propaganda in this country.

Conservative backlash to social justice legislation has a tradition of refocusing the debate on the bathroom and sexualizing it; the concepts of privacy and safety have long been used to justify opposition to increased access and protection for minority groups. At the time of desegregation in the 1960s, for example, some white lawmakers resisted the idea of repealing Jim Crow laws because they saw it as black men's attempt to gain greater access to white women. And, as the New York Times explains, some white women refused to share bathrooms with their black co-workers, claiming they would catch syphilis from towels and toilet seats.

Similar themes emerged in the fight to pass the Equal Rights Amendment. The amendment was first created in 1923 and sought to guarantee legal equal rights to women and men. It was introduced in every session of Congress until it passed in reworded form in 1972. However, after the amendment was sent out to states to be ratified, the ERA was met by a strong and highly organized opposition group that equated the ratification of the law with the end of traditional America.

The Stop-ERA campaign advocates successfully focused on the idea that banning discrimination based on sex would result in the removal of all single-sex bathrooms, a move that feminist scholar Jane Mansbridge said was designed to "conjure up visions of rape by predatory males" and that "the unisex toilet issue fed the fervor of the anti-ERA forces by giving them something absolutely outrageous to focus on." They even branded the amendment as the "Common Toilet Law," a move which the Fair Campaign Practices Commission unanimously deemed misleading but could not put an end to. The result was that the Equal Rights Amendment was never ratified.

Today, such propaganda continues to have devastating political effects. In November 2015, Houston voters rejected the Houston Equal Rights Ordinance (HERO), a broad civil rights ordinance that targeted a wide range of discrimination, including against race, religion, military status, and sexual orientation. Voters were motivated to oppose the bill after vigorous campaigning by far-right groups to reframe the ordinance as a "bathroom bill" and an issue of women and children's safety, such as in this disturbing political ad:

Even if we do examine this as solely an issue of privacy and safety in public facilities, the reality is that there is negligible evidence to indicate any rise in violence would follow a gender identity accommodation bill. States where protections have already been implemented, like Hawaii and Connecticut, have seen no such rise in sexual violence. If anything, crime rates are more likely to fall, given that transgender people encounter disproportionately high rates of violence, including in public restrooms.

But the fact that we turn these legislative acts into an issue of "bathroom bills" at all is fundamentally wrong. Thousands of dollars and years of campaigning have been invested in the fight for equal protections and that term makes it seem like nothing more than a debate about whom we let enter the ladies room. There is a historical precedent for this brand of fear mongering, and it is time we stopped letting the term "bathroom bill" define what really is: a critical human rights debate.

Good Morning America
Former Bachelor Colton Underwood Comes Out as Gay: "I've Ran From Myself For a Long Time"
by Kelsie Gibson 2 days ago