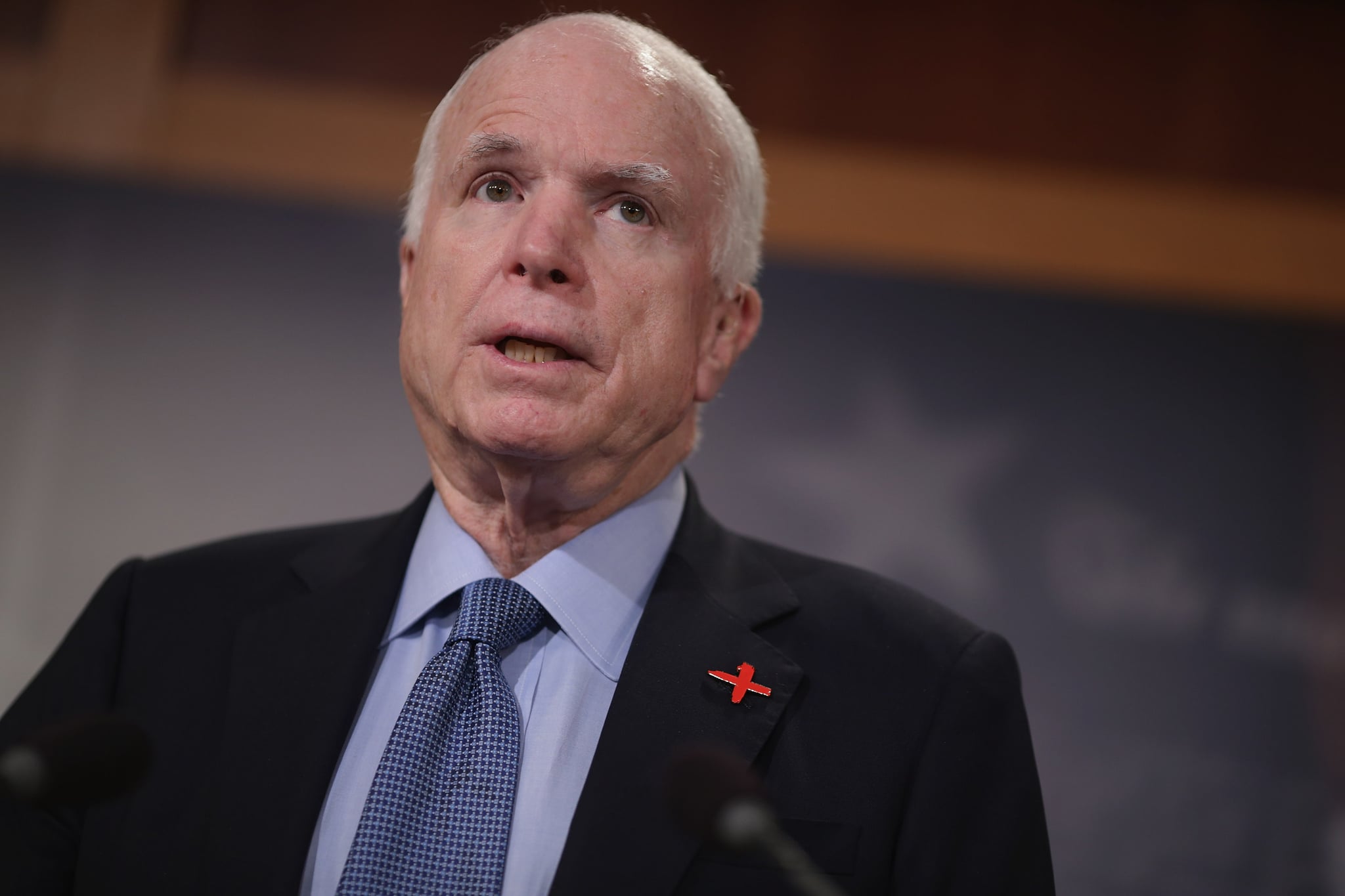 John McCain is speaking out about Donald Trump's comments toward the Khan family after several other Republicans have distanced themselves from the controversy. Khizr Khan is an immigrant and the Muslim father of American soldier Humayun Khan, who died serving in Iraq in 2004. With his wife, Ghazala, standing next to him at the Democratic National Convention on Thursday, Khizr criticized Trump for calling for a ban on all Muslims. The GOP presidential nominee responded over the weekend, saying that he wanted to hear Ghazala say something, which many took to be an insult about how women are treated in the Islamic culture.

McCain, an Arizona senator who was the GOP presidential nominee in 2008 and a prisoner of war in Vietnam, released a statement today according to CNN, saying:

"I cannot emphasize enough how deeply I disagree with Mr. Trump's statement. I hope Americans understand that the remarks do not represent the views of our Republican Party, its officers, or candidates."

He also addressed Humayun's death, explaining how the army captain died when he ordered his soldiers to back away from an oncoming car that was driven by a suicide bomber.

"Captain Humayun Khan of the United States Army showed in his final moments that he was filled and motivated by this love. His name will live forever in American memory, as an example of true American greatness."

McCain then called out Trump for defaming the Khan family and thanked Humayun's parents for moving to the US: "It is time for Donald Trump to set the example for our country and the future of the Republican Party. While our Party has bestowed upon him the nomination, it is not accompanied by unfettered license to defame those who are the best among us. Lastly, I'd like to say to Mr. and Mrs. Khan: thank you for immigrating to America. We're a better country because of you. And you are certainly right; your son was the best of America, and the memory of his sacrifice will make us a better nation — and he will never be forgotten."

McCain has been a target of Trump's insults himself — in 2015, Trump said McCain wasn't a war hero, setting off a firestorm of criticism.