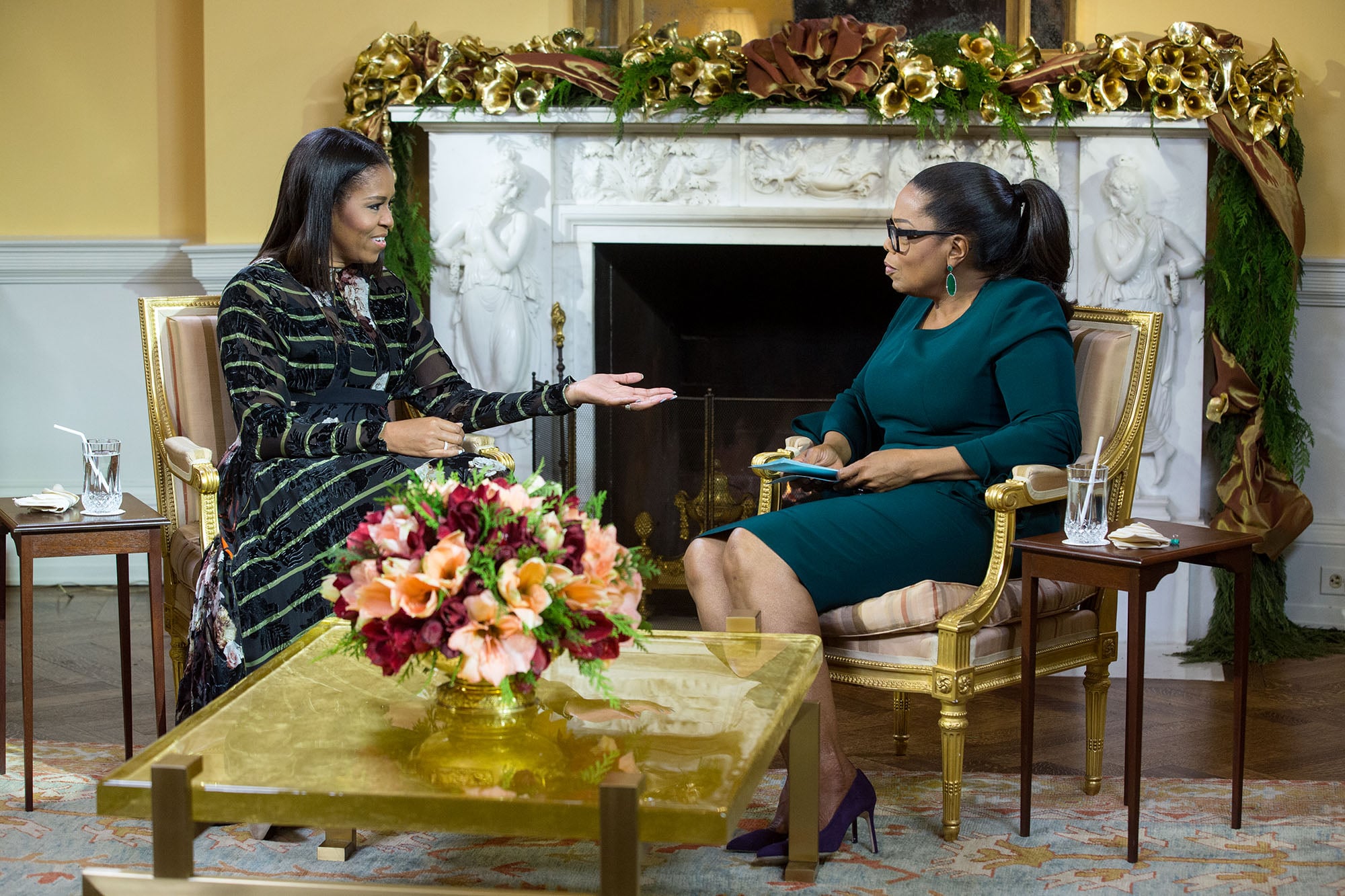 First Lady Michelle Obama sat down with Oprah Winfrey for a wide-ranging interview on CBS on Monday night, tackling the racism she and President Obama faced while in office, the vitriol of the 2016 election, and her private conversation with Melania Trump at the White House. Obama said she told Trump her "door is open" if she has questions or wants advice, and said she wants to be a welcoming force — much like Laura Bush was to her when she succeeded her in the role — adding, "I'm not new in this going high thing."

The first lady also reflected on the legacy of hope she believes she and President Obama will have left behind. "Now we're feeling what not having hope feels like," she said. "Hope is necessary. It's a necessary concept, and Barack didn't just talk about hope because he thought it was a nice slogan to get votes."

Mrs. Obama also spoke about her reaction to some of the racially motivated criticism she faced while in the White House, including being reduced to an "angry black woman" stereotype.