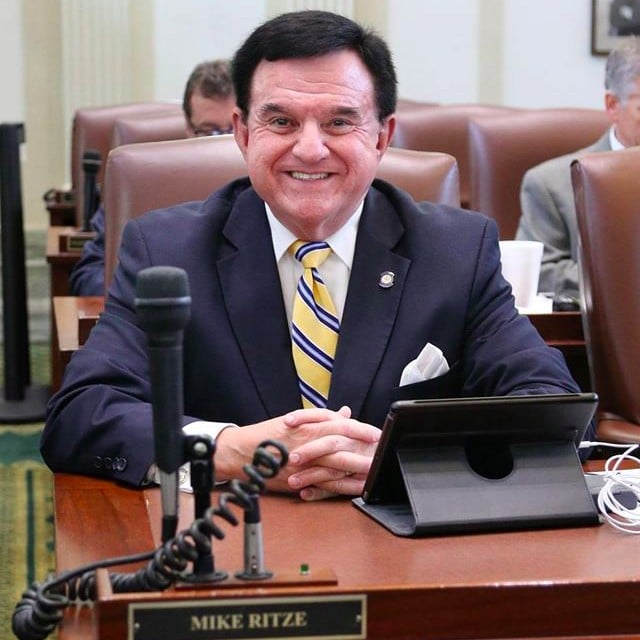 An Oklahoma State Representative has drawn the ire of his party and Democrats after proposing a completely unconstitutional solution to the state's looming budget crisis. Facing a $900 million deficit, House Representative Mike Ritze suggested that the state should "identify" non-English speaking children in the public school system and turn them over to Immigration and Customs Enforcement (ICE) if they are undocumented.

Speaking to local television network, News 9, on May 10, Ritze questioned whether the state should pay for the education of noncitizen kids. "Identify them and then turn them over to ICE to see if they truly are citizens," Ritze said of the some 82,000 non-English speaking students in the Oklahoma school system. "Do we really have to educate noncitizens?"

Despite his elected position, Ritze does not seem to have a full grasp of the Constitution. Thankfully, the American Civil Liberties Union (and just about everyone else in Oklahoma's legislature) does. A 1982 Supreme Court Decision made it illegal to refuse undocumented students education in the historic Texas case Plyler v. Doe. The ACLU also points out that Ritze's plan would essentially necessitate racial profiling, since a child's ability to speak English does not correlate to their immigration status.

Both the Republican governor and state school system superintendent fully dismissed the plan. Describing the plan as "utterly shameful," Superintendent Joy Hofmeister released a statement regarding Ritze's plan. "There is no benefit to floating outrageous ideas that seek to punish kids," she said.

Identity
Updating Your Status: Pranjal Jain on Using Social Media as the Ultimate Tool For Change
by Chanel Vargas 4 days ago