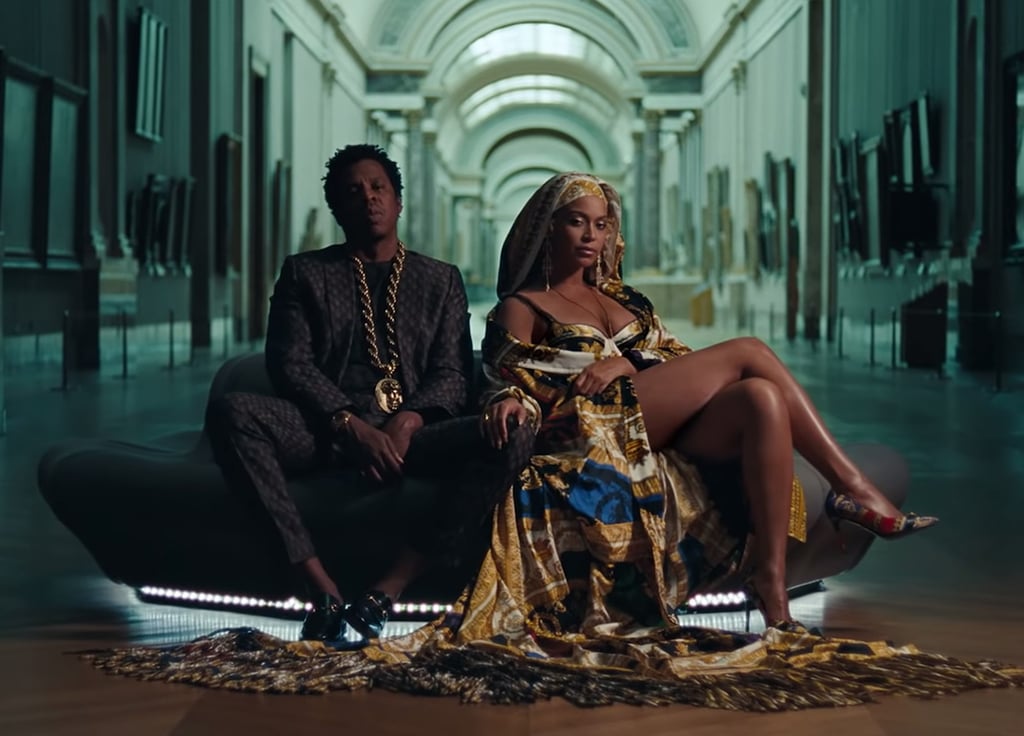 These Politically Charged Music Videos Had Us Screaming "Do It For the Culture!" in 2018

Let's not mince words: 2018 was a year of major political and social conflict. There were hundreds of mass shootings in America, hate crimes were on the rise, we witnessed horrific acts of violence against marginalized groups, and the very cornerstones of democracy were threatened in myriad ways around the globe. But with every voice that's suppressed, another rises up to speak against inequality, call out social injustices, celebrate our differences, and advocate for change. And that, my friends, is what we call "doing it for the culture."

This year, countless musical artists used their platforms to not only address political and social turmoil, but uplift and encourage underrepresented groups. Childish Gambino hurled us into a gyre of "shook" when he dropped the music video for "This Is America" in May, and Beyoncé and JAY-Z practically stopped time when they released the video for "Apesh*t" in June. They weren't just clips imbued with spectacles and impeccable production value; they were powerful commentaries on hot-button issues that we've been forced to confront in recent years: gun violence, racism, and sexism among them.

While many music videos placed politics and social justice at the forefront this year, some stood out as especially impactful. Read on to see a few of the videos that generated constructive conversations, all while providing the masses with some serious bangers.

Spotify
It's Music to Our Ears! This Cool Website Shows You Your Top Songs in the Form of a Receipt
by Lauren Harano 3 days ago