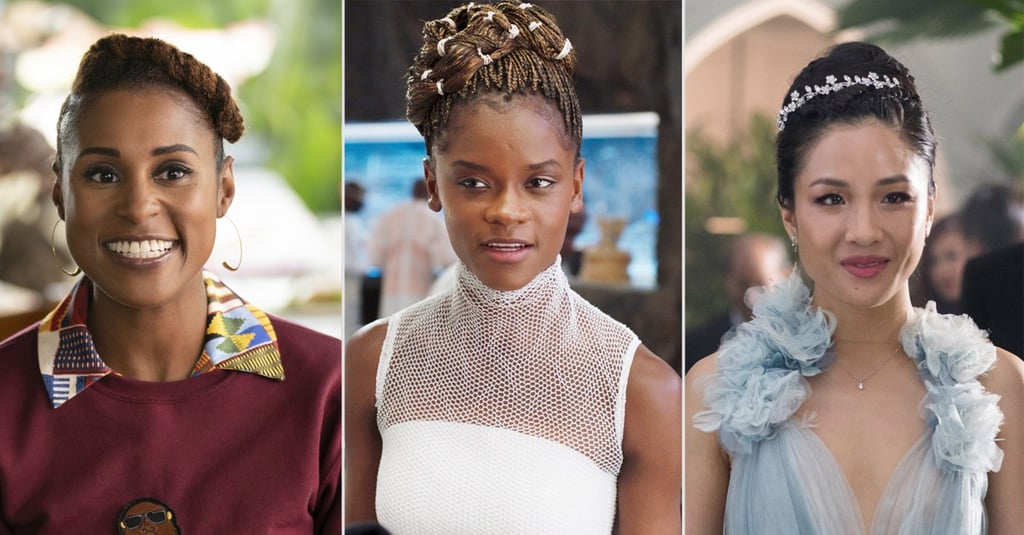 Just like any other year, 2018 has had its ups and downs. Although, what qualifies as "down" has become progressively more frightening, and it's not an understatement to say our country is in a serious state of unrest.

As a black woman, it's not easy waking up to devastating headlines about hate crimes that target people who look like me or horrific acts of violence against other marginalized groups. I can't help but think, "That could have been me." Sadly, this has now become the reality that I, along with millions of other people, must face every day. That's why whenever I get to see my identity as a person of color being represented positively on screen, it feels more than refreshing — it feels as if society might actually be slowly shifting under my feet. Despite all of the gut-wrenching tragedies that are plaguing the world, there's still hope for positive change. All you have to do is look at some of the amazing, diverse results from this year's midterm election to see the proof.

Thankfully, 2018 has also had some highlights in terms of seeing representation in the media. The level of excitement I had while standing in line at the premiere of Black Panther was surpassed only by my level of joy after watching the film. And when I saw the predominately Asian cast in Crazy Rich Asians take over the rom-com scene in theaters, my heart felt full. Those are the moments I held onto throughout the year. Those are the moments that gave me hope for a better, more inclusive world. But there's more where that came from, so read on to see which films and shows from this year made me especially proud to be a person of color.

Related:
I Rarely Identify With Asians on Screen, but Here's Why Crazy Rich Asians Is So Important
Previous Next Start Slideshow
Black PantherInsecureTVMoviesTo All The Boys I've Loved BeforeCrazy Rich AsiansBest Of 2018