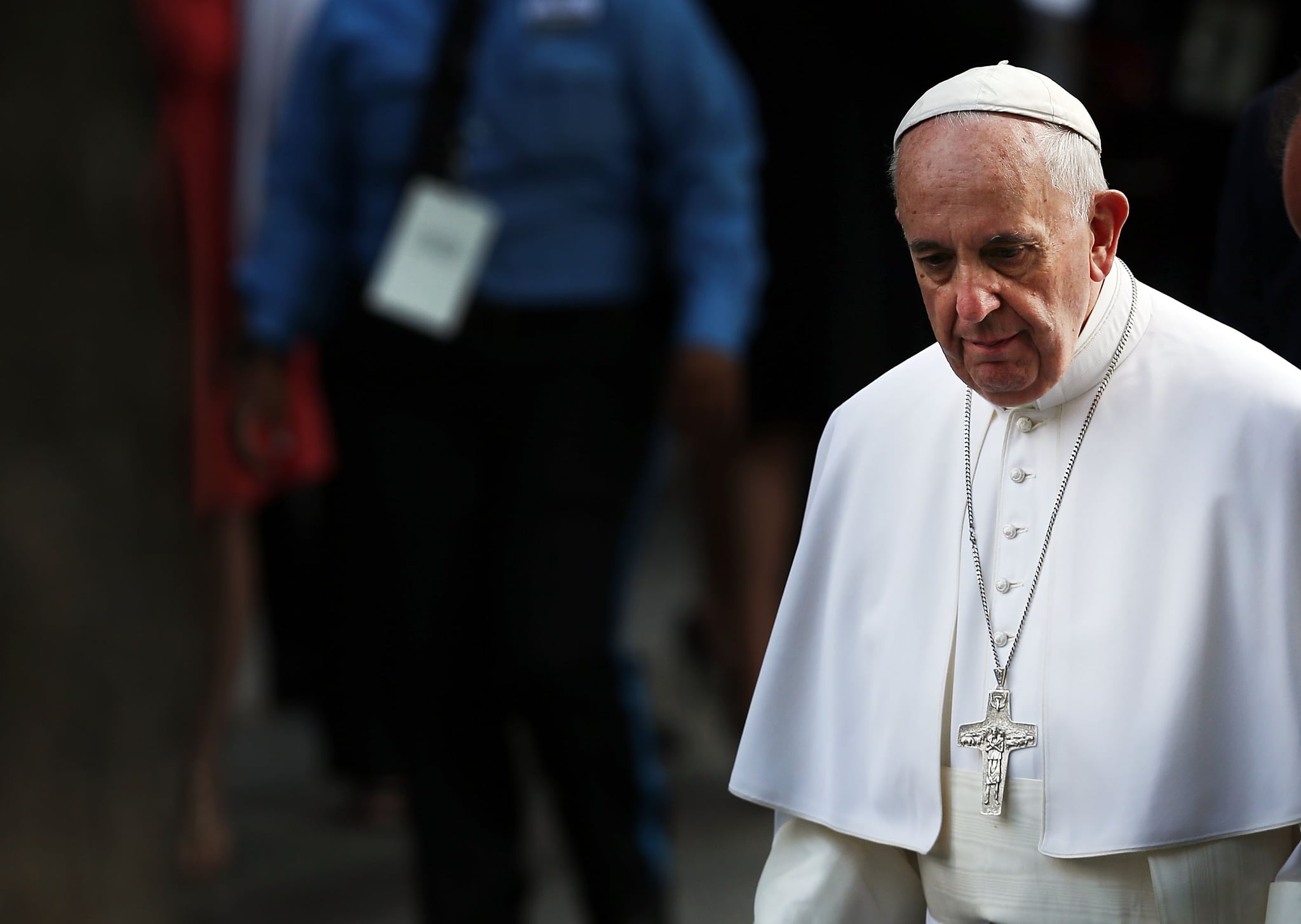 Pope Francis, arguably the coolest pope in the Catholic Church's history, is disseminating his cold, hard knowledge again. Appearing on an unannounced TED Talk from the Vatican on April 25, Pope Francis shared a message of caution — coupled with optimism — with viewers of the conference.

TED Talks typically revolve around three topics: technology, entertainment, and design. The pope's address focused on harnessing technology's potential to unite people for a collective benefit as opposed to the individualistic society its spawned.

The Catholic Church's leader also echoed his previous statements about immigration and the necessity for a communal society. "I, myself, was born in a family of migrants; my father, my grandparents, like many other Italians, left for Argentina and met the fate of those who are left with nothing," Francis explained. "I could have very well ended up among today's 'discarded' people. And that's why I always ask myself, deep in my heart: 'Why them and not me?'"

Later in the video call, the pope bluntly criticized absolute power's danger and the destruction that is attached to it. "The more powerful you are, the more your actions will have an impact on people, the more responsible you are to act humbly," Pope Francis warned. "If you don't, your power will ruin you, and you will ruin the other."

Channeling his familiar lighthearted presence, Pope Francis repeated an Argentinian fable to illustrate his point. "There is a saying in Argentina: 'Power is like drinking gin on an empty stomach,'" he chided.

Perhaps most eloquently, the pope reiterated a familiar parable — that no man is an island — to emphasize the power of community. "I would love it if this meeting could help to remind us that we all need each other, none of us is an island, an autonomous and independent 'I,' separated from the other," the pope said. "We can only build the future by standing together, including everyone."