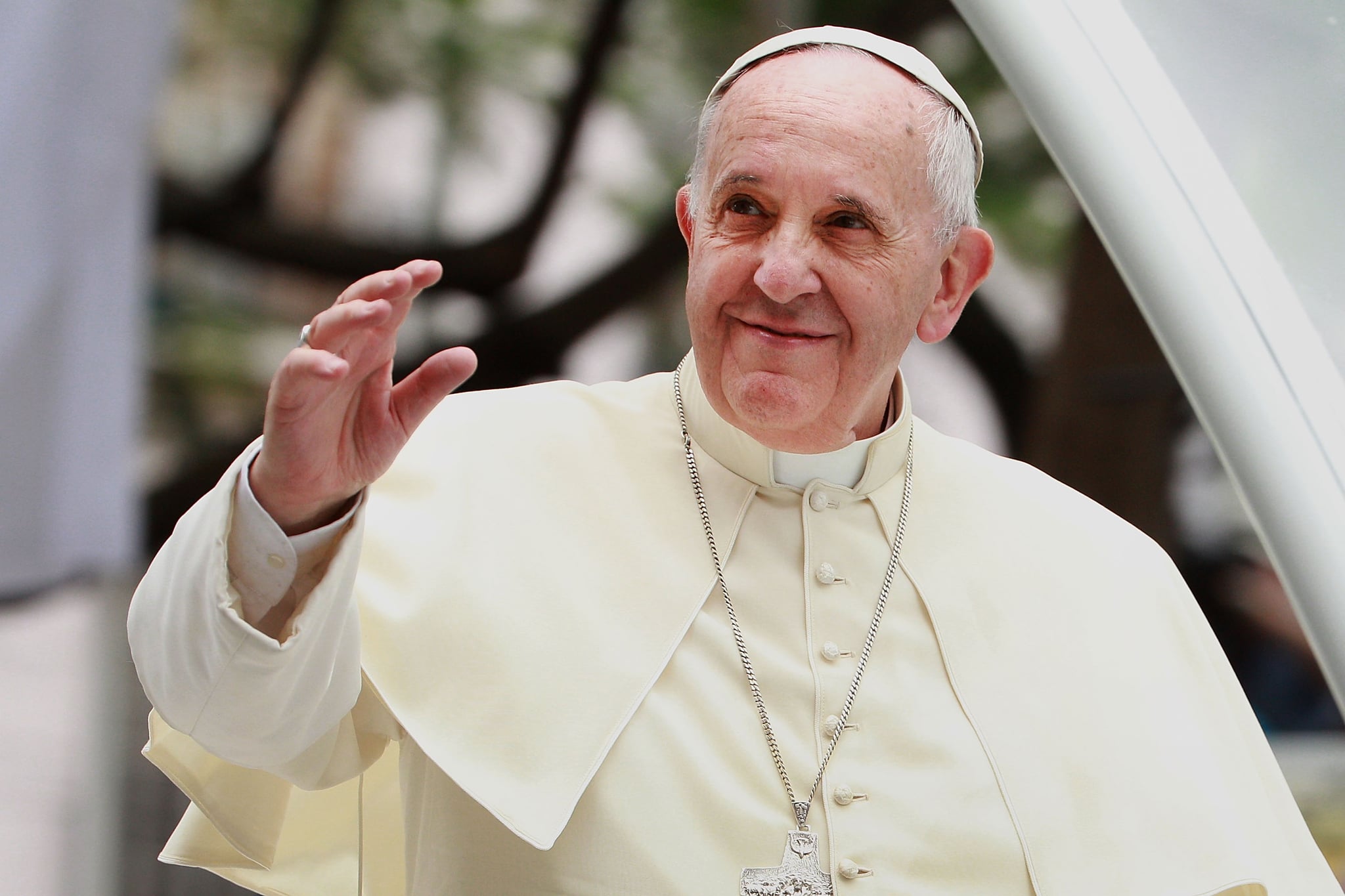 People have a lovely way of subtly calling out Donald Trump without even having to say his name. Barack Obama did it in a hilarious sketch alongside Stephen Colbert, Michelle Obama did it several times throughout Hillary Clinton's campaign, Meryl Streep did it in her powerful Golden Globes acceptance speech — and now, Pope Francis is getting in on the action, too.

During his weekly general address at the Vatican on Feb. 8, the pope offered a few meaningful comments on the worldwide need for peace and understanding. "In the social and civil context as well, I appeal not to create walls but to build bridges," he said. "To not respond to evil with evil. To defeat evil with good, the offense with forgiveness. A Christian would never say, 'You will pay for that.' Never."

"In the social and civil context as well, I appeal not to create walls but to build bridges."

Although he did not specifically mention the POTUS, many believe the pope was referring to Trump, especially considering the celebration that he was observing on Feb. 8. The day marked the feast day of St. Josephine Bakhita, a Sudanese slave who became a nun after her migration to Europe. Sudan is one of the seven counties affected by Trump's contested travel ban.

This is not the first time the pope has referenced this "bridges not walls" sentiment. After visiting the US-Mexico border last year, he was asked about Trump's plans to build a wall, to which he responded that anyone with such plans is "not Christian."

We hear you loud and clear, Pope Francis.