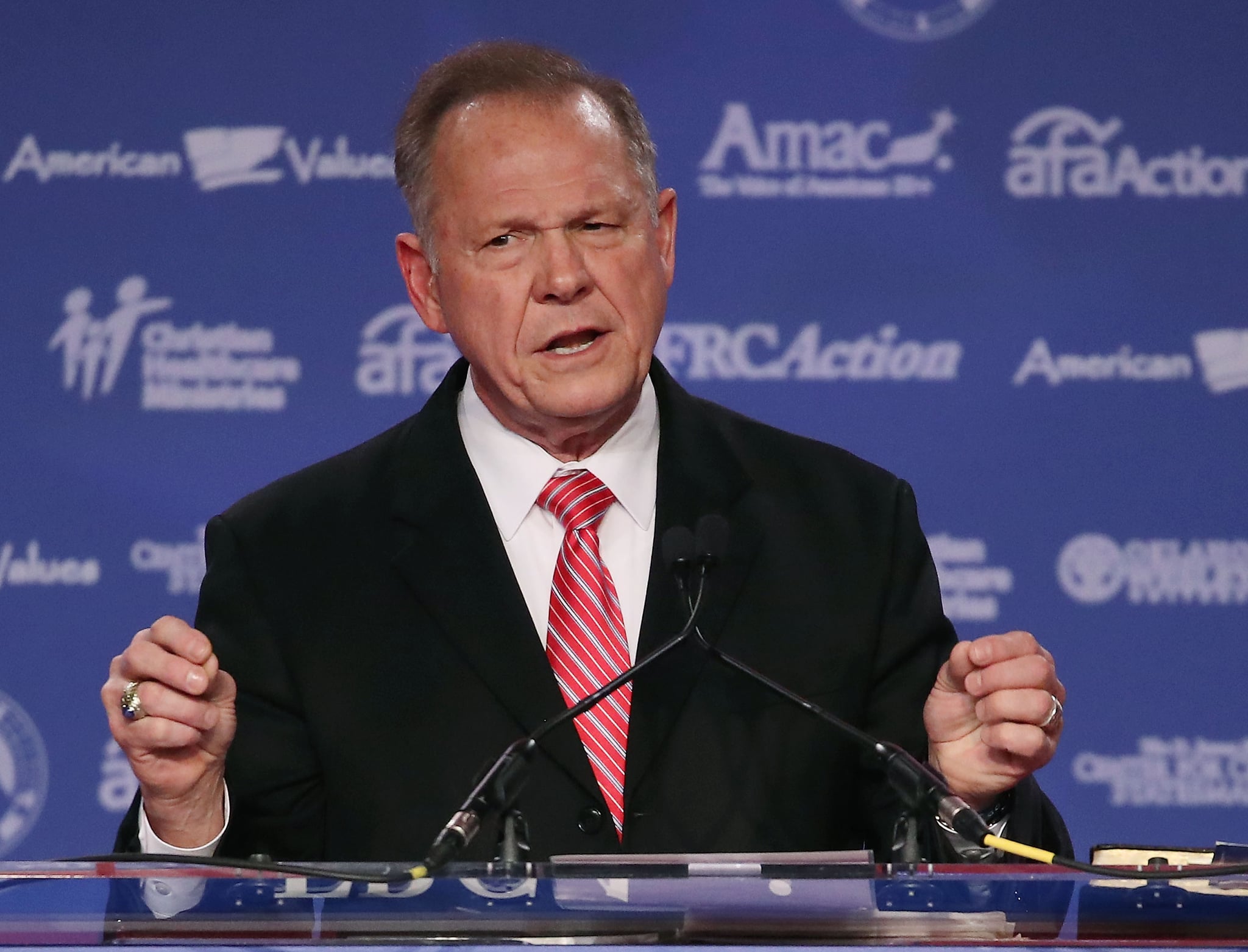 We've warned you before about the hateful ideologies of Roy Moore, the Alabama Republican Senate nominee, but a 2016 interview that's been unearthed by Talking Points Memo sheds new light on his controversial opinions. On a podcast called Here I Stand — run by a religious conservative organization known as the Christian Emergency League — Moore suggests that legalizing same-sex marriage in the United States is "even worse" than the Dred Scott decision, an 1857 court ruling that upheld the practice of slavery. Here's the full quote for context, which you can also listen to yourself.

"In 1857, the United States Supreme Court did rule that black people were property. Of course, that contradicted the Constitution, and it took a civil war to overturn it. But this ruling in Obergefell is even worse in a sense because it forces not only people to recognize marriage other than the institution ordained of God and recognized by nearly every state in the union; it says that you now must do away with the definition of marriage and make it between two persons of the same gender."

Think it doesn't get worse? In 2015, Moore also compared the legalization of same-sex marriage to the Nuremberg trials in Germany, which sought to punish those involved in the genocide of Jewish people in World War II. "Could I do this if I were in Nuremberg, say that I was following the orders of the highest authority to kill Jews? . . . Could I say I was ordered to do so?" When reminded that the Nuremberg trials were held due to the murder of human beings and not upholding a same-sex marriage law, Moore asked, "Is there a difference?"

This is, of course, not the first time Moore has said something incendiary. In fact, this man has a long and problematic history that includes Islamophobia, offensive slurs, and inflammatory statements about 9/11. That said, this particular attitude, and his efforts to disobey the ruling, eventually led to his removal from office. Now, consider that Moore is a Senate nominee who already won a primary election. The only thing standing in his way is a Democratic nominee, and Alabama is a historically "deep red" state that did indeed go to Trump in the 2016 election. In other words, there's a real chance Moore will soon be shaping legislation in America as a member of Congress. Sleep tight, everyone!

Sam Smith
Kim Petras on Being the First Trans Woman to Win Best Pop Duo at the Grammys: "Labels Matter"
by Eden Arielle Gordon 1 day ago