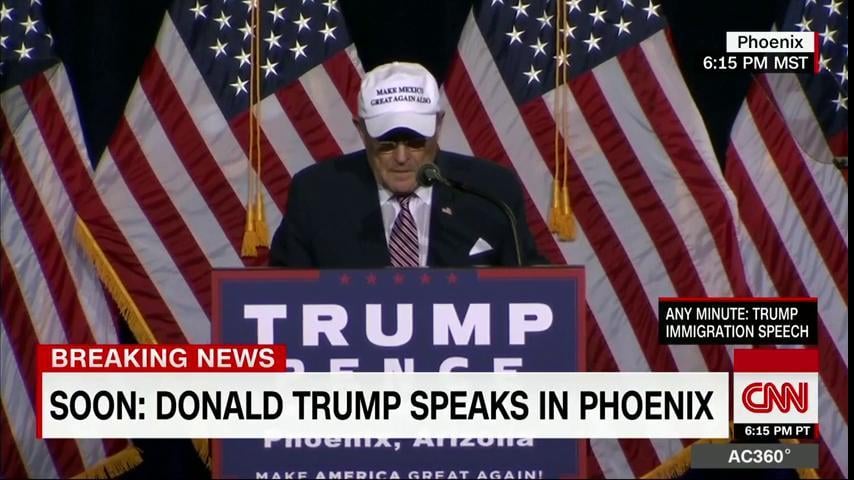 Former New York Mayor Rudy Giuliani and Alabama Senator Jeff Sessions wore hats reading "Make Mexico Great Again Also" last night as they introduced Donald Trump before his contentious immigration speech in Tucson, AZ. The new slogan was an apparent take on the campaign's notorious "Make America Great Again" catchphrase, but the new hats were immediately mocked online. Mostly people were trying to figure out if the new inspired slogan was a joke — even if it evidently wasn't. Journalist Joshua Green said an official confirmed that Trump himself came up with the phrase.

The incident happened hours after the GOP presidential candidate met with the president of Mexico and called Mexicans "spectacular, hard-working people" despite previously saying they were rapists and criminals.

People on Twitter could not handle the hats, and their jokes were riotous. Check out some reactions below.

Just as I predicted a year ago, this election has come down to Rudy Giuliani in a Make Mexico Great Again Also hat.

by Kara Kia 10 minutes ago