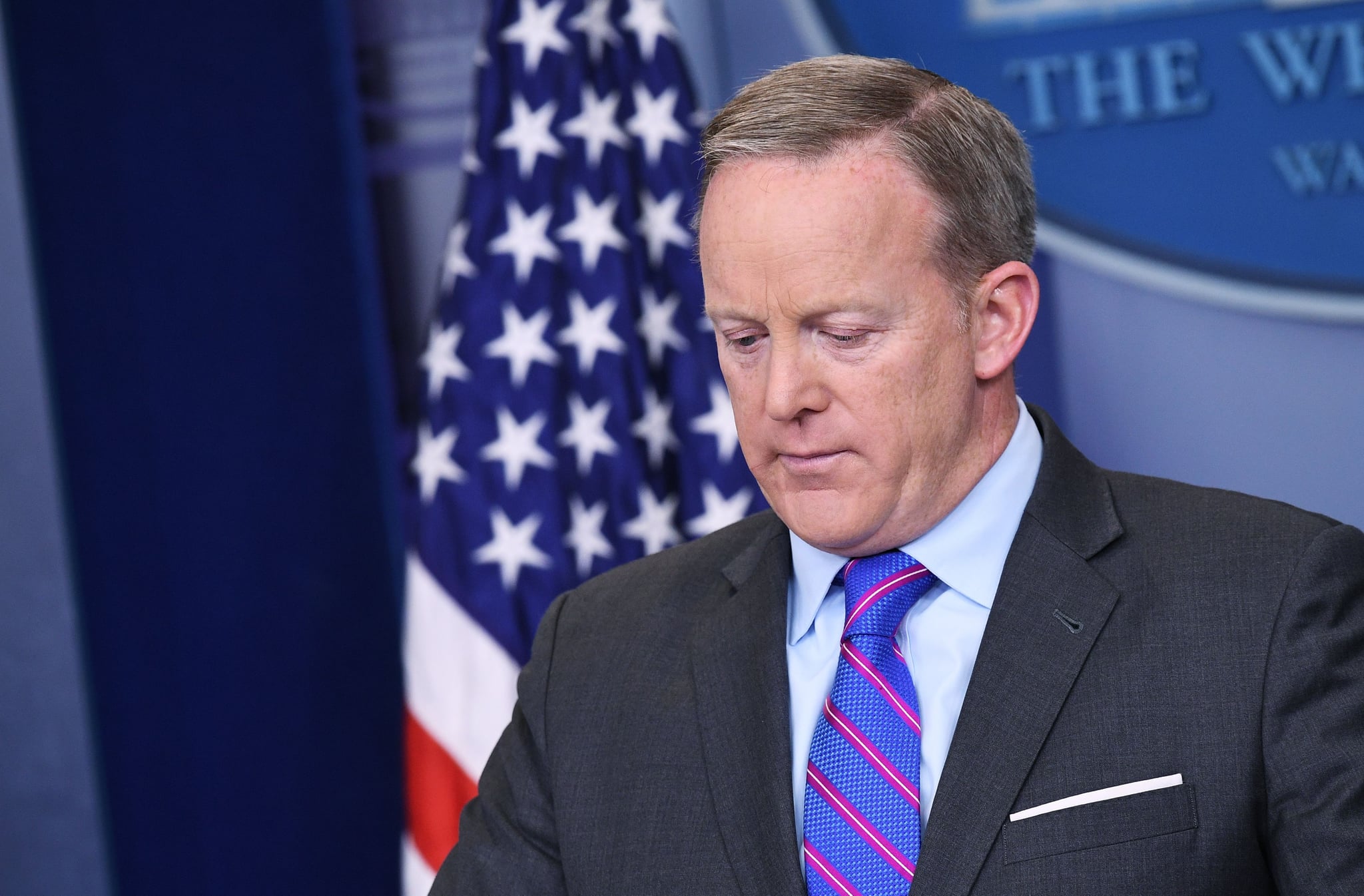 Update:
The Washington Post issued a correction to its story on May 11, stating that
"Spicer huddled with his staff among bushes near television sets on the White House grounds, not 'in the bushes,' as the story originally stated." Yes, that's the actual correction.

Original story:
Sean Spicer might be the most mocked White House press secretary in modern history. The internet loves to tease him about anything, whether it's about his chewing gum habits or him spewing alternative facts. Spicer's latest meme-worthy moment involves him literally hiding in the bushes to avoid talking to reporters.

Moments after Spicer wrapped up an interview with Fox Business about the firing of FBI Director James Comey, he hid behind some hedges, reports The Washington Post. Spicer reportedly stayed there with his staff for a few minutes, until an executive assistant in the press office, Janet Montesi, came out of the bush and told reporters Spicer would answer questions as long as cameras were off. So, in complete darkness, Spicer took questions for 10 minutes and then retreated back to the White House.

And though we wish this was a scene from an upcoming Saturday Night Live skit (though it probably will be this weekend), it's not. So of course, the internet created memes about the laughable situation.

Sean Spicer is hiding in bushes from the press pic.twitter.com/UQTlt2Glpu

this gif is overused, but in light of sean spicer in the bushes.... pic.twitter.com/FnLfVL1QYK

White House reporters to the #seanspicer bush:"He knows that we can still see him, right?"
: pic.twitter.com/CIM2auXKkQ

A Tumblr blog, Find Spicer, has even popped up.

Others made a good point about how anyone would've felt in that situation.

Ok but wouldn't you also hide in the bushes

Hiding in bushes to avoid people and/or your job
- one of the only times I've related to Sean Spicer.