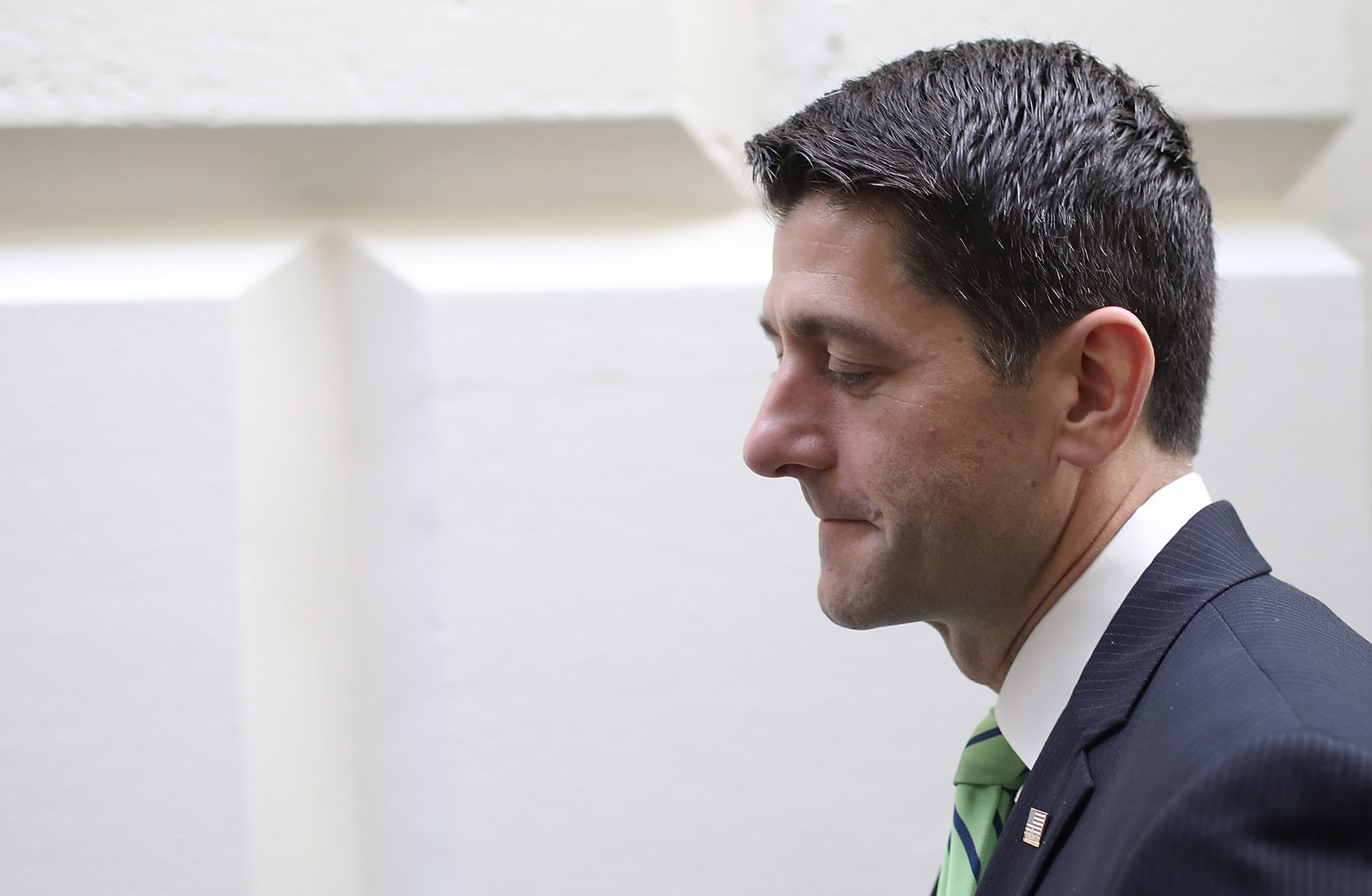 The House voted on May 4 to repeal Obamacare with the American Health Care Act (AHCA). The bill would leave 24 million people without insurance, and among some of its most infuriating and antiwoman provisions, it would allow insurance carriers to consider sexual assault a "preexisting condition."

The bill contains the MacArthur-Meadows amendment, which would allow insurance companies to review your medical history and decide whether or not you qualify for coverage. It would eliminate the current protection for preexisting conditions under the Affordable Care Act (ACA). While that's upsetting on its own, the new bill also includes language that would make sexual assault, postpartum depression, and even C-sections "preexisting conditions." The amendment is a blatant attack on women's right and is laughable considering the White House made April "Sexual Assault Awareness Month." That same administration is now turning its back against the same women it once claimed to support.

Related:
This Congressman Seems Confused About What "Preexisting Conditions" Are

If the AHCA does become law, it could force people who are sexually assaulted to make a choice no one should have to make: whether to report the crime and risk their insurance coverage or stay silent to protect it.

Under the AHCA, you'll have to decide if reporting a sexual assault is worth losing your health insurance. KEEP CALLING. #VoteNoAHCA

Ultraviolet, an organization dedicated to fighting sexism, released a statement on the vote, calling it a "declaration of war on women." The group continued with, "Today's vote by Republicans sends a cynical message to survivors of rape and gender-based violence: 'You're on your own.'" It also called the vote "the beginnings of a serious national healthcare crisis — one which will cut off millions of Americans from health insurance coverage."

Two hundred and seventeen Republicans voted yes for the AHCA, while 20 voted no and one abstained. Every single Democrat voted no. The bill will now head to the Senate, where it is expected to be met with resistance. However, that doesn't mean citizens can rest easy. Call your senators to let them know what you think of the AHCA.

Award Season
Jazmine Sullivan Urges Men to Rally For Abortion Rights at the BET Awards: "Stand Up"
by Kelsey Garcia 13 hours ago

Rita Moreno
Rita Moreno Reflects on Her Botched Abortion in Wake of Roe v. Wade Being Overturned
by Sabienna Bowman 18 hours ago