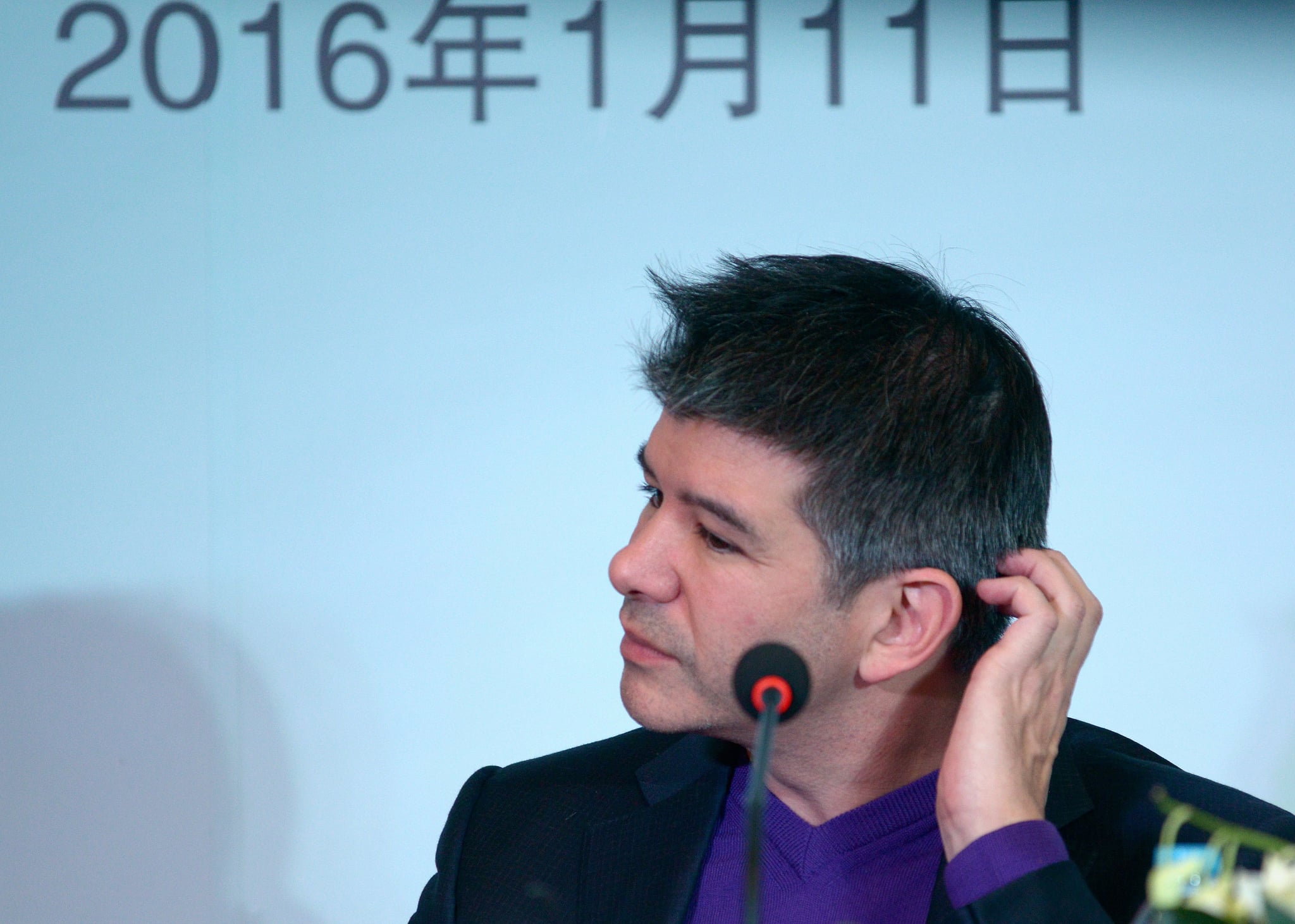 The story of Uber transforming from a tiny ride-hailing company to a global company worth $70 billion is the quintessential Silicon Valley success story. So on one hand, it's unsurprising that as news broke that Uber CEO Travis Kalanick resigned, people began expressing feelings of sorrow and discontent. How could Uber's board members force out its visionary CEO? Still, others in the Valley were glad to see the problematic CEO go — and admonished those who felt it was a loss for the company.

Uber's long list of scandals began to be revealed in 2017, starting with a blog post from former employee Susan Fowler. In her post, she detailed the sexual harassment she faced when she was an engineer at the company and the managers and human resources staffers who did nothing. Her story was one of several sexist and creepy issues the company dealt with in the past: Kalanick coining the phrase "Boob-er," the company using a tool called "God View" to track the location of users without their permission, promising users in France they could be driven by "sexy girls," and many more. With all that in mind, there were still people who reacted like this to his resignation.

Travis leaving Uber is a big loss, and very frustrating for people who know him. He's not the monster the media turned him into.

There will be many pages in the history books devoted to @travisk - very few entrepreneurs have had such a lasting impact on the world.

Bill Gurley was an Uber board member until he left the company on June 21, a day after Kalanick's resignation.

Web developer Marco Rogers wasn't willing to let him off the hook so fast. Instead, he bemoaned how pervasive behavior like Kalanick's really is among CEOs: " . . . creating a hugely sexist environment, where [people] are overworked, undervalued, and underpaid. That's not uncommon. Doesn't require 'evil.'"

But creating a hugely sexist environment, where ppl are overworked, undervalued, and underpaid. That's not uncommon. Doesn't require "evil".

Maybe your CEO is not a shitbag. But harassment and abuse and racism and marginalization are happening at your company too.

Most importantly, leaders at these orgs don't have to be malicious. Kalanick isn't "evil". He's just an asshole who can't control himself.

We have to accept that there is nothing special about this. Nothing atypical or unexpected. This is the norm.

Or as Marc Hedlund, CEO and cofounder of Skyliner, remarked, growing a company doesn't excuse Kalanick's behavior or the culture he helped create.

Growth does not have to trade off against culture. Don't let anyone get away with justifying bad behavior in the name of growth/valuation. https://t.co/aiPJz0sYC3

So while some current Uber employees lament the loss of their CEO and circulate petitions to get him back in power (by the way, Kalanick still retains a board seat and voting rights), they'd be wise to consider this: your company might become better and bigger without a leader who perpetuated sexism and a toxic work culture.

Tech News
Yep, Apple Is Releasing a New iPhone 12, but Don't Throw Out Your Power Adapter Just Yet
by Chanel Vargas 6 days ago