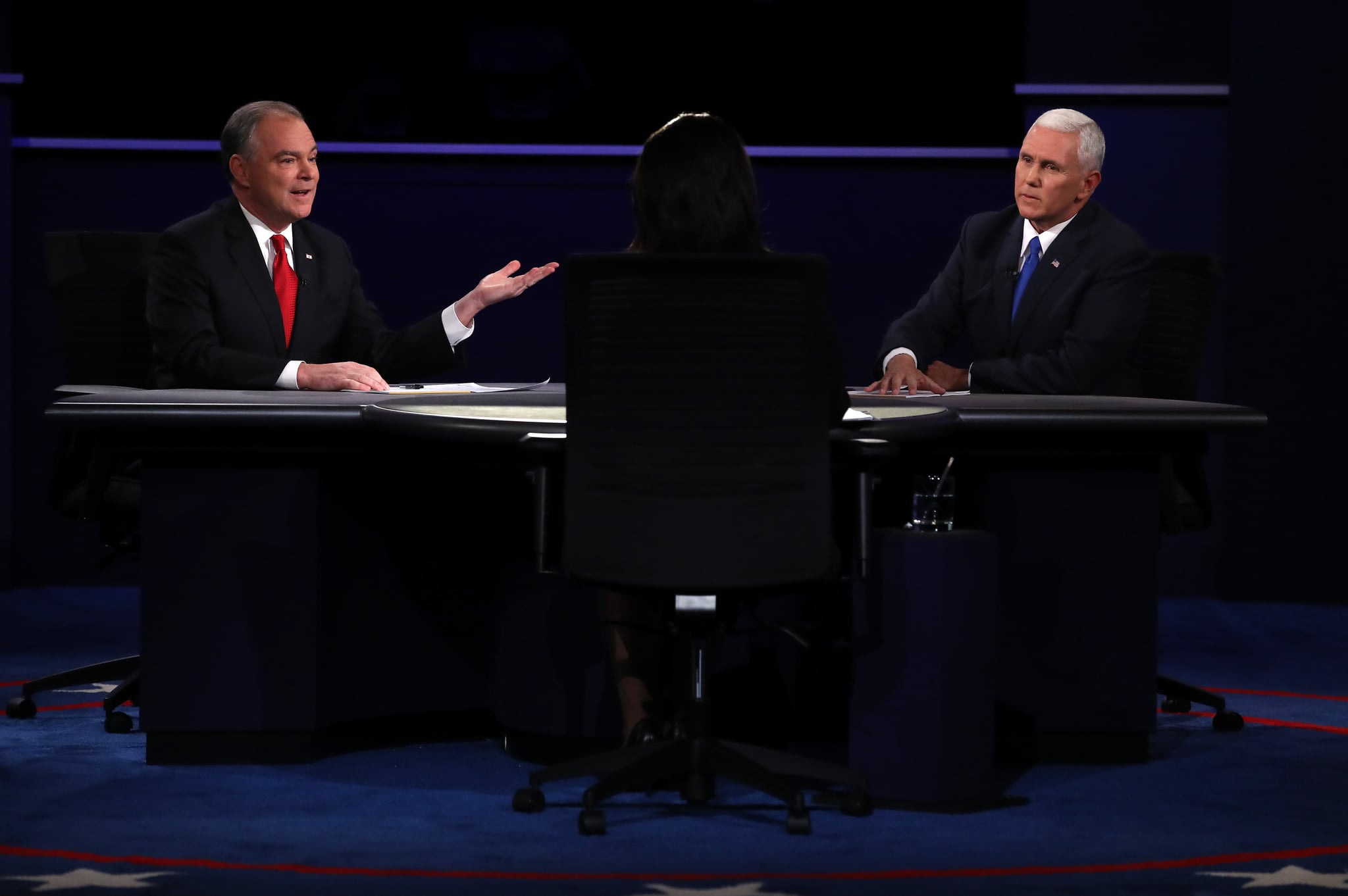 The vice presidential debate aired from Virginia on Tuesday night. Mike Pence and Tim Kaine sparred for 90 minutes over several issues ranging from ISIS to abortion. Twitter shared the night's most talked-about moments — here are the top three.

3. When Kaine and Pence argued over Russia and Vladimir Putin's aggression.

2. When Kaine and Pence discussed the use of nuclear weapons.

Kaine on nuclear weapons: Trump could be the "fool or maniac" who triggers a "catastrophic event" #VPDebate https://t.co/M0k6U1PZgk

1. When Pence responded to Kaine's remarks about Trump calling immigrants rapists with "that Mexican thing."