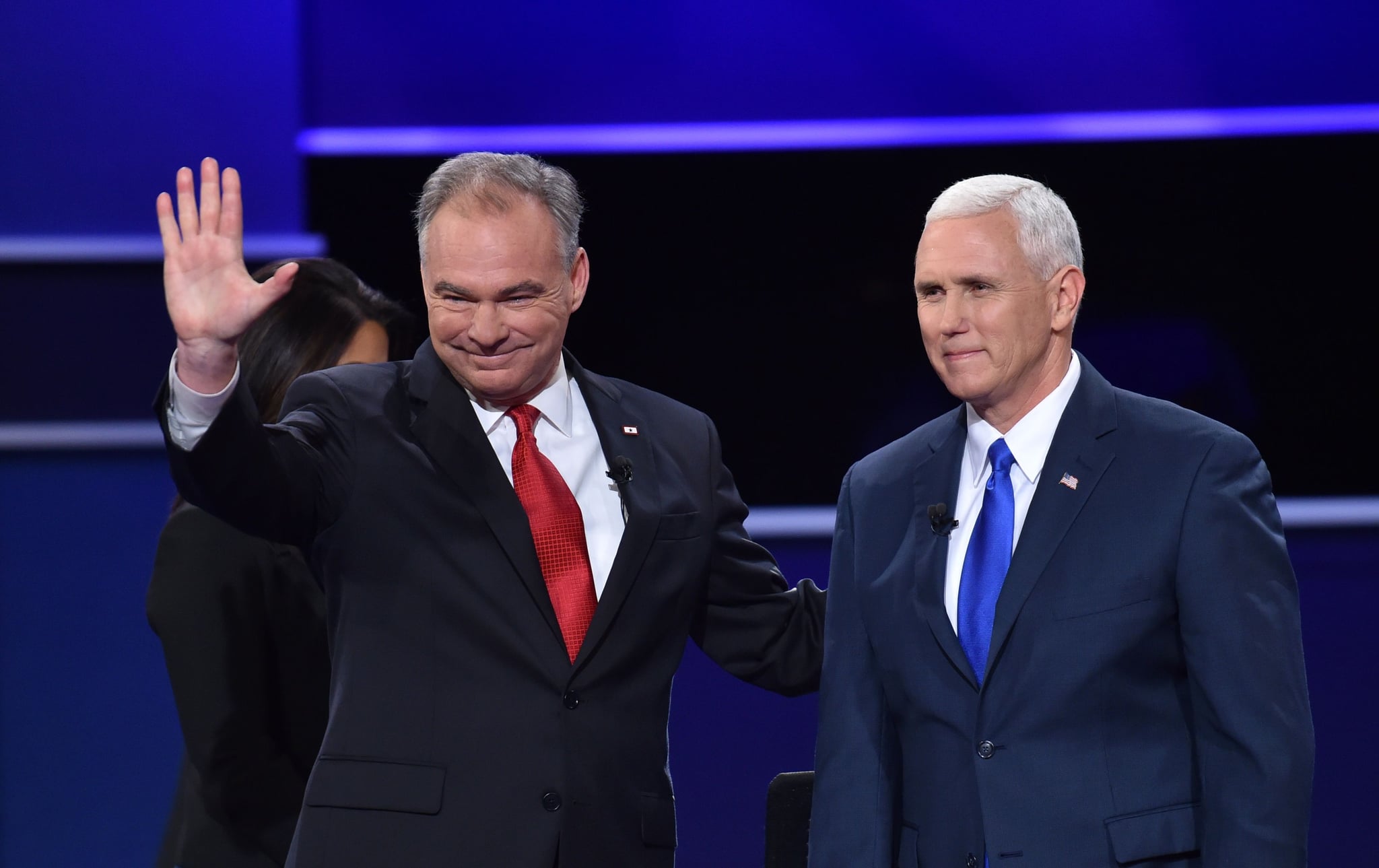 Tim Kaine and Mike Pence took the stage tonight in Farmville, VA, for the only vice presidential debate before the election. As with the first presidential debate, Twitter was ripe with hilarious commentary. Here's a roundup of the best tweets.

People made fun of both candidates' reputations for being boring:

Battle of the inside voices

They also called out how the candidates avoided directly answering the questions and talked over one another:

So far, the VP debate is boiling down to two old white men ignoring and interrupting a woman of color. Riveting.

(Elaine Quijano, the moderator, is the first Asian-American woman to host a debate.)

Tim Kaine referred to Donald Trump's long history of xenophobic, sexist, and troubling remarks. Mike Pence implied Trump did not make those statements — despite the fact they are public and recorded. People immediately corrected Pence.

Soccer Dads Debate:
Kaine: You borrowed my lawnmower & returned it
Pence: You're mistaken. There is no lawmower. There never was.#VPDebate

Pence suggests Trump did not say the things Kaine said he did. Trump said all of those things, but Pence is very convincing when lying.

It sort of works in the debate, but Pence shaking head, saying "no he hasn't" is going to look bad in ads next to Trump saying those things

Despite how heated this debate got, we can only imagine that the second presidential debate on Sunday will bring even more drama.