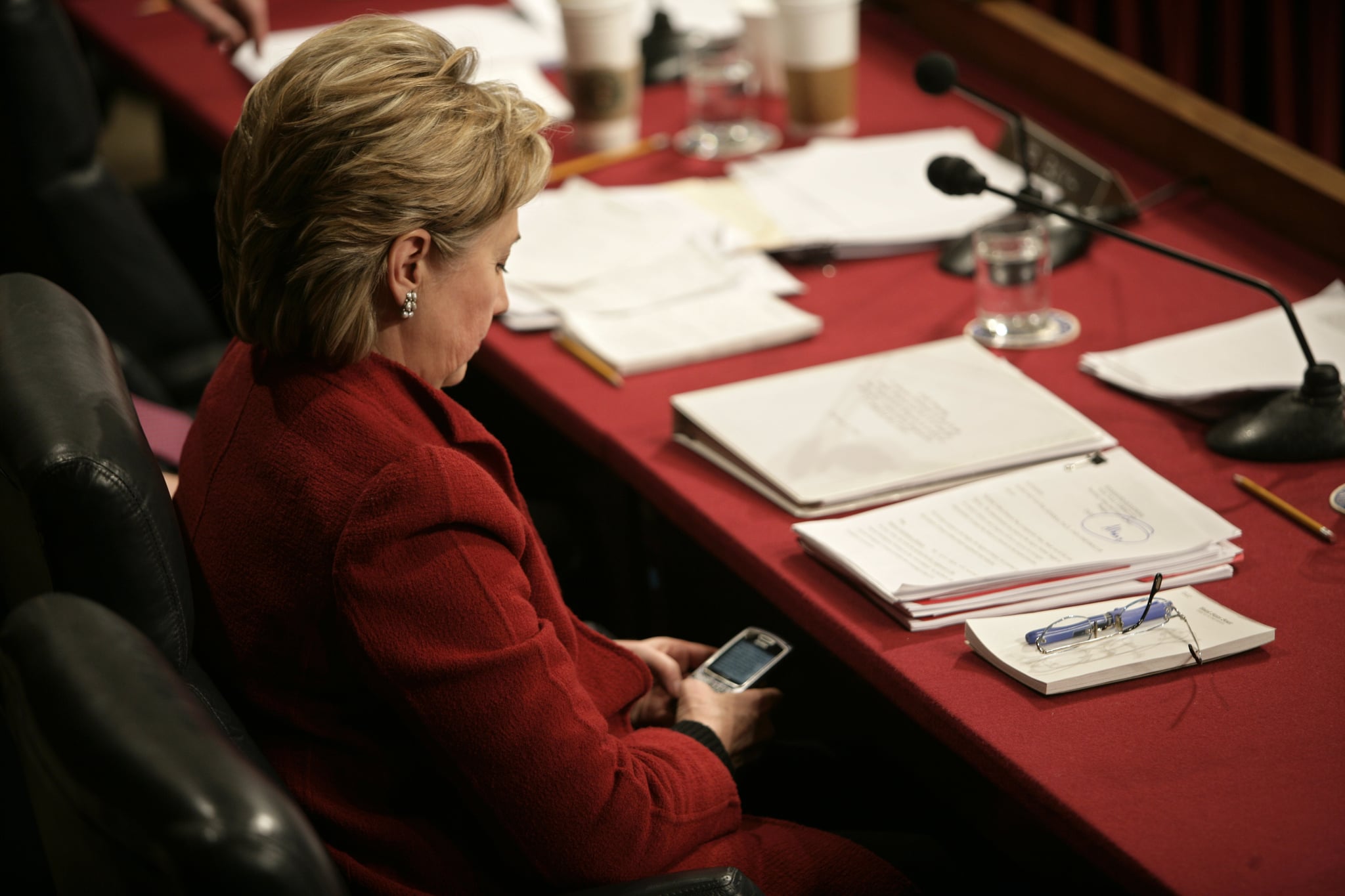 "Lock her up!" Throughout the Republican National Convention, the crowd often chanted this phrase, referring to the idea that presumptive Democratic nominee Hillary Clinton should be criminally punished for wrongdoings, like her email scandal during her time as secretary of state.

In July, the FBI and the attorney general announced that after a thorough investigation of Clinton's email controversy, they found no grounds on which to proceed with charges against the Democratic nominee for president of the United States. And while this decision means that the criminal aspect of the whole ordeal is over, it's still one of Donald Trump's key talking points as we edge ever closer to the 2016 general election. So what actually happened? And what does it mean for Clinton going forward? Here's what you need to know:


When did the controversy start?

During the Benghazi hearings in 2014 (if you're not familiar — read up!), we discovered that during her time as secretary of state, Clinton chose to use a private account (hdr22@clintonemail.com) on an unsecure server to send her work emails. And remember all those jokes about how she was addicted to her BlackBerry? That BlackBerry wasn't a state-sanctioned item, either.

While this may not sound like a big deal, it meant that it was difficult to tell if sensitive documents were sent and that her emails were at greater risk of being hacked. During the hearings, Clinton's staff had provided the investigating committee with the emails it saw fit to share — but there was no way to tell if that information had been selectively passed along. So the issue was bumped up to the State Department, who then pushed through a formal order asking the campaign to release the emails. The Clinton staff handed over 30,000 emails, saying it deleted 30,000 more emails that were personal. In March 2015, one month after the drama came to a head, Clinton announced she was running for president.

What was in the emails?

After the discovery in July 2015 that information was not properly marked as classified when sent from Clinton's email server, the FBI announced it had opened an investigation into the entire kerfuffle. The emails were then made available to the general public, and we learned a whole hell of a lot about Clinton the mother, consumer, and overall jokester extraordinaire. Some highlights: Harriet Tubman is her homegirl, she once made Oprah Winfrey move around her schedule, she really doesn't understand what FUBAR means, she's super into Parks and Recreation and The Good Wife, and she has some real issues with fax machines.

What did the FBI find?

The FBI announced on July 5, 2016, that it did not recommend prosecuting Clinton for her use of the private server, though it did make very clear that her "extremely careless" actions are not condoned by the US government. This came before an announcement by Attorney General Loretta Lynch on July 6, stating that she was taking the advice of the FBI and the Justice Department would not be pressing charges.

Can we move on?

Shortly after the official decisions were handed down, one conservative group announced it had intentions of pursuing the release of Clinton's sealed deposition, and two lawmakers declared a crusade against the technical setup that made the whole ordeal possible. The House Republicans are also trying to fight the ruling and drag this out further, but it doesn't seem like it's going to be a winning battle. More than anything, the damage will likely only affect Clinton's reputation.