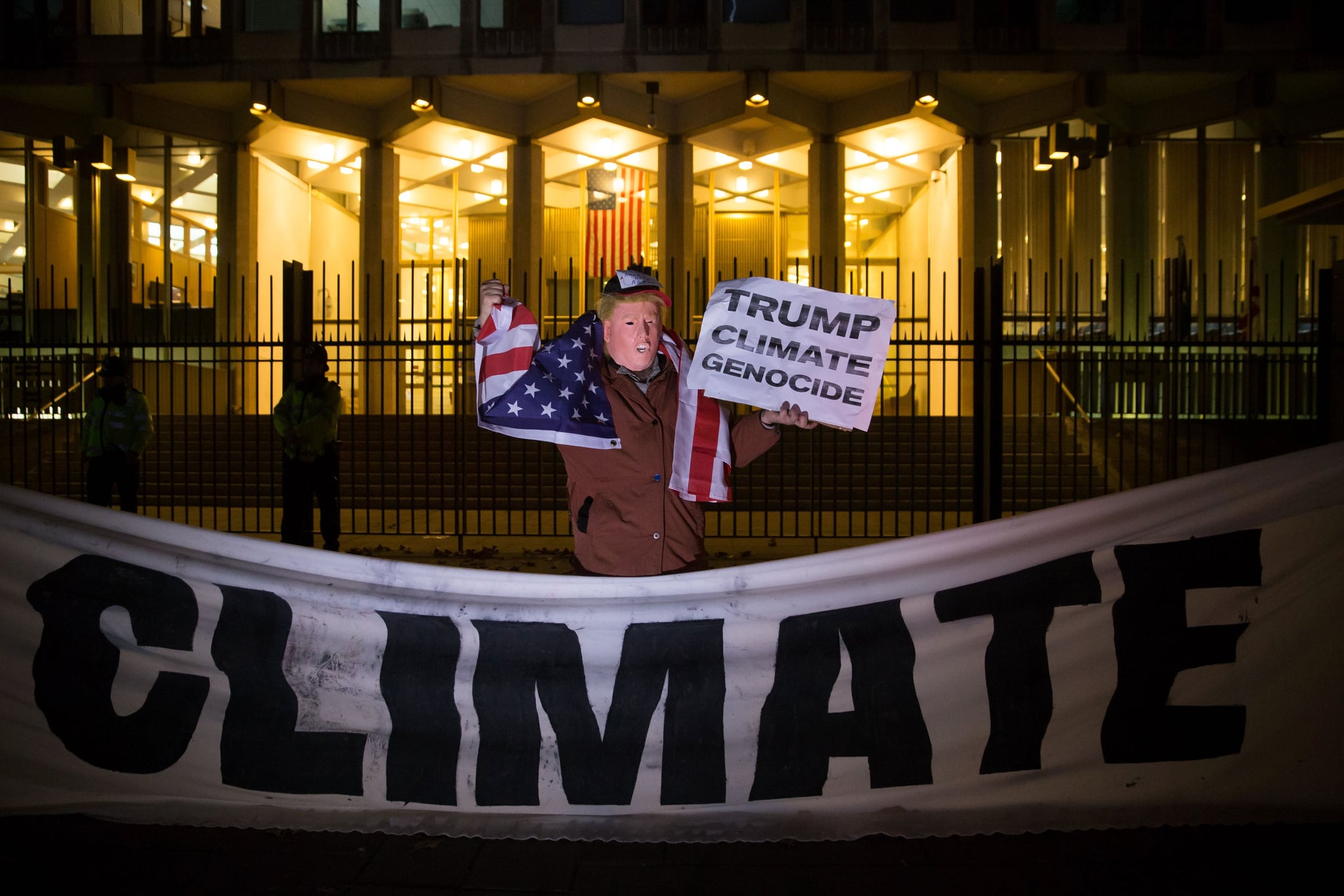 Update:
In an announcement on June 1 in the Rose Garden, President Donald Trump officially withdrew the US from the Paris Climate Agreement. "The United States will withdraw from the Paris Climate Accord but begin negotiations to reenter either it or an entirely new transaction," Trump said. The US will follow the appropriate steps to pull out, which will take up to four years to do so.

Original story:
President Donald Trump's opposition to the Paris Climate Agreement was apparent from the moment he launched his campaign. Despite high-ranking officials in his administration (namely former Exxon CEO Rex Tillerson, who is now secretary of state) encouraging him to maintain America's commitment to the treaty, Trump has reportedly decided to pull out.

According to Axios and CNN, both citing anonymous sources within the White House, Trump is expected to withdraw from the historic climate agreement. When the United Nations-sponsored treaty was signed in 2015, it involved 147 countries and years of preparation. Prompted by evidence demonstrating human impact on climate change, the Paris Agreement set a goal of limiting the global temperature increase to two degrees Celsius over the next century — or no more than two degrees Celsius higher than the pre-industrial age average temperature. This would require a concerted effort to diminish reliance on fossil fuels and reduce carbon emissions drastically.

Based on climate models, if the global temperature rises by an average of more than two degrees, the damage done to the environment is likely irreversible. However, some critics contend that two degrees is already too high and the goal was more or less arbitrarily assigned to promote global participation.

The United States, Europe, India, and China are the world's leading carbon emitters. By pulling out of the agreement, Trump is not only gambling with America's future landscape but also the entire world's. Following reports of Trump's decision to reject the Paris Climate Agreement, the European Union and China are expected to reaffirm their commitment to curbing emissions under the terms of the agreement. Though it won't offset America's unbridled emissions completely, Germany, China, and India will surpass the objectives they set in 2015, according to a United Nations report released in May. India will obtain 40 percent of its energy from solar power — nearly eight years ahead of its 2020 goal — and China has reduced its reliance on coal-powered energy as well.

Related:
New Head of the EPA Does "Not Agree" Humans Have Led to Climate Change

The report also offered a slightly reassuring theory: "The positive developments in India and China significantly outweigh the potentially negative effects on emissions from the Trump Administration's proposed rollbacks in the US, estimated at around 0.4 [gigatons of] CO2 by 2030."

The United States will join Syria and Nicaragua as the only other countries in the world who will not participate.