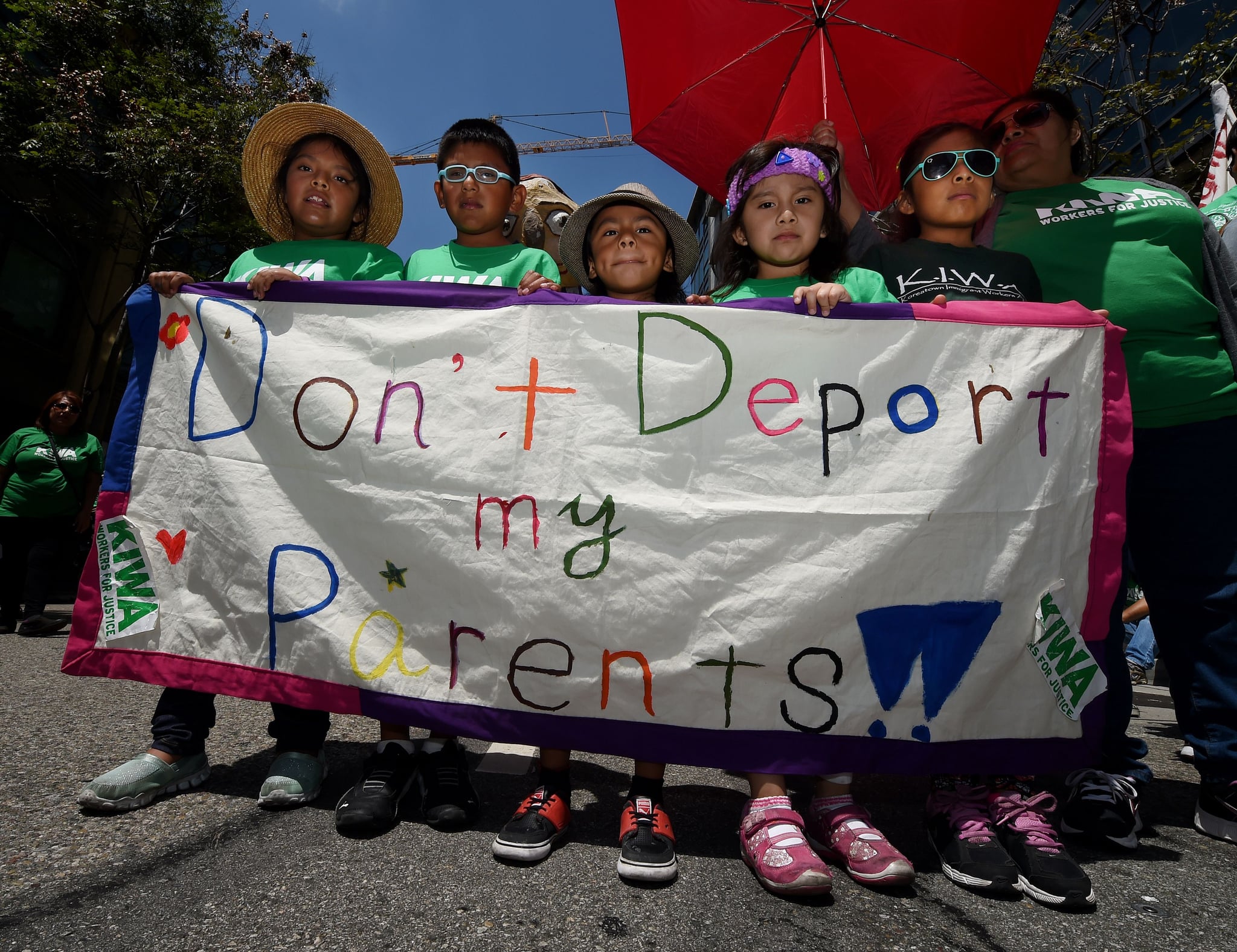 A family demonstrates at a May Day rally in Los Angeles, 2016

Major metropolises like New York City and San Francisco have vowed to remain "sanctuary cities" in the wake of Donald Trump's election. (The latter did so in a sharply worded public rebuke of the then president-elect that quickly went viral.) But what exactly does being a "sanctuary city" mean? The basic definition is simple: it's a city that chooses not to cooperate with federal immigration enforcement and deportation efforts and protects undocumented immigrants who live within its borders.

There are an estimated 300 sanctuary cities, counties, and states in the United States. Still, what that means can vary widely from place to place depending on its specific laws and regulations — which is what makes it hard to pin down a precise count. Being a sanctuary city may mean that a city has laws and policies that refuse to designate tax dollars for the enforcement of immigration laws, that a state makes it unlawful for local officials to ask people about their immigration status, or that local police are forbidden from detaining people for the purpose of checking on their immigration status.

When Were They Established?

Los Angeles is widely considered the first sanctuary city. In 1979, it became the first major metropolis to bar law enforcement from detaining people with the purpose of determining whether or not they were in the country illegally. The broader sanctuary city movement really gained steam throughout the '80s, however, as churches pushed for similar policies. The institutions were primarily seeking to protect a wave of people who were fleeing violence in Central America, but who had been unable to earn refugee status in the United States upon arriving here. In the years since, cities like Seattle, Chicago, San Francisco, Boston, and New Orleans have joined the many hundreds of jurisdictions that have added laws to their books that have led them to be considered sanctuary cities.

Why Are They Controversial?

Even the term "sanctuary city" itself raises ire among its opponents for its positive connotations. Proponents of tighter immigration enforcement also claim such policies provide safe havens for criminals and endanger residents. A high-profile case in 2015, in which an undocumented immigrant murdered a San Francisco woman, ignited a fierce debate over how and whether the city's policies contributed to the crime. The killer had been deported to Mexico five times before he was arrested on drug charges in San Francisco several months before the killing. The charges were dropped, and the city refused to hand him over to federal officials for deportation given its policies.

On the flipside, those who support sanctuary cities say they help encourage local residents to work with local law enforcement and build trust within communities. This is why many major law enforcement groups, like the International Association of Chiefs of Police, are in support of sanctuary-city policies.

How Are They Taking On Trump?

Trump has vowed to "end" sanctuary cities, hasten deportations, and to cut off federal funding to any cities that attempt to stand in his way. However, most major cities are refusing to back down. Bill de Blasio, the mayor of New York City, has been one of the most vocal city leaders to clap back at Trump. "We are not going to sacrifice a half million people who live among us, who are part of our community," de Blasio said in a November press conference. "We are not going to tear families apart."

The groundswell of strong opposition has led many to doubt that Trump can really deny the nation's largest metro areas any federal funding and get away with it. Chicago Mayor Rahm Emanuel said it would be a massive and likely self-defeating undertaking; that's why it's a promise he doesn't believe the Trump administration will follow through on. "They will make a choice that this is not the battle they want to take on because they have bigger fish to fry," he told the Chicago Tribune in November. "Mark my words."