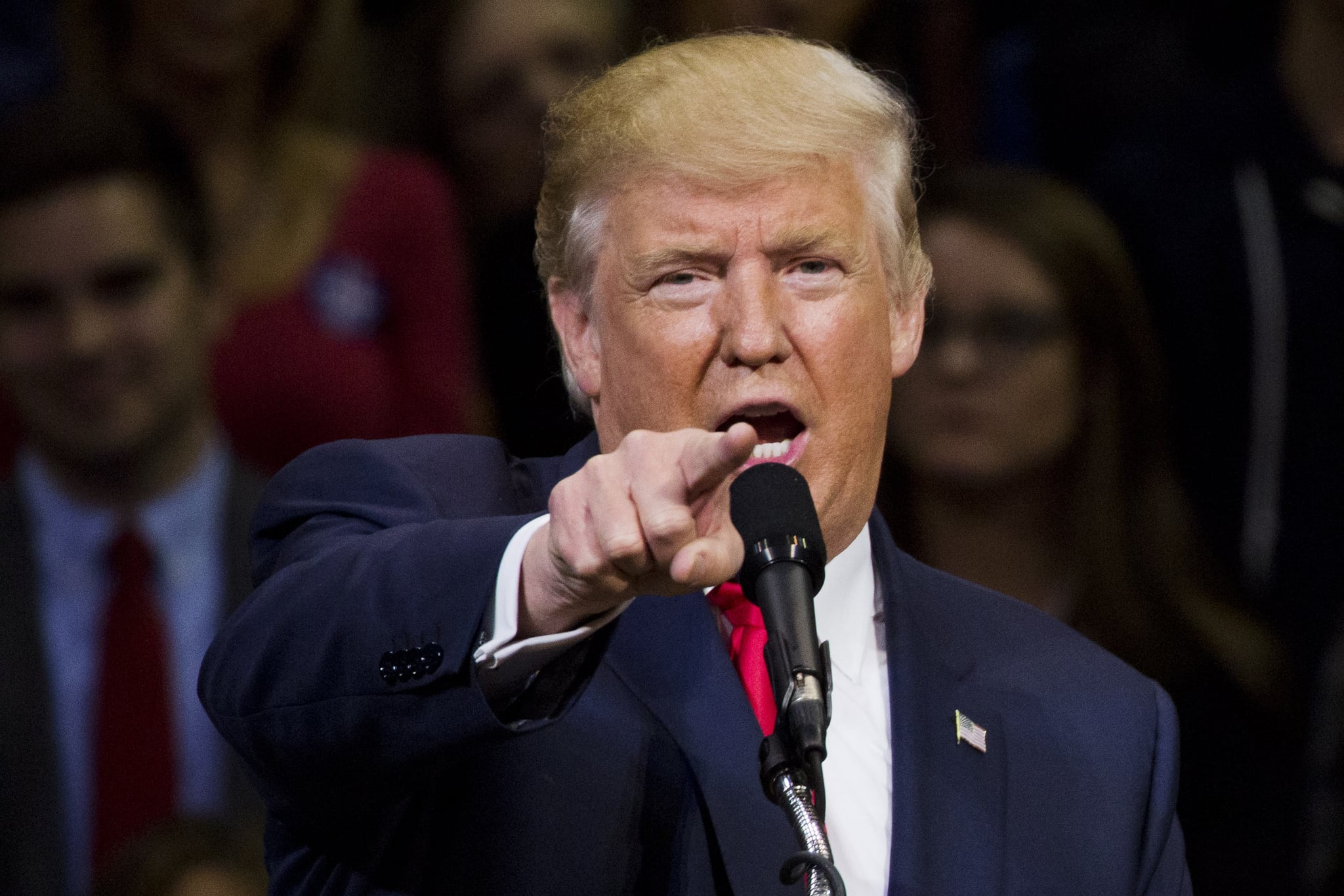 The San Francisco Board of Supervisors has passed a resolution guaranteeing the city will vehemently and unwaveringly contest many of President-elect Donald Trump's policies — and it isn't holding back in the scathing document. The governing body published the 11-part resolution in the San Francisco Bay Times, and people are referring to it as one big "middle finger" to Trump.

The resolution touches on many of the causes Trump and Pence have opposed or acted in opposition to in the course of their careers and during the campaign, including women's and LGBTQ rights, climate change, and the Black Lives Matter movement. The first point also ensures that San Francisco will continue to be a sanctuary city for undocumented immigrants, as it has been since 1989.

The resolution's final point, however, is particularly powerful. It stipulates that the board will ensure the preservation of San Francisco's characteristically accepting and open-minded nature, stating: "Although the United States will soon have a President who has demonstrated a lack of respect for the values we hold in the highest regard in San Francisco, it cannot change who we are, and it will never change our values."

This meaningful move comes after other state and local officials have also attempted to comfort citizens about Trump's looming presidency. New York Governor Andrew Cuomo, for example, penned a letter describing the state as a "refuge."

WHEREAS, On November 8, 2016, Donald Trump was elected to become the 45th President of the United States; now, therefore, be it

RESOLVED, That no matter the threats made by President-elect Trump, San Francisco will remain a Sanctuary City. We will not turn our back on the men and women from other countries who help make this city great, and who represent over one third of our population. This is the Golden Gate-we build bridges, not walls; and, be it

FURTHER RESOLVED, That we will never back down on women's rights, whether in healthcare, the workplace, or any other area threatened by a man who treats women as obstacles to be demeaned or objects to be assaulted. And just as important, we will ensure our young girls grow up with role models who show them they can be or do anything; and, be it

FURTHER RESOLVED, That there will be no conversion therapy, no withdrawal of rights in San Francisco. We began hosting gay weddings twelve years ago, and we are not stopping now. And to all the LGBTQ people all over the country who feel scared, bullied, or alone: You matter. You are seen; you are loved; and San Francisco will never stop fighting for you; and, be it

FURTHER RESOLVED, That we still believe in this nation's founding principle of religious freedom. We do not ban people for their faith. And the only lists we keep are on invitations to come pray together; and, be it

FURTHER RESOLVED, That Black Lives Matter in San Francisco, even if they may not in the White House. And guided by President Obama's Task Force on 21st Century Policing, we will continue reforming our police department and rebuilding trust between police and communities of color so all citizens feel safe in their neighborhoods; and, be it

FURTHER RESOLVED, That climate change is not a hoax, or a plot by the Chinese. In this city, surrounded by water on three sides, science matters. And we will continue our work on CleanPower, Zero Waste, and everything else we are doing to protect future generations; and, be it

FURTHER RESOLVED, That we have been providing universal health care in this city for nearly a decade, and if the new administration follows through on its callous promise to revoke health insurance from 20 million people, San Franciscans will be protected; and, be it

FURTHER RESOLVED, That we are the birthplace of the United Nations, a city made stronger by the thousands of international visitors we welcome every day. We will remain committed to internationalism and to our friends and allies around the world-whether the administration in Washington is or not; and, be it

FURTHER RESOLVED, That San Francisco will remain a Transit First city and will continue building Muni and BART systems we can all rely upon, whether this administration follows through on its platform to eliminate federal transit funding or not; and, be it

FURTHER RESOLVED, That California is the sixth largest economy in the world. The Bay Area is the innovation capital of the country. We will not be bullied by threats to revoke our federal funding, nor will we sacrifice our values or members of our community for your dollar; and, be it

FURTHER RESOLVED, That we condemn all hate crimes and hate speech perpetrated in this election's wake. That although the United States will soon have a President who has demonstrated a lack of respect for the values we hold in the highest regard in San Francisco, it cannot change who we are, and it will never change our values. We argue, we campaign, we debate vigorously within San Francisco, but on these points we are 100 percent united. We will fight discrimination and recklessness in all its forms. We are one City. And we will move forward together.

Gun Violence
Daunte Wright's Mother Eulogizes Him in Somber Vigil Speech: "He Did Not Deserve This"
by Victoria Messina 3 days ago