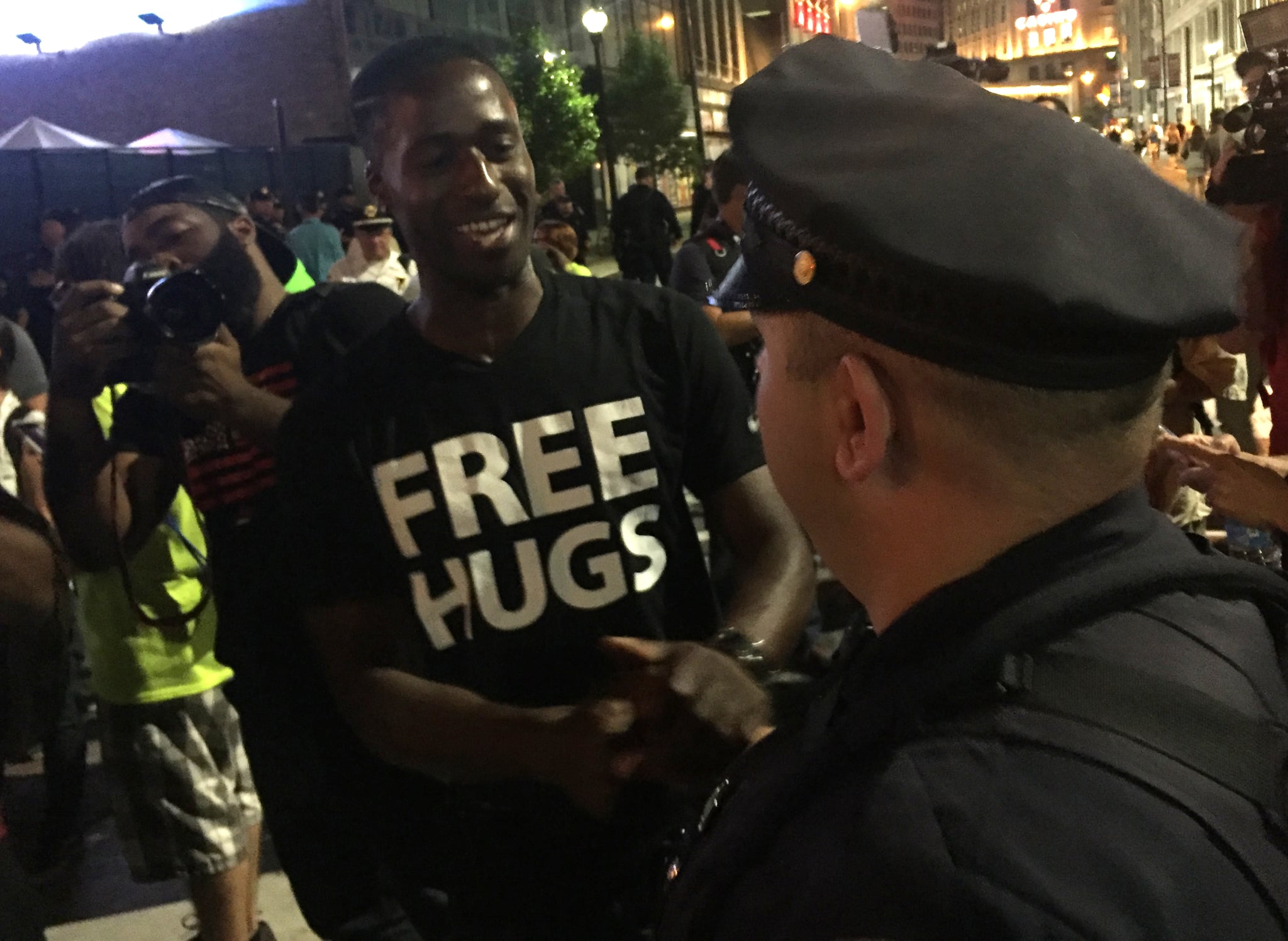 It only lasted a moment, but something happened in Cleveland tonight that was a beautiful reminder of humanity and compassion. Just after Melania Trump gave her controversial speech at the Republican National Convention, a group gathered outside the convention center to watch as a single protester drew the attention of police officers.

Ken Nwadike was in the crowd and he stood next to an officer to see what was going on. You might recognize Nwadike from his viral Free Hugs campaign — he's currently in Cleveland to spread his message during the week of the RNC and he was wearing his signature black shirt that says "Free Hugs" in white letters. Suddenly, in silence, the officer reached his arm over Nwadike's shoulder and the two embraced for a few seconds before Nwadike walked away. 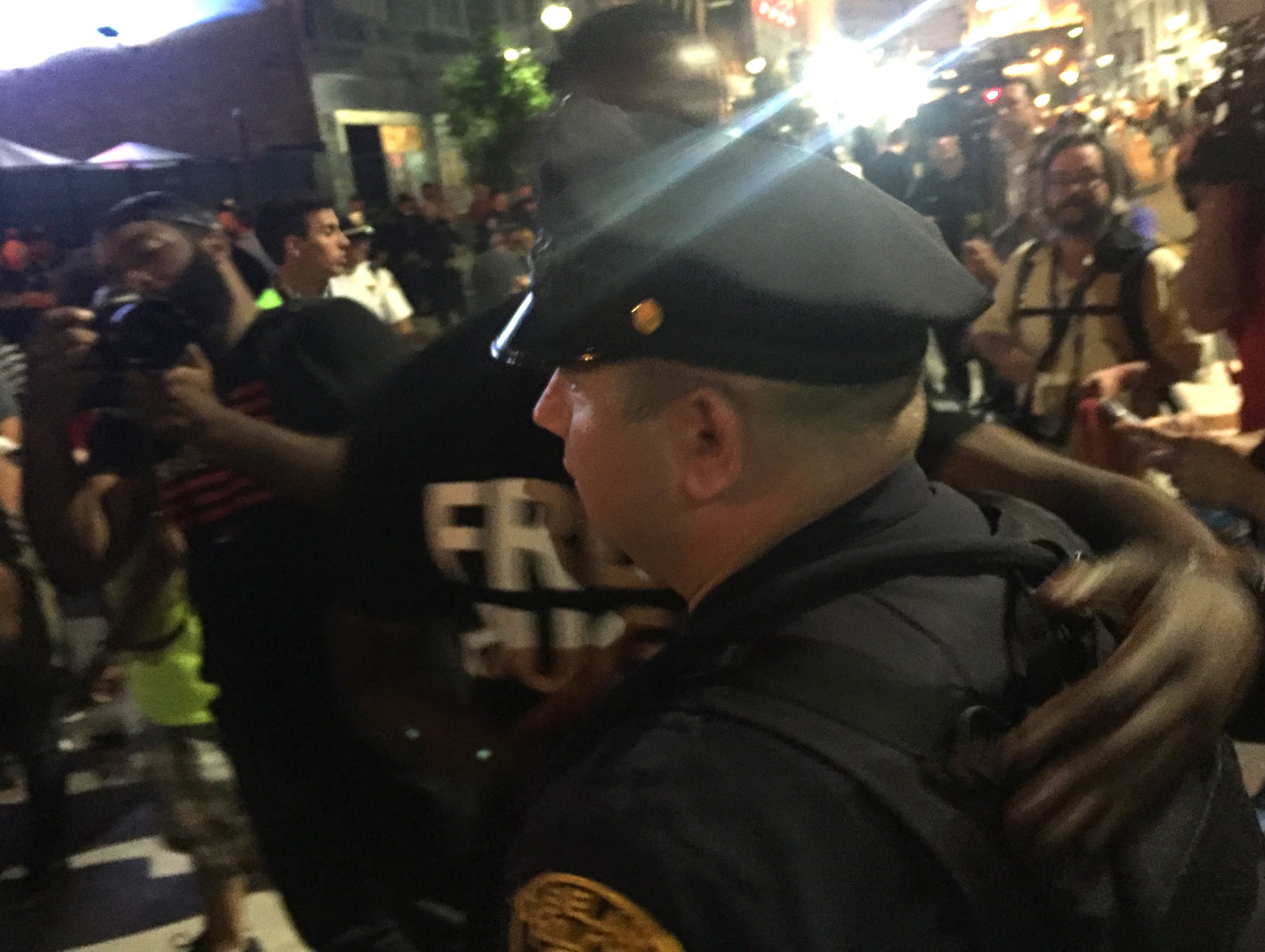 "I follow him on Facebook because I just enjoy his positive energy," said Officer Darian Laska after the two had hugged. "The past couple of weeks have been terrible and he's been 100 percent a role model, and I love him." Laska, a white officer, was referring to the recent killings of officers in Baton Rouge, LA, and Dallas in apparent retaliation for the deaths of two black men named Alton Sterling and Philando Castile at the hands of police earlier this month.

Nwadike said he has been getting more hugs than usual from police officers after the tragic events. "It's awesome to know there doesn't need to be this division between us," he said. "It feels great when police show some love."

A popular video of Nwadike hugging police officers was first posted to Facebook in January but went viral again after the killing of five officers in Dallas.

He's now traveling all over the country to give free hugs — you can follow his adventures on Facebook.