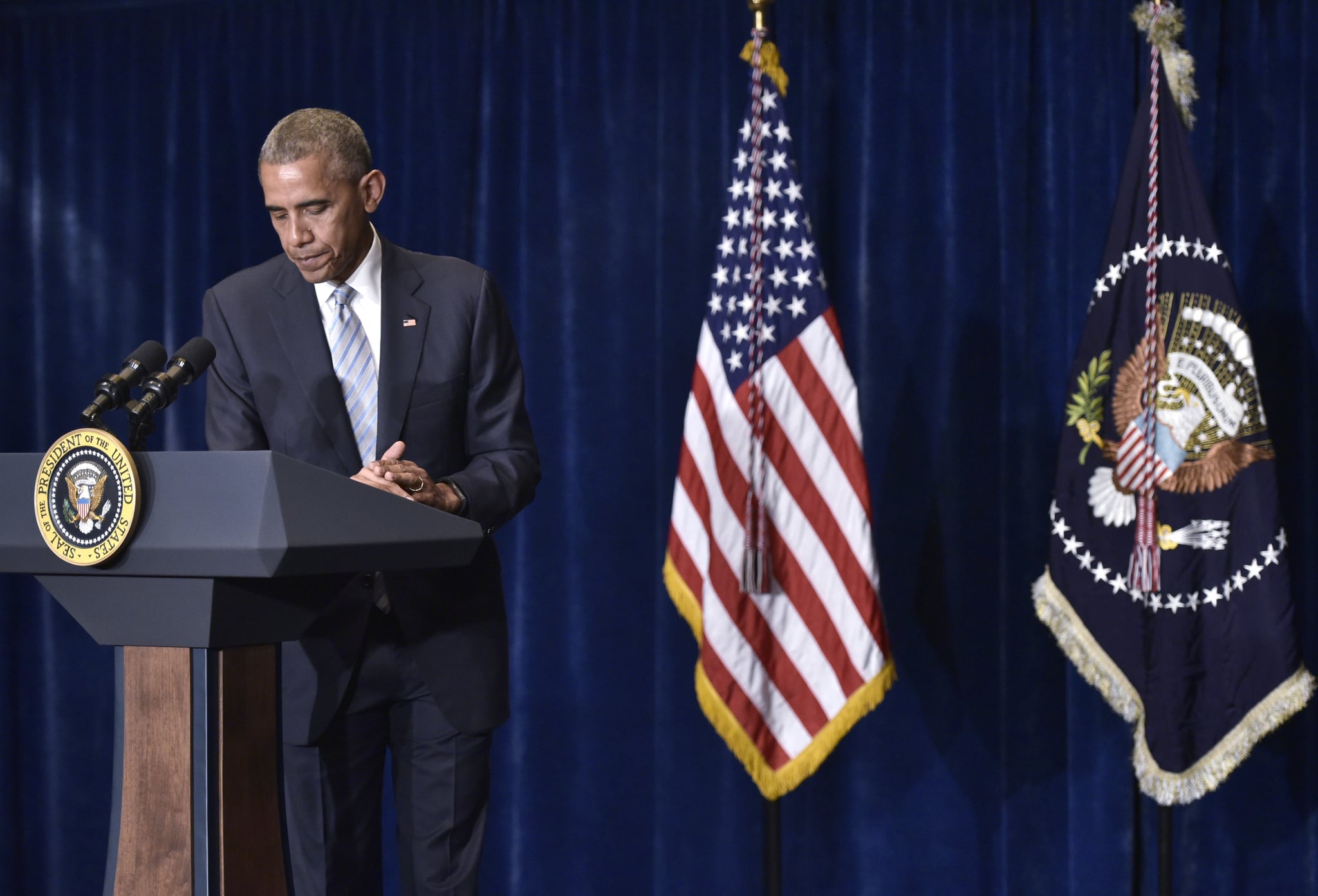 On Thursday, President Obama issued a powerful statement on Facebook about the killings of Alton Sterling and Philando Castile, two black men gunned down by police within 48 hours of each other. In it, he said the incidents represented bigger issues within our criminal justice system and the racial disparities rampant throughout the country.

All Americans should be deeply troubled by the fatal shootings of Alton Sterling in Baton Rouge, Louisiana and Philando...

These particular sentences stood out from his statement:

To admit we've got a serious problem in no way contradicts our respect and appreciation for the vast majority of police officers who put their lives on the line to protect us every single day. It is to say that, as a nation, we can and must do better to institute the best practices that reduce the appearance or reality of racial bias in law enforcement.

Obama makes it clear that calling attention to police brutality does not mean officers are being disrespected. It reflects a frustration we saw yesterday when New York radio host Peter Rosenberg berated an officer who called into his show to discuss the Alton Sterling incident but couldn't admit that the officers had done wrong.

From Warsaw, Poland, Obama also gave a speech echoing his Facebook post and expressing condolences for the families of Sterling and Castile. "We've seen tragedies like this too many times," he said, adding, "All of us Americans should be troubled by these shootings because these are not isolated incidents." He cited facts that he said said reflect the racial disparities that exist within our criminal justice systems: African-American are 30 percent more likely than whites to be pulled over; after they are pulled over, they are three times more likely to be searched.

"When incidents like this occur, there's a big chunk of our fellow citizenry that feels as if, because of the color of their skin, they are not being treated the same. And that hurts. And that should trouble all of us. This is not just a black issue . . . this is an American issue. All fair-minded people should be concerned."

The president also addressed the those who criticize the Black Lives Matter movement, saying, "When people say black lives matter, that doesn't mean blue lives don't matter — it just means all lives matter. But right now the big concern is the fact that data shows black folks are more vulnerable to these kinds of incidents. This isn't a matter of comparing the value of lives; this is recognizing that there is a particular burden that is being placed on a group of our fellow citizens and we should care about that — we can't dismiss it. We can't dismiss it."

Obama ended his speech by asking those who doubt the problem to ask themselves: "What if this happened to someone in your family? How would you feel?"

The president isn't the only political figure to comment on the killings. Presumptive Democratic nominee Hillary Clinton issued this statement on Twitter, referencing the Black Lives Matter movement:

Presumptive Republican nominee Donald Trump has yet to comment on the incidents.