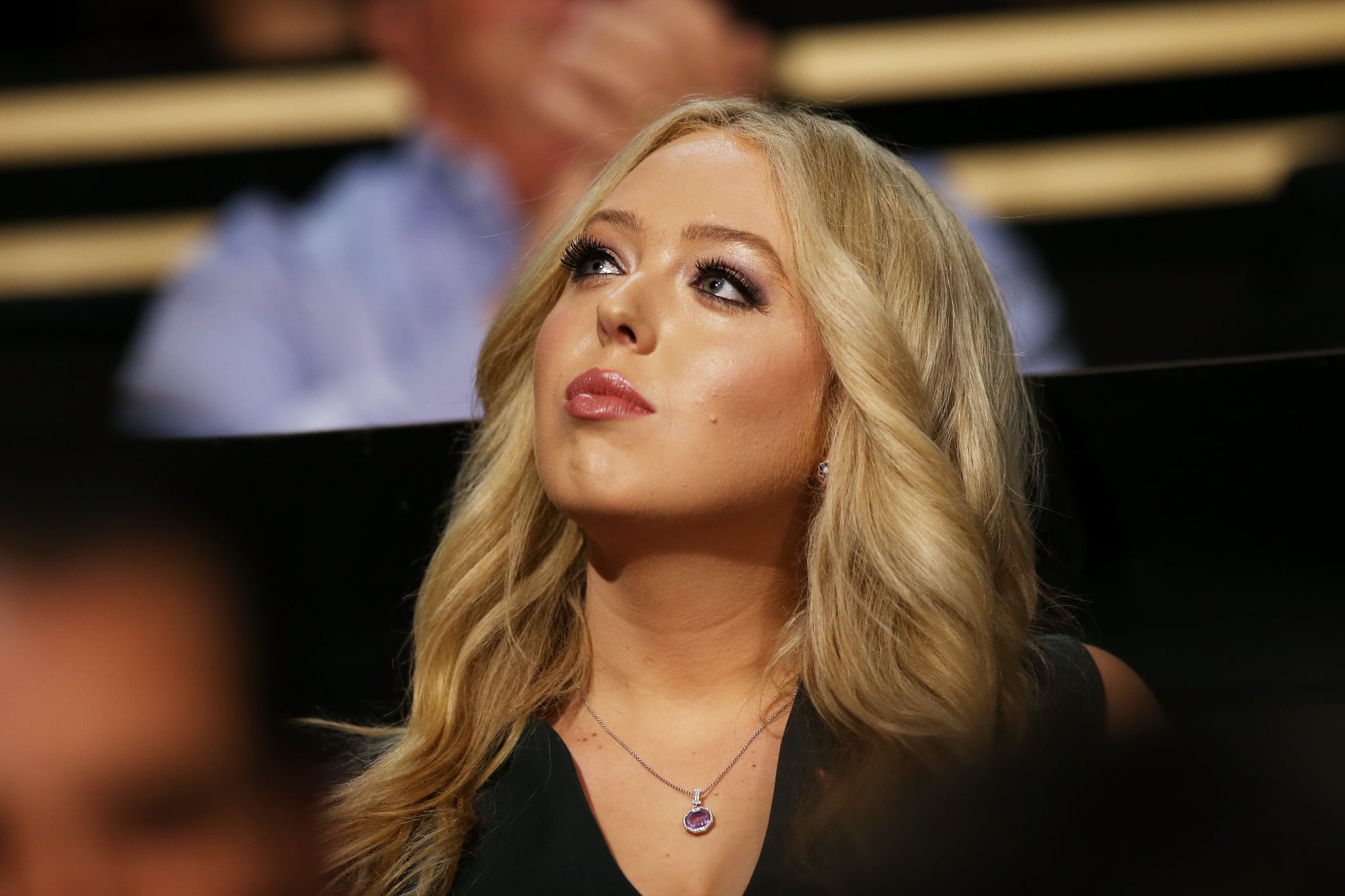 Tiffany Trump will take the stage tonight at the Republican National Convention, where she's likely to speak on the day's theme: jobs. Though Tiffany has appeared on the campaign trail with her other half-siblings for a handful of events, this week's speech will mark her first major public appearance and speech thus far.

A few basics: Tiffany is the 22-year-old daughter and only child of Marla Maples and Donald Trump, who were married for six years in the '90s. She grew up in California and she recently graduated from The University of Pennsylvania (Donald graduated from UPenn's Wharton School of Business).

Following Melania Trump's plagiarism fiasco on day one of the convention, people will likely be paying particularly close attention to Tiffany Trump's remarks, so check out five facts you should know about her before she speaks tonight.

1. Although she's been more silent than her siblings during the campaign, Tiffany has publicly defended Trump against sexism.

During a town hall forum in April where Tiffany made a rare appearance, she rebuked criticism that her father was sexist. "He wants us to do the best," she said. "And he has the utmost faith that we can accomplish whatever we set our minds to just as well as men, if not better."

2. She was raised predominantly by her mother.

In an interview with Oprah, Tiffany referred to her mother as a single mom. Though she's close with her father and he has financially supported her, Tiffany said that Marla "did raise me as a single mom." She added that people often comment on their bond, saying, "My friends and everyone I know are like, 'Wow, you guys really have a really good relationship.' She's with me a lot of the time, so people find that kind of shocking."

3. Unlike her siblings, she's a registered Republican.

Ivanka and Eric Trump made headlines in April after it was reported that they were unable to vote in New York's primary. While they did not make the deadline for changing their party affiliation from Independent to Republican, Tiffany was a registered Republican in Pennsylvania and voted in the state.

4. She studied sociology and urban studies in school.

On top of being a double major at an Ivy League school, Tiffany also earned all A's, according to her father. Her sociology concentration was in law, so a career as a lawyer might be in her future.

5. She has quite the Instagram following and has dabbled in music.

In 2011, Tiffany released a song called "Like a Bird," which featured rapper Logic. She's continued to stay in the spotlight for the past few years, and she has a massive following on Instagram — she's also featured on the blog Rich Kids of Instagram.