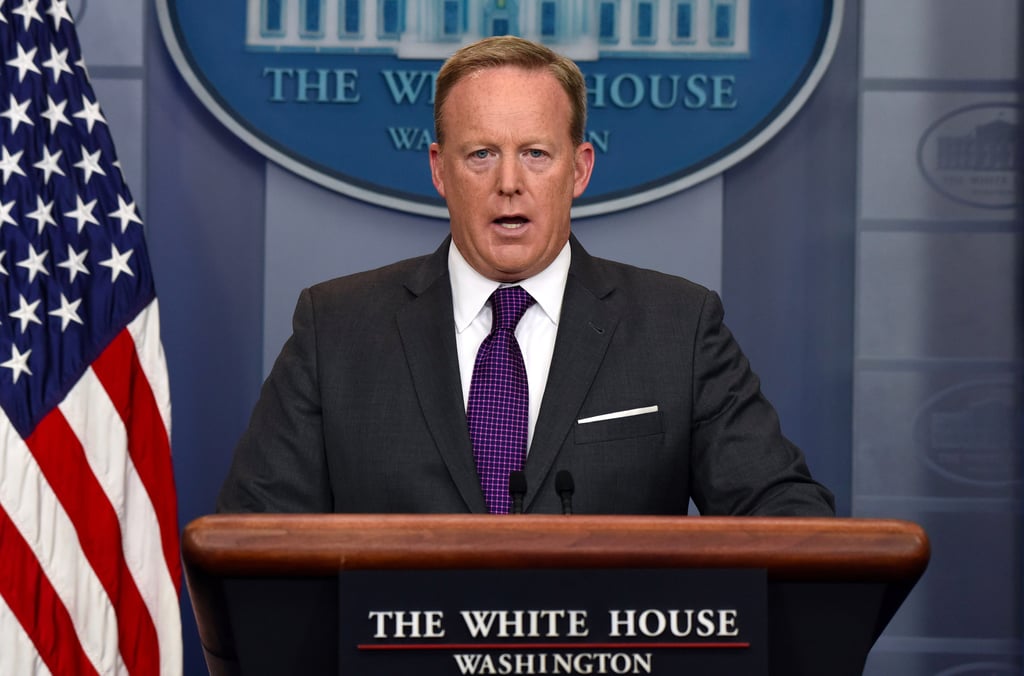 It's the end of an era: White House Press Secretary Sean Spicer is officially out. Spicer handed in his resignation to President Donald Trump on July 21, in protest of Trump's hire of Anthony Scaramucci as the new communications director. The New York Times reports that sources said Spicer "believed the appointment was a major mistake."

It's been an honor & a privilege to serve @POTUS @realDonaldTrump & this amazing country. I will continue my service through August

In many ways, Spicer's resignation feels like a long time coming, even though this administration has only been in power for six months. It's not totally devastating to see Spicer go, and even though we'll miss the memes about him, we won't miss his many flubs and falsehoods. Ahead, see some of Spicer's best memed moments.