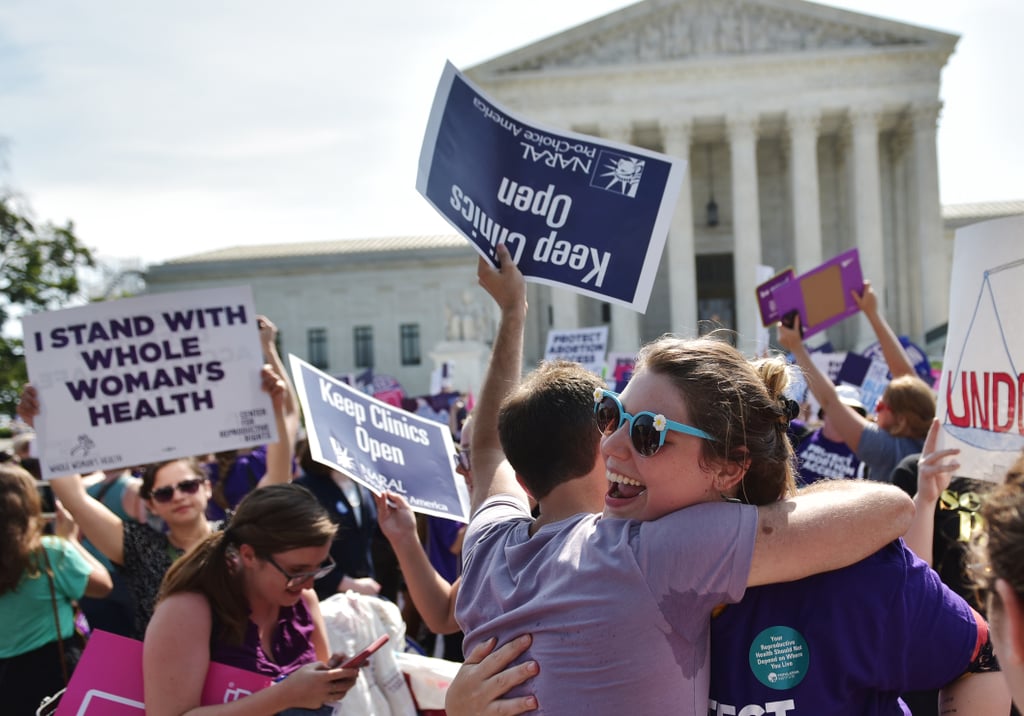 Activists cheered outside the Supreme Court in Washington DC on Monday after the justices ruled that Texas's controversial law restricting abortion access is unconstitutional. Women carrying signs with prochoice messages hugged one another when the ruling was announced, as the court's biggest abortion ruling in 25 years marked a major moment for women's rights.

The justices ruled 5-3 in favor of the Texas clinics that were protesting regulations created by 2013's Texas House Bill 2. The bill forced many abortion clinics to close, making it more difficult for women throughout Texas to get an abortion.

While female activists made their voices known in the nation's capital, others across the country chimed in on social media. Hillary Clinton was among those celebrating the Supreme Court decision, calling it "a victory for women in Texas and across America."

SCOTUS's decision is a victory for women in Texas and across America. Safe abortion should be a right—not just on paper, but in reality. -H

This fight isn't over: The next president has to protect women's health. Women won't be "punished" for exercising their basic rights. -H

Keep reading for a look at the scene outside the Supreme Court on Monday, then read more about how abortion restrictions affect women across the country.