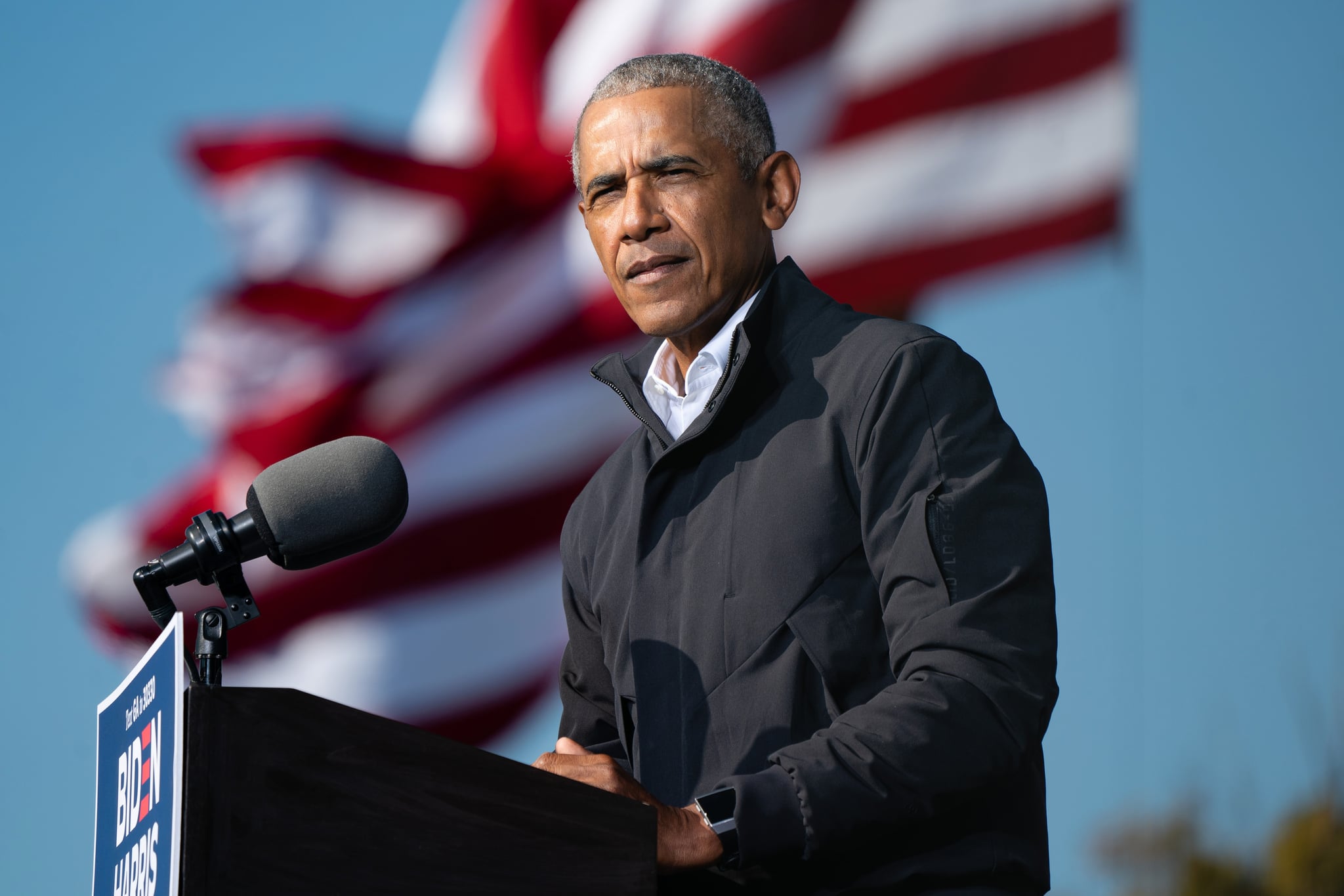 Barack Obama is receiving backlash from progressive politicians for his critiques of "defund the police" during a recent Snapchat interview. In a video published Wednesday, Obama sat down with Peter Hamby for the Good Luck America show as part of the former president's A Promised Land book tour. He told Hamby there's a danger in calling for a dismantling of the criminal justice system in its current iteration, referencing "defund the police" as a "snappy slogan" that leads to further divisiveness.

"You lost a big audience the minute you say it," Obama said, after comparing the political landscape to a marketing scheme. "Which makes it a lot less likely that you're actually going to get the changes you want done . . . The key is deciding, do you want to actually get something done, or do you want to feel good among the people you already agree with?"

Obama instead spoke frankly about his belief that the country's policing system should be reformed "so it's not biased and treats everybody fairly." He sees solutions in "[diverting] young people from getting into crime" and using mental health resources to help the homeless instead of armed officers. "Suddenly, a whole bunch of folks who might not listen to you are listening to you," he said.

Progressive congresspeople who support defunding efforts, like Alexandria Ocasio-Cortez, Ilhan Omar, and newly elected Cori Bush, publicly reacted on Twitter shortly after Obama's video started circulating. "With all due respect, Mr. President—let's talk about losing people. We lost Michael Brown Jr. We lost Breonna Taylor. We're losing our loved ones to police violence," Bush tweeted. "It's not a slogan. It's a mandate for keeping our people alive. Defund the police."

With all due respect, Mr. President—let’s talk about losing people. We lost Michael Brown Jr. We lost Breonna Taylor. We’re losing our loved ones to police violence.

It’s not a slogan. It’s a mandate for keeping our people alive. Defund the police. https://t.co/Wsxp1Y1bBi

Omar shared similar sentiments, further emphasizing Bush's point that defunding the police cannot be reduced to a slogan or marketing tool. The movement means to alleviate the country's reliance on a system intentionally built on institutional racism and violence and to allocate funding toward stable housing, community organizing, and mental health services (to name a few). "We lose people in the hands of police," Omar tweeted. "It's not a slogan but a policy demand. And centering the demand for equitable investments and budgets for communities across the country gets us progress and safety."

Ocasio-Cortez also weighed in to remind people that there's no sugarcoating the dialogue — it's meant to be uncomfortable. "What if activists aren't PR firms for politicians & their demands are bc police budgets are exploding, community resources are shrinking to bankroll it, & ppl brought this up for ages but it wasn't until they said 'defund' that comfortable people started paying attn to brutality," she tweeted.

This conversation will only continue as President-elect Joe Biden and Vice President-elect Kamala Harris prepare to take office in January. Similarly to Obama, the political duo do not support defunding the police but instead campaigned on a platform of criminal justice reform. Rest assured, activists and progressive politicians vow to keep bringing this demand to the table. "The whole point of protesting is to make ppl uncomfortable," Ocasio-Cortez continued. "Activists take that discomfort w/ the status quo & advocate for concrete policy changes. Popular support often starts small & grows. To folks who complain protest demands make others uncomfortable... that's the point."