All over the country, we're seeing signs at protests demanding justice for police brutality and pressure on social media calling to defund the police. And while it might sound like a radical or confusing concept to some, on Sunday's Last Week Tonight segment, John Oliver clearly explained what defunding the police really means and why it is the next step to moving forward.

"It's about moving away from a narrow conception of public safety that relies on policing and punishment, and investing in a community's actual safety."

"Defunding the police absolutely does not mean that we eliminate all cops and just succumb to the Purge," Oliver said. "Instead, it's about moving away from a narrow conception of public safety that relies on policing and punishment, and investing in a community's actual safety. . . like stable housing, mental health services, and community organizations."

Earlier in the segment, Oliver explained that after cutting spending on key services in many communities, the police are the only group of power left to handle almost any issue people have. He referenced the former Dallas police chief, who admitted in a briefing back in 2016 that "we're asking cops to do too much in the country" and "every societal failure [is] put on the cops to solve."

By no longer being reliant on the police for every aspect of public safety, Oliver said the role of police can "significantly shrink," because cops won't have to respond to mental health calls, dealing with young people in schools, or any other situation where force isn't necessary. Moreover, he passionately argues for defunding the police as its structure is intentionally built on systemic racism, and thus needs to be intentionally dismantled and replaced. "For much of US history, law enforcement meant enforcing laws that were explicitly designed to subjugate Black people," he explained.

Oliver also addressed why demanding for police reform won't solve the problem, as incremental reforms like the wider use of body cameras and implicit bias training were clearly not enough to eliminate racially motivated police violence. "I'm not saying that we shouldn't still try them, but in many cases, you are contending with an entrenched police culture resistant to any effort to compel reform," he said. "That is why many are advocating that we rethink police from the ground up." 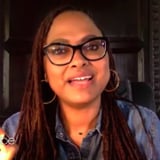 He concluded the segment emphasizing the need for all of us to fight for change and continue to do so over a long period of time. "Black communities have had to be perpetual activists, while also routinely being disenfranchised, and it is long past time that the rest of us join to make sure our voices are heard and acted upon, 'cause it's going to be far too easy for nothing to meaningfully change here."

While Oliver discussed the concept of defunding the police around the 25-minute mark, the entire segment is worth a watch, as he answered three basic questions to fully understand the reason for this demand: how we got to this point, what the obstacles to reform have been historically, and how we can keep moving forward. Check out the full video above.