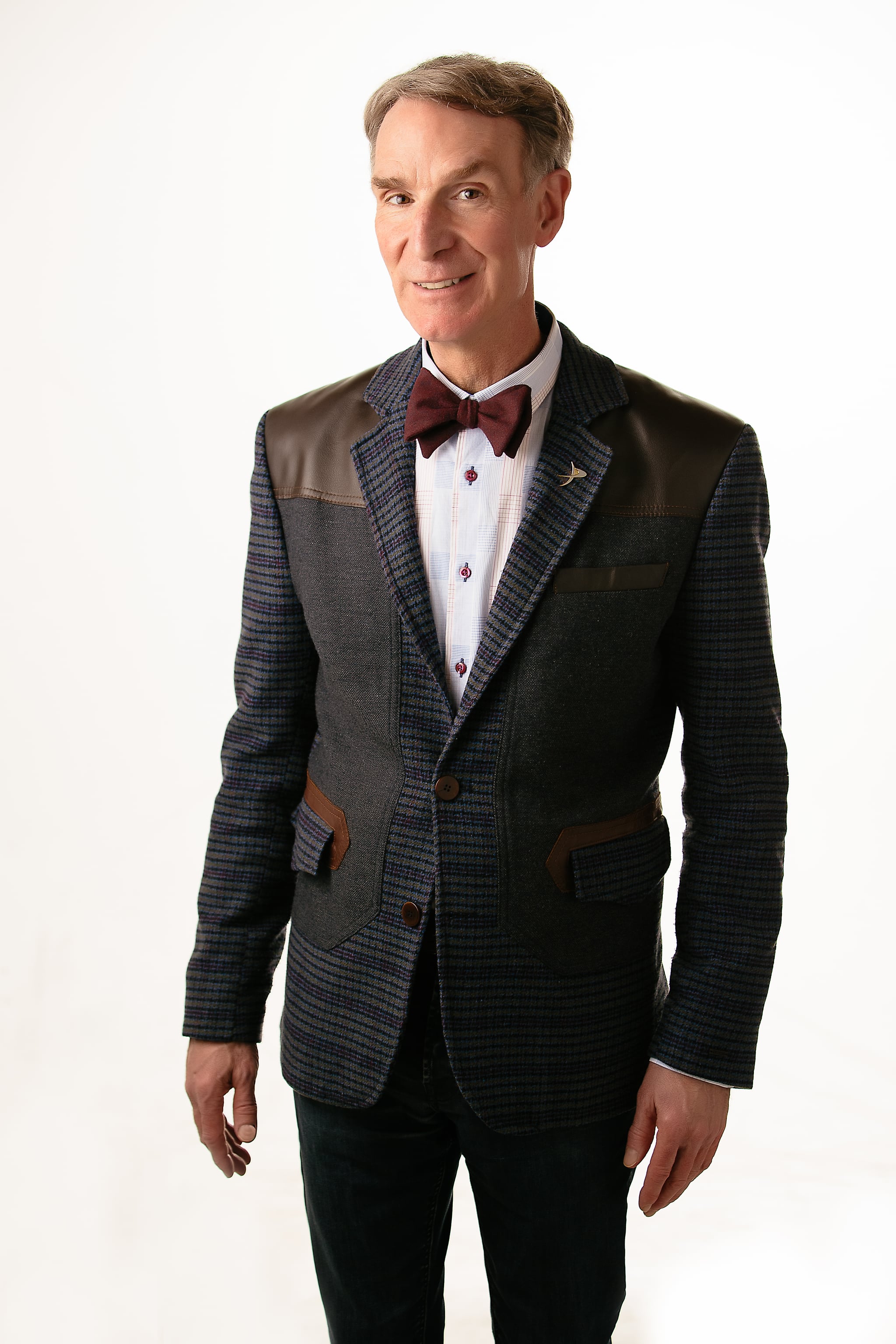 Class is in session and Bill Nye, aka the Science Guy, is here to teach us an important lesson on being mindful of our environmental impact by doing more with less. "I'm so old, I was at the first Earth Day in 1970," Nye told POPSUGAR. "And in those days, everybody wanted you to do less. To drive less. Wash your clothes less. Use fewer paper towels. Just do less, less, less, less. But that didn't catch on. That's not how people want to live. People want to be comfortable. They don't want to be deprived. It's human nature." To address this inherent fact, Nye insists that doing more with less is the key to the future. "What you want to do is just do everything more efficiently," he said. "You want to do more with less so that your quality of life continues to get better and better [and so that] your effect on the environment is less and less noticeable."

Doing more with less might sound easier said than done, so check out Nye's roadmap for change ahead to learn a few meaningful ways we can actively have a positive influence on the future of the planet.

Acts like keeping track of our carbon footprint and reducing plastic waste have their place when it comes to tackling climate change, but Nye pointed out that an often overlooked yet key factor is the reality of voter suppression in the United States. As the third-most populous country in the world and the second-largest greenhouse-producing nation on the planet, the US sets an example for other countries in its approach to climate change and sustainability issues. Yet environmental impact is largely not top of mind during US voting cycles.

"Climate change is an enormous problem and we're going to need big ideas to address it," Nye said. "Individual actions without big, big changes are not going to do it. [Change] takes political will. We can't have people sitting on their hands, saying, 'Oh, it just seems like so much; I just don't know if I can do this' . . . Take the environment into account when you vote." In recent years, some government officials and many of those in power have actively worked to reverse the idea that our individual votes are effective, jeopardizing both our political future as a country and the future of our planet. The threat climate change poses is immediate, and voting is instrumental in initiating a wide-scale impact, but Nye pointed out that there are also ways to have a positive environmental influence on an individual level.

Be Aware of Your Food's Environmental Footprint

One way in which people try to reduce their environmental footprint is by consuming plant-based meat, like the Impossible Burger, which requires 87 percent less water, 96 percent less land, and 89 percent less fossil fuel emissions to create than a quarter-pound of regular ground beef. "I think there's going to be a growing trend towards those kinds of food products," Nye said, a prediction that would prove life-changing considering a quarter-pound of beef alone requires 14.6 gallons of water, 13.5 pounds of feed, and 64.5 square feet of land to produce. Given that many people are resistant to changing their diets, Nye added that there are plenty of other ways we can secure the future of the planet without giving up the more convenient aspects of our everyday lives.

Research Before You Invest in Reusable Products

Being cognizant of our own sustainability practices has a long-term impact on the environment and an immediate impact on our personal health. At home, for instance, cleaning our kitchens with reusable cloths instead of paper towels might seem more sustainable on the surface, but they're usually a breeding ground for bacteria, making them more susceptible to cross-contamination and less efficient to use in the long run. A 2014 study published by ResearchGate found that, out of 82 kitchen hand towels collected across the US and Canada, coliform bacteria (fecal contamination) was present in nearly nine out of 10 and E. coli was present in one in four.

To reduce these numbers, Nye recommends using Bounty paper towels. "When it comes to paper towels, Bounty enables me to do more with less," he said. "I use fewer paper towels and I get more done in the land of wiping and cleaning." The brand also works to restore and protect forests globally by planting at least one tree for every one they use. By taking the time to research and invest in products like durable and environmentally friendly cleaning products, we can reduce the amount of waste we're making and begin to see a positive change in our health and the health of the planet. In this way, the classic "reduce, reuse, recycle" proverb takes on a fourth "R" as we rethink our choices — big and small — with regard to the future of Earth.

Nye also noted the importance of electrifying all transportation — including cars, trucks, trains, buses, etc. — and taking existing gas-fueled cars off the road. "A gas-powered car on its best day is about 30 percent efficient. This is a consequence of friction in the engine," Nye said, pointing out that gas-powered vehicles burn more fossil fuels and create greater amounts of carbon dioxide. "Electrical drivetrains are over 90 percent efficient. And so we could change the world — if we can make this change."

Educate Yourself on the Harmful Effects of Carbon Dioxide

On a larger scale, rapid climate change is a direct result of human influence and will continue to pose a sweeping threat to the planet unless world leaders and corporations prioritize the reduction of greenhouse gases. "The Earth would not be livable without the greenhouse effect," Nye said. "It is analogous, not perfectly analogous, but analogous to how glass keeps heated a greenhouse. And so by adding all this extra carbon dioxide, we're making the Earth warmer than it would be otherwise. That is the big issue: the speed at which we are changing the world's atmosphere."

"This is going to require technologies that are just being thought about or just emerging. And so, I'm excited about that . . . The future's exciting."

Nye added that the speed at which we address this issue as a society is key, and the solution begins with the significant reduction of carbon dioxide in the air. "The world has kept warm enough for us to live here so that we have water as a liquid and water as a vapor. We have oceans and clouds," he said. "It has kept warm enough for that to happen because of certain gases which are in Earth's atmosphere. The one everybody talks about is carbon dioxide. It's not the strongest gas that does this, but it's the most important in the sense that it's the one we can control the easiest and the one whose concentration we've affected the most."

To reduce these carbon dioxide emissions, Nye said, "We have to have our transportation systems be more efficient, our farms more efficient and less, for example, wasteful of fertilizer. But the other thing we're going to have to do is actively take carbon dioxide out of the air." To do so effectively would require humankind to remove "thousands or even millions" of carbon dioxide sources across the globe. "And this is going to require technologies that are just being thought about or just emerging. And so, I'm excited about that . . . The future's exciting."

Check out Nye's new Peacock series The End Is Nye to find out more about how other possible natural and man-made disasters can be prevented.