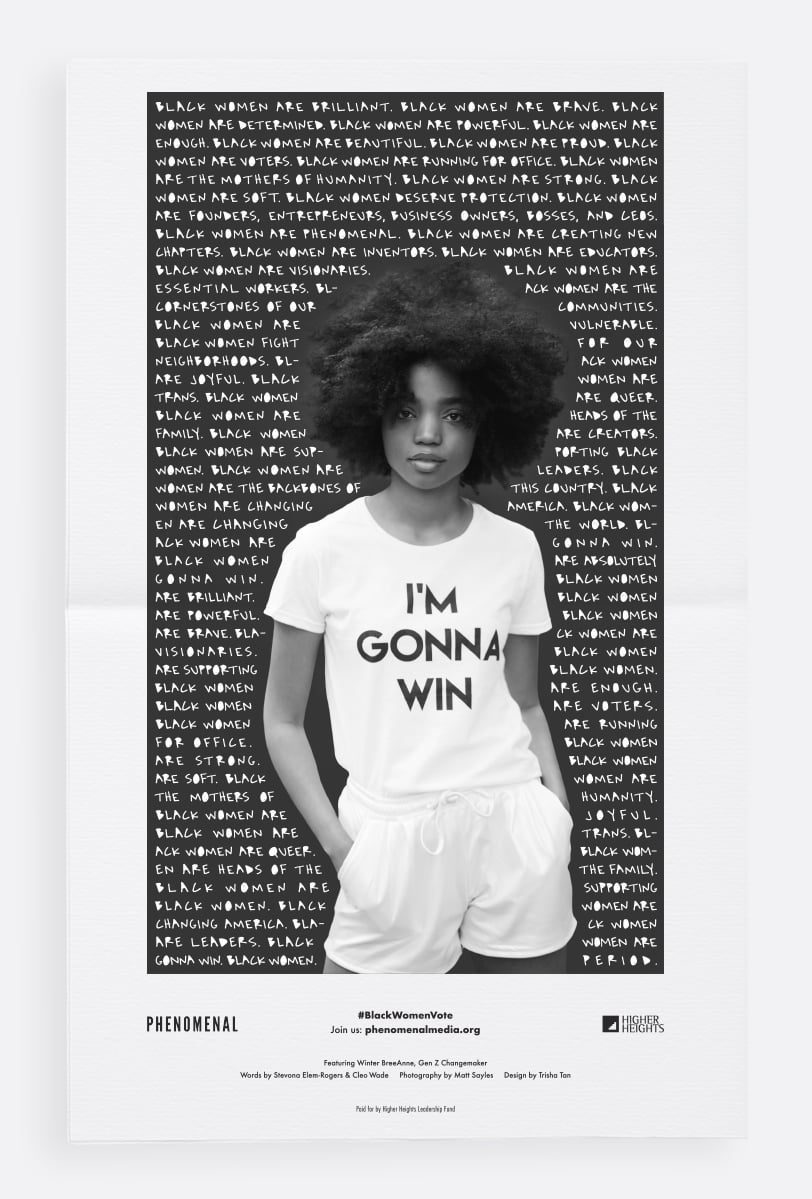 Fifty-five years ago today, Black women gained the right to vote by way of the Voting Rights Act of 1965. That's 45 years after white women were guaranteed the right by the 19th Amendment, and over 100 years after all white men were extended the right the vote, demonstrating the many obstacles Black women have faced to simply have a say in their democracy. In a powerful ad in today's New York Times, Higher Heights, an organization dedicated to advancing Black women in politics, and Phenomenal, a women-powered brand that raises awareness for various causes, have teamed up for an important message. The ad both celebrates the passing of this triumphant legislation and highlights the importance of voting rights, particularly for Black women, during this critical election year.

"Black women have long been the most reliable and active participants in our democracy, yet historically they have been the last group granted the protections to participate."

The full-page ad features Winter BreeAnne, a 19-year-old teen activist, in Phenomenal's "I'm Gonna Win" T-shirt, surrounded by statements written by Cleo Wade and Stevona Elem-Rogers to uplift and empower Black women. As part of Higher Heights' #BlackWomenVote campaign, the ad showcases the collective power of Black women ahead of the upcoming election. "Black women have long been the most reliable and active participants in our democracy, yet historically they have been the last group granted the protections to participate," Phenomenal's founder and CEO Meena Harris said in a press release. "What we know for sure is that it wasn't for lack of trying and fighting. While 2020 marks 100 years of women's suffrage, it's not the centennial of suffrage for all." Get a closer look at the moving ad above.