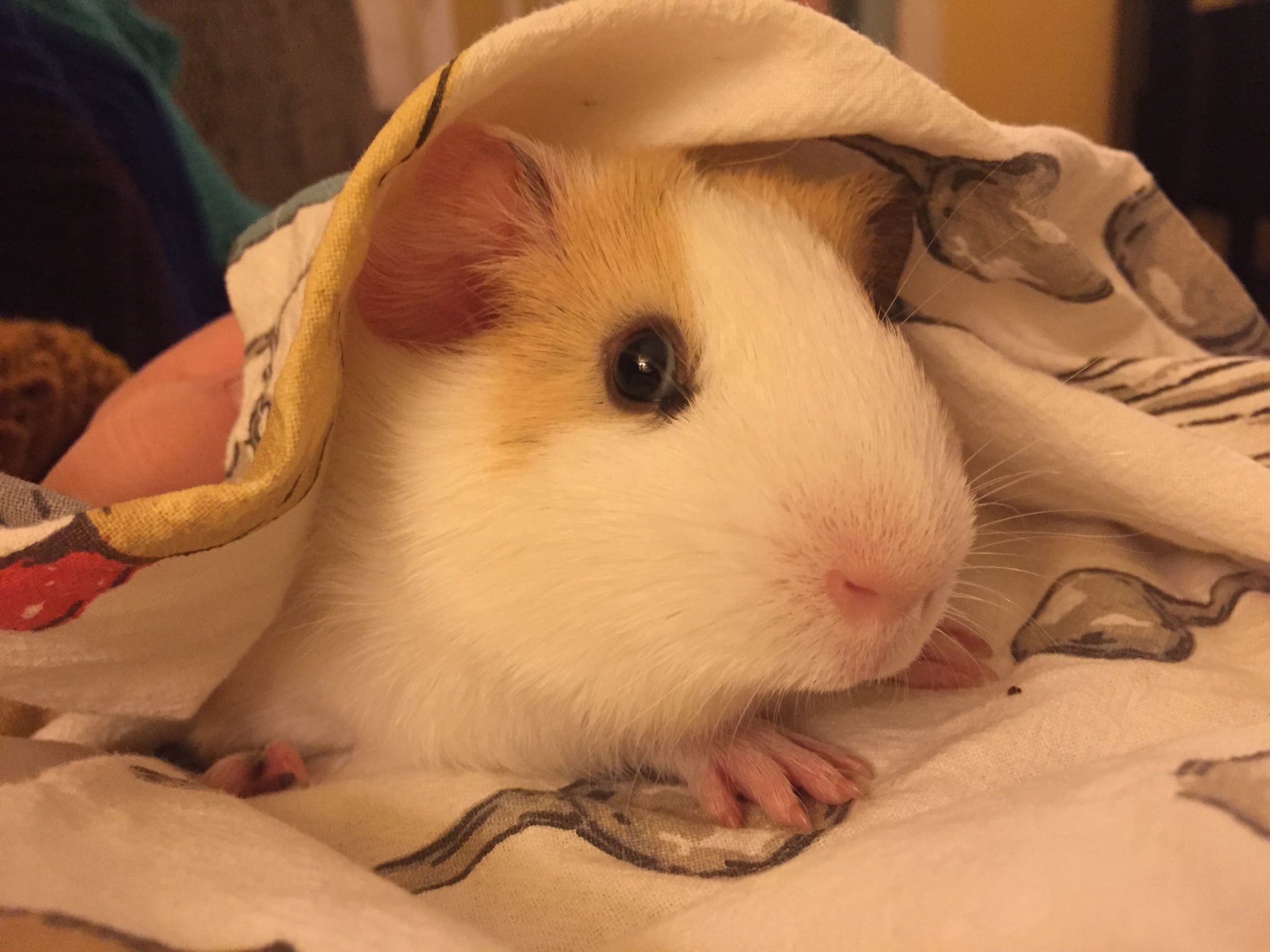 I'm a happily married mom of two boys. On any given day, I am called to be a chauffeur, cook, referee, accountant, or nurse for my family. And for the most part, I juggle it all well. But sometimes my anxiety and depression get the better of me, and for that I turn to Dewey. Who's he? Dewey is my cream-colored, brown-spotted, pink-nosed guinea pig. Yes, I consider my guinea pig an emotional support rodent.

I grew up in a pet-loving family. Throughout the years, there was always a dog I could cuddle, a parakeet I could chirp to, or a goldfish I could tap at. It should also be known that I was a very anxious child, and that I quickly found solace in these pets. One of my earliest pet-related memories is sitting in the backyard with my dog, Baxter, whispering into her ear all the worries I had about school and friends. I was about 11. Even then, I realized how much this furry companion meant to me.

She didn't judge. She didn't talk back. She just listened and gave me unconditional love all in exchange for a few pets. She died when I was in high school, and it hit me hard. So hard that I tried to never get as attached to another pet like that ever again. But sometimes those furry little faces get you, and just when you need them the most, they show up.

Related:
I Travel With My Emotional Support Animal, and This Is What I Want You to Know

We didn't intend to get a guinea pig. In fact, a guinea pig was never a pet I had ever considered. But my son's school needed someone to watch their class pet during holiday break — a gigantic guinea pig by the name of Pepito. Our whole family got used to him over the break — and it was quite lonely when we had to return him back to the classroom — so we decided to get one of our own. Off we went to the local pet shop. One look at Dewey and we knew he was destined to be a member of our family.

Eventually the excitement of the new pet started to wear off on the other members of the family, but it didn't dwindle for me. There wasn't a day that passed where I didn't take him out of his cage and pet him. He would be on my lap when I read a book, watched television, or talked on the phone. The funny thing is, I think he can tell when I need him the most. He crawls up to my shoulder, and nuzzles in for a snooze. I can feel his soft snores and the warmth of his furry little body. When I'm spending time with Dewey, it's like my stress melts away.

It's true when they say that animals can reduce a person's stress. According to the Anxiety and Depression Association of America, nearly 80 million American households have some form of pet. And in their recent survey of pet owners, 74 percent of pet owners reported mental-health improvements from pet ownership. I can definitely vouch for that number.

When people think about getting emotional support from an animal, cats or dogs usually come to mind. But, not for me. I'm happy with my guinea pig. Sure, I might get strange looks when I tell people about him, but who cares. Dewey is the best support I could ask for.