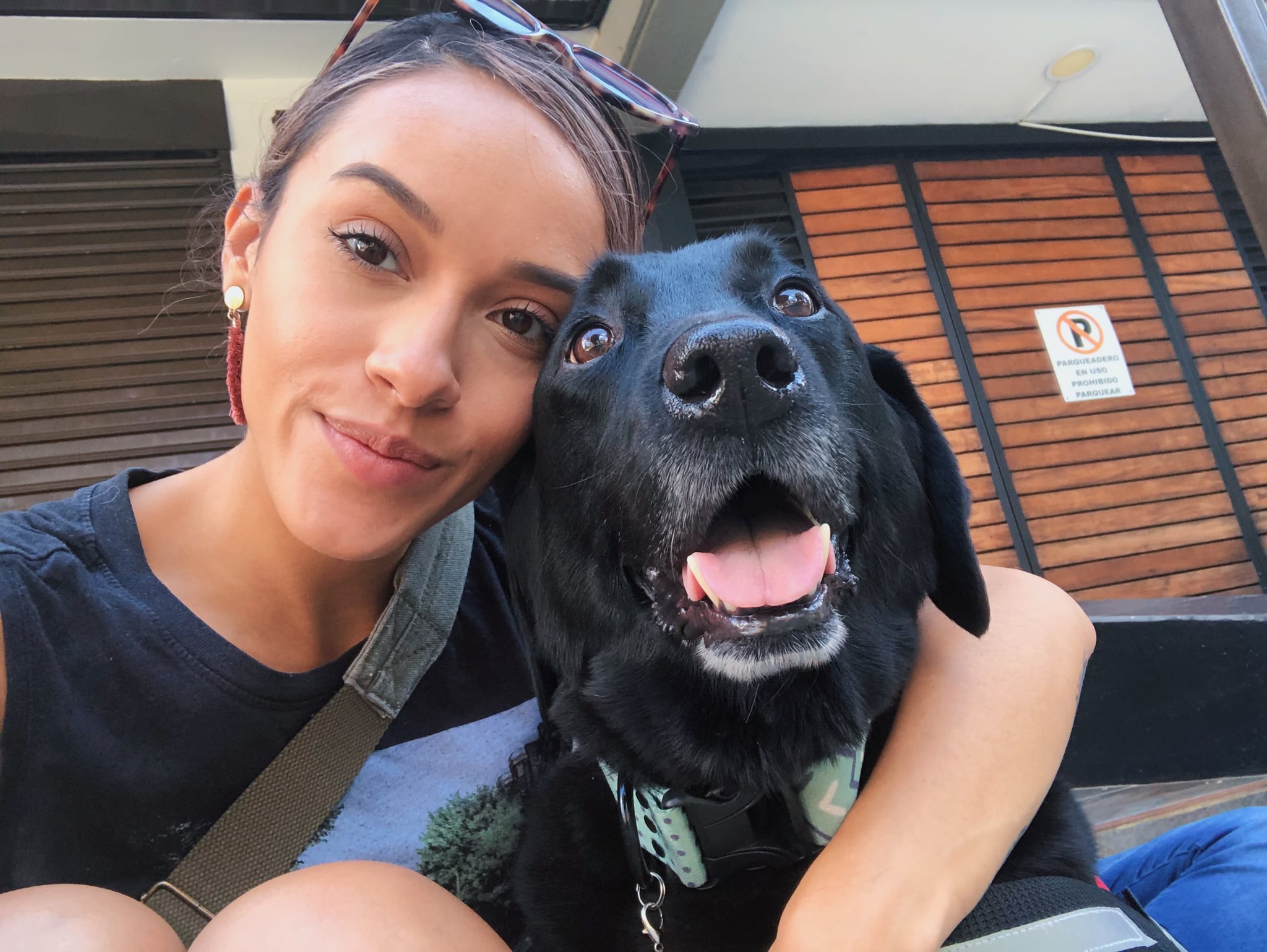 When I was 24 years old, I purchased a house with an expansive backyard that was perfect for a furry companion. Six months later, it became home to a rescued senior dog named Sam who was believed to have only a week to live as a result of kidney failure. Adopting him under such grave circumstances was scary, but two years and one happy, healthy pup later, I can confirm without a doubt that it was the best decision I've ever made.

The post was short and picture-less with a message that read: "Would anyone take a sick senior dog for as long as he has left to live?"

A year and a half before Sam came into my life, I was severely attacked multiple times by a large dog, which left my face and arm deeply wounded. The attacks alone and the subsequent loss of a dog I loved injured my lifelong love for dogs and squandered any hope that I'd ever be able to get physically close to, much less own one again. After a year of working toward healing from the attacks and following the purchase of the house with a big, beautiful yard, I finally felt ready to search for a dog that could help rebuild my trust again. For months, I scanned shelters in my home state of Connecticut and even toured a shelter while on vacation in Colombia hoping to find the perfect pet, not knowing that the whole time I was looking in all the wrong places.

A week after coming home from Colombia puppy-less, and about three months after my dog search began, I stumbled upon a post written by an old high school friend who worked as an animal control officer. The post was short and picture-less with a message that read: "Would anyone take a sick senior dog for as long as he has left to live?"

I replied "tell me more" before even taking a breath, and was immediately met with a stream of pictures of a gorgeous doe-eyed black Labrador retriever. 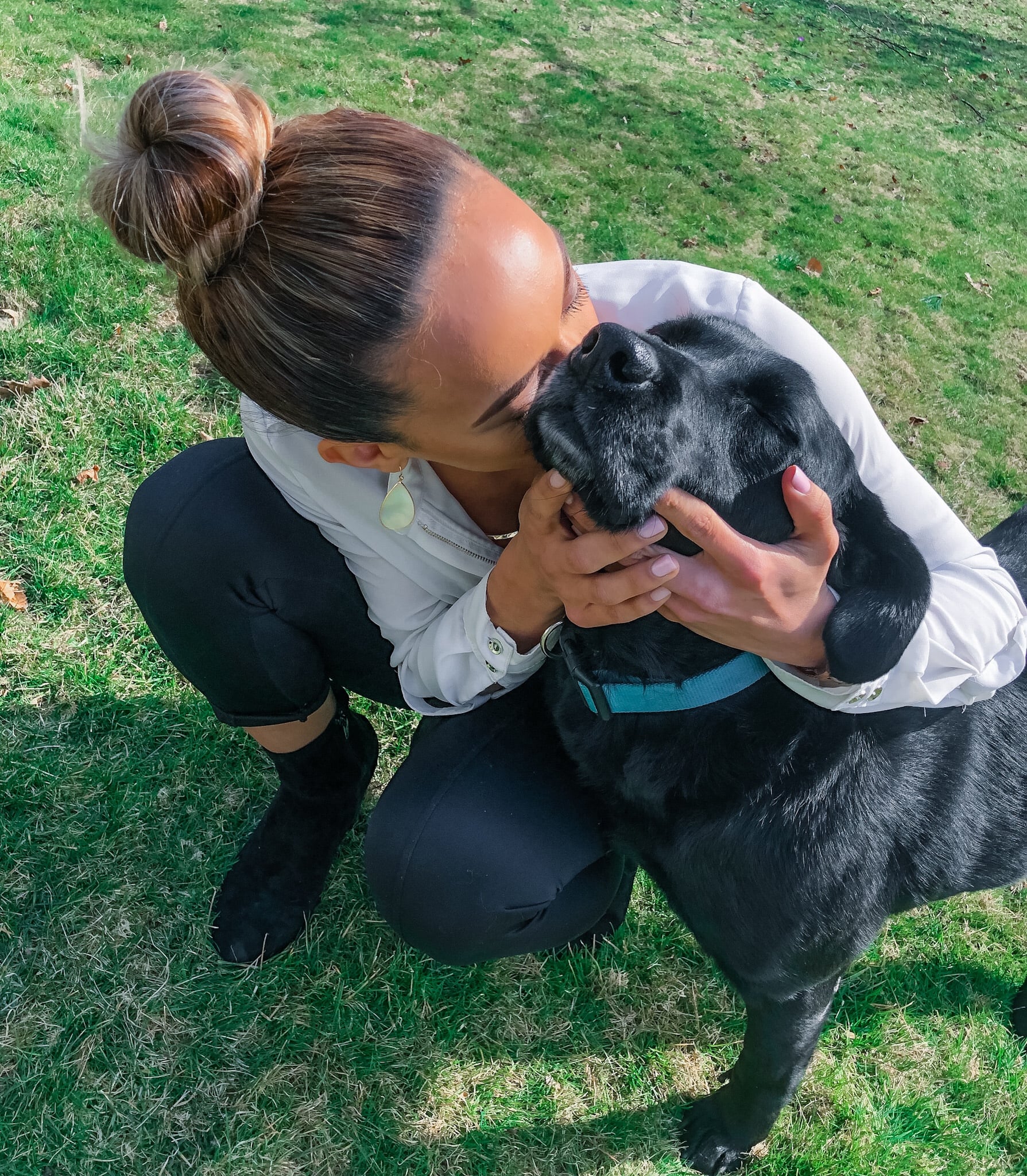 I was told that his name is Sam and that he was found on a farm two months prior, alongside 36 other sick or dead animals. He was found emaciated, injured, and was believed to be in the final stage kidney disease. When I asked about his prognosis, I was told, "It could be a week, a month, or possibly a year." The thought of potentially losing a new dog within a week or month of meeting him filled me with dread and fear of subjecting myself to that gut-wrenching pain again. But when I considered the conditions he was found in and the home filled with love and unlimited tennis balls to fetch waiting for him, I couldn't say no.

Within an hour, I had an appointment to meet him. And once I did, my life changed forever.

When I saw him for the first time, he was less skinny than he had appeared in pictures, his coat was fuller, and the only notable deformities he had were a few skin tags hanging from various parts of his body. They didn't seem to bother him, which was evident when he wagged his tail at full force, accompanied by swaying hips, without any sign of pain or discomfort. He gleefully jumped on my lap as soon as I sat down, which prompted the animal control officer who had cared for him for the past two months to smile and say, "Oh yeah, I forgot to tell you that Sam loves to give hugs." 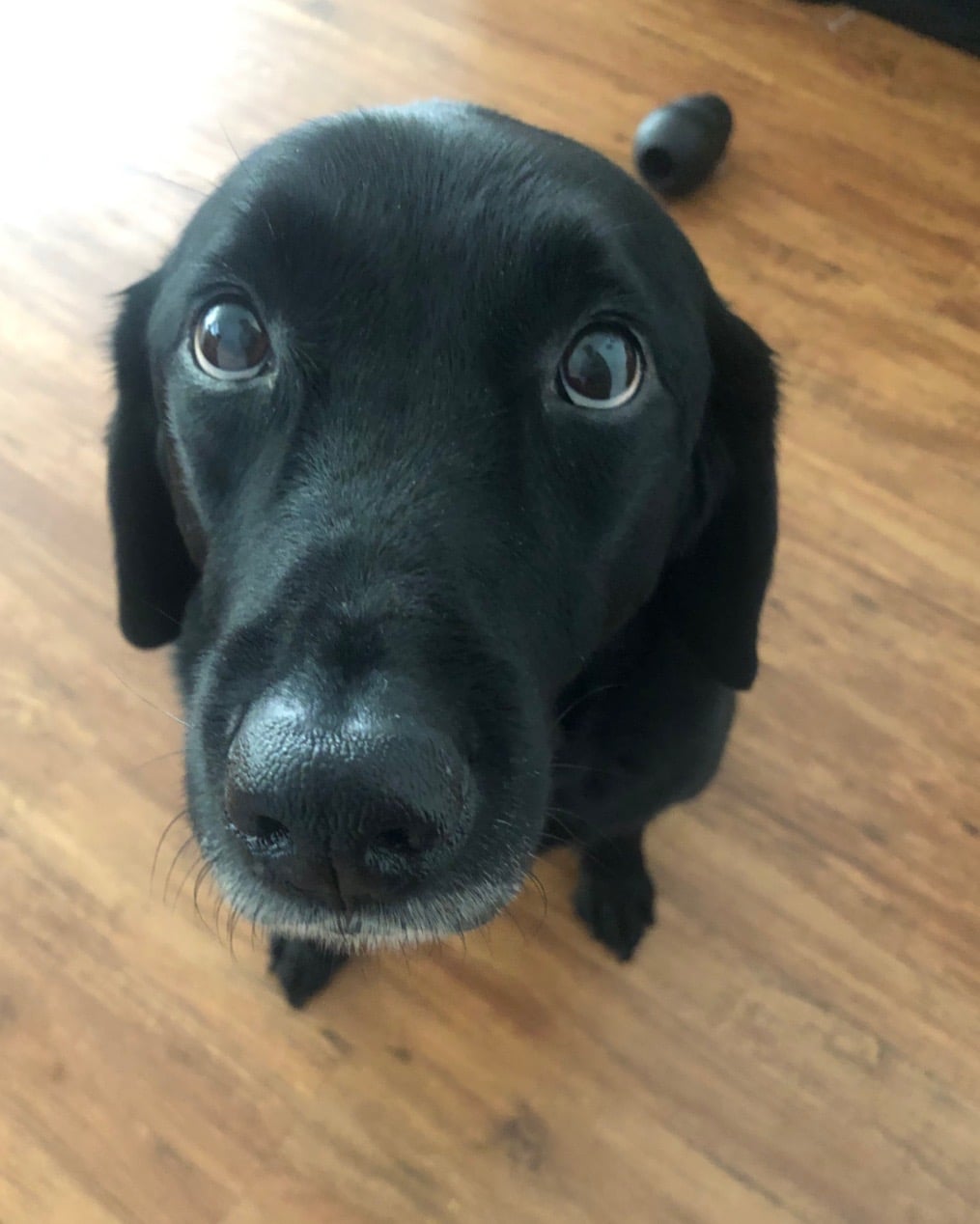 He was, they told me, one of the last of the 34 living animals found with him to be adopted. I absorbed this information and looked down at his face in my lap. His tail wagged.

The animal control staff proceeded to tell me that, although Sam looks and acts youthful in many ways, he is still really sick. When he was first rescued, attending staff members suspected that he may have cancer. Tests run by their veterinarian confirmed that while he didn't have cancer, his test results showed signs of significant kidney damage. It was evident that the shelter staff adored Sam and worried about his health. He was, they told me, one of the last of the 34 living animals found with him to be adopted. I absorbed this information and looked down at his face in my lap. His tail wagged. After looking into his large, beautiful, and expressive-to-the-point-of-actual-conversation brown eyes — and witnessing the overflowing sweetness of his heart — I knew I couldn't leave without him. I signed his adoption contract, hugged the animal control officers goodbye, and headed home hand-in-paw with my new floofy love.

Soon after adopting him, Sam's diagnosis reduced from kidney failure to stage 2 kidney disease with an additional diagnosis of Lyme disease, neither of which seem to impact his day-to-day life, even now two years later. His skin conditions and injuries healed, his fur grew back in bald spots, and the shine in his coat is now one of his most-received compliments, second only to the sweetness of his gaze. He has had a slew of unexpected medical emergencies, from snapping a claw during an intense game of fetch to not being able to walk or eat after a tornado devastated our neighborhood. But as a dog-parent, especially of one that is older and/or sick, medical emergencies are part of what we sign up for. Treatment can often be costly, and seeing your dog in discomfort at the vet instead of snuggled up at home is heartbreaking to say the least. But I found that surrounding Sam with love both at home and at a dedicated veterinary clinic during his treatment helped him progress to a happier, healthy life. 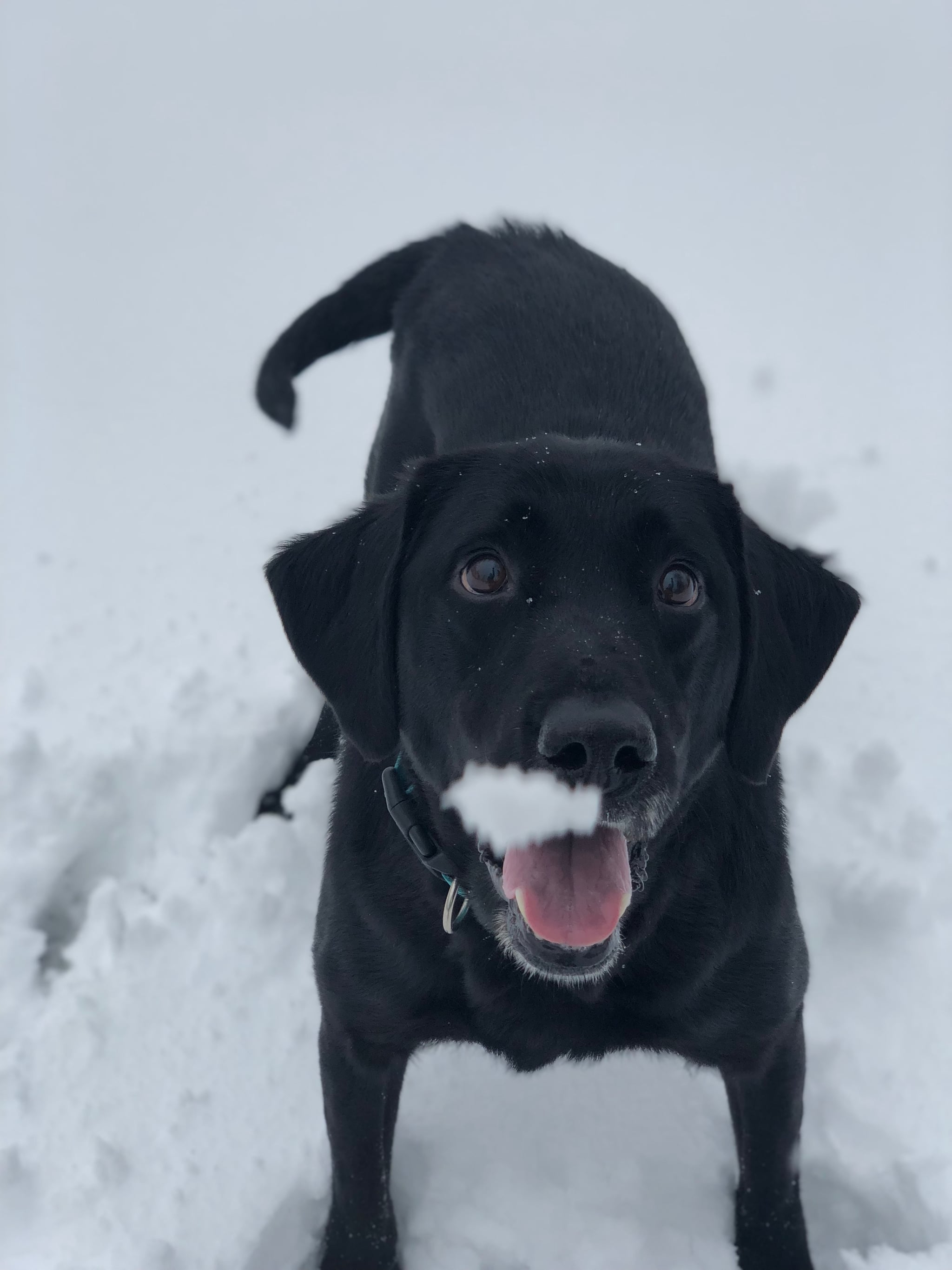 We still take each day as it comes with Sam's health. I am still learning how to best care for his sensitive stomach with each new episode, and I always keep an eye on the state of his achy hips after a long walk. These are some of the things that make Sam's older age and declining health more apparent each day, but they exist in conjunction with qualities that one would find in a bouncy, vibrant puppy. His ears still perk up and his tail goes into helicopter mode when chasing a coveted tennis ball. He will eat anyone's food - his food, your food, things that are not food — ten times over, and he truly does love to give hugs. He is a puppy in his eyes and spirit, whose true age is only revealed by the grey in his beard and the slowness in his rise after a long nap.

Adopting Sam knowing that he was already sick and expected to decline was daunting to say the least, and continues to be as he gets older. But watching him defy the odds two years later and enjoy life as a healthy dog would has made it all worth it. It was scary at first to take a chance on a sick, senior dog, but now I can't see myself adding new furry members to my family any other way. 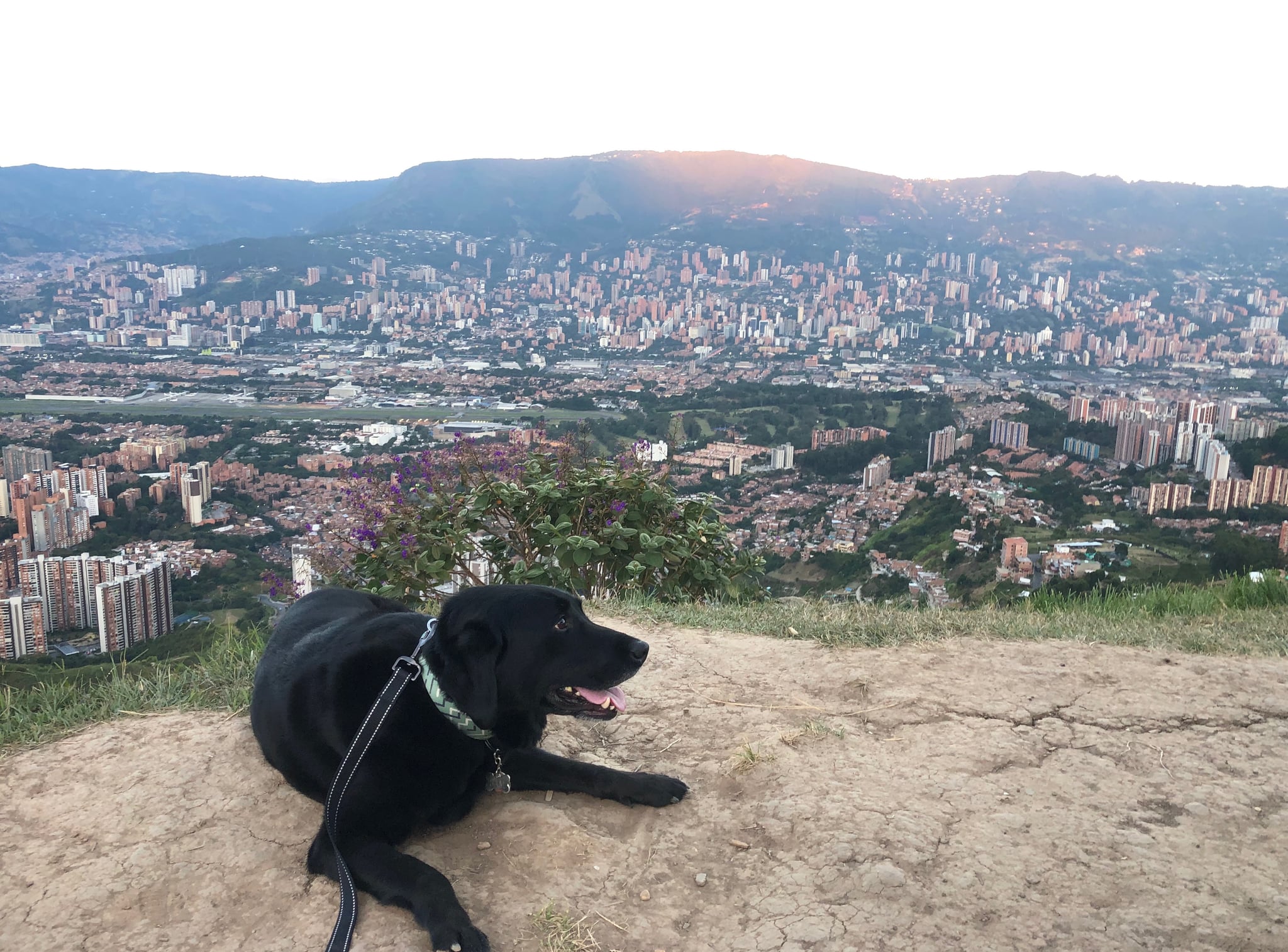 Two years after first adopting him from a pound in Connecticut, Sam and I now find ourselves living in Medellín, Colombia, both happier than ever. It's hard to put into words just what Sam means to me. On the surface, the feelings I have for him are universal among all pet owners: he is my loyal companion, my silent therapist, and never fails to fill each day with unlimited light and love. But our story goes deeper than that.

He keeps me calm on walks when the sound of a barking dog sends a jolt through my body and re-triggers my trauma. He rebuilt my trust in dogs again, and instilled hope that there are so many dogs out there waiting to be loved who only want to give love back.

For one, he has been pivotal in healing my severe dog bite trauma. I finally feel comfortable putting my face on his to give him a kiss, which is something I never thought I'd never be able to do again. I feel safe lying next to him and getting close to him in ways that, for me, meant inevitable attack before. He keeps me calm on walks when the sound of a barking dog sends a jolt through my body and re-triggers my trauma. He rebuilt my trust in dogs again, and instilled hope that there are so many dogs out there waiting to be loved who only want to give love back.

Second, Sam's presence in my life has had an incredible impact healing my broken heart after an extremely devastating breakup. When I first adopted Sam, I did so in partnership with my boyfriend at the time. Less than a year later, however, I learned that my partner was living a secret life which included another girl and another dog — ironically, the same breed as the dog who attacked me. It was a betrayal of unimaginable proportions, especially since we experienced the dog attacks together, but having Sam by my side repaired my heart in so many ways. He slept in my bed on nights when racing thoughts kept me from sleeping peacefully. He quite literally dried my tears with his hugs and, when I decided to quit everything and pursue my dreams by moving to Colombia, he walked happily onto the plane by my side, slept at my feet the whole way there, and wagged his tail with excitement as he took his first steps in our new country a few hours later. 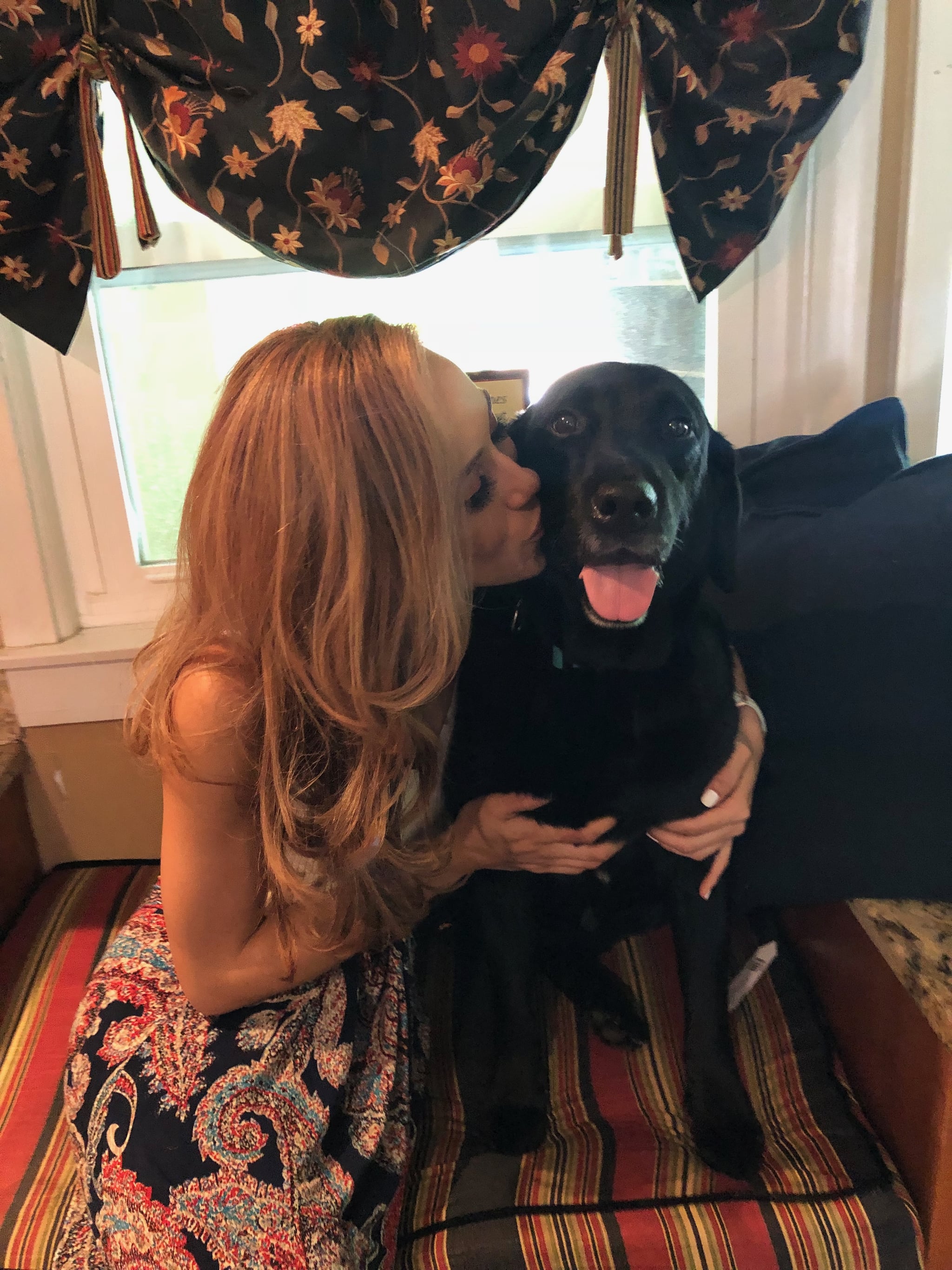 Finding the right words to explain how much my life has changed since adopting a sick, senior dog – a dog who was believed to only have a week to live – is an impossible feat. To me, he is everything. The experience of bringing him into my life for the purpose of giving him a loving and fulfilling final chapter has rewarded me with countless memories, and has already left a forever-mark on my soul. I am so looking forward to playful days with Sam for the rest of our days together, and continuing to open my home to more animals in need in the future.

Once upon a time I adopted a dog who only had a week to live; two years later, we are still living our happily ever after. 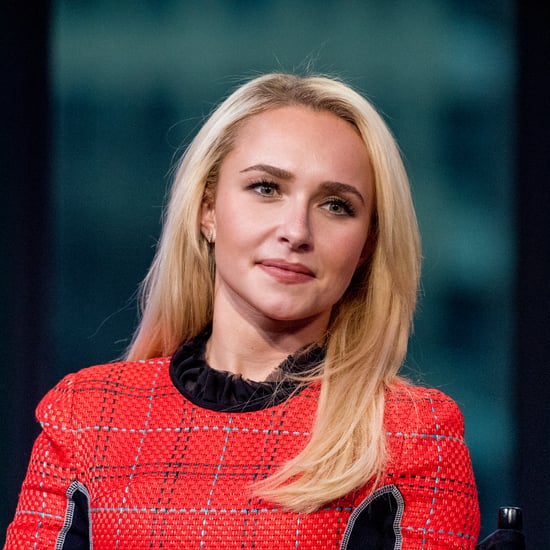