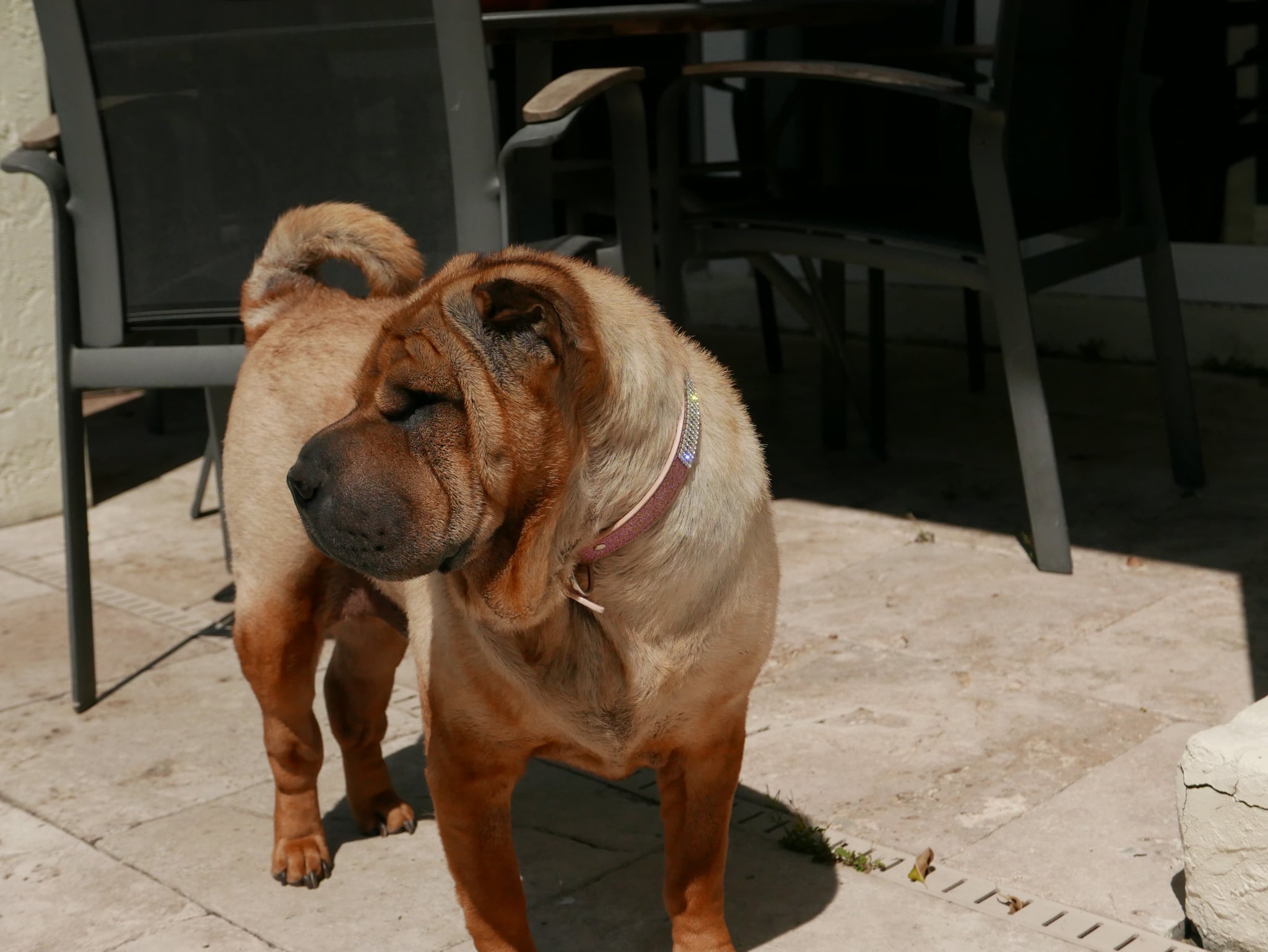 You know when dogs love to go for walks so much they pull you through the streets the entire way? As in, tugging you full force into mailboxes, fire hydrants, or anything else that might be in your path? Or when they pee on your precious carpet, even when you tried to show them a million times it should be done outside? That's what I went through with my Shar-Pei, Lola. I tried to train her using treats or toys on my own, but to no avail. And even though I absolutely adored every second with her, I still felt that her lack of training was making life much more hectic than planned. I needed reinforcements.

Once I noticed that Lola's behavior was getting difficult to manage, even though she was really cute when she was clearly doing the wrong things, I decided to call a trainer that could handle the situation with expertise. Once the trainer came to my house, she sized up Lola's 50-pound frame, all wrinkly as she lunged towards her legs, and immediately began. An important thing to note first is that the trainer focused more on positive reinforcements rather than punishment, and consistently communicated with Lola to remind her of what she had to do. I never wanted Lola to be punished, especially for small things, since she was an especially sensitive dog that had been neglected and abused before I adopted her. I was ecstatic that the trainer had the same opinion, using affectionate language (such as "good girl"), yummy treats, and a slobbery tennis ball to help Lola understand what we were asking her to do.

Related:
5 Ways to Make Your Life as a Dog Parent Less Stressful

Once training began, we decided to take Lola for a walk. Reinforcement was key, so we brought along tiny treats to use when needed, as well as a "marker" (a whistle) that further emphasized when Lola did something right. The first step was to teach Lola how to "heel" in order to prevent her from lunging towards anything she found interesting on our walks, like people, other dogs, or even garbage. Up until this point, my pup always walked at the end of her leash, never by my side, which meant I had to practically run behind her to keep ahold of her. We gave her a treat for every few steps she stayed by my side, using the whistle to highlight the point. Although it was difficult to modify an innate behavior, eventually, Lola became a steady walking companion, eager to match my pace. Apart from teaching her how to heel, we also addressed other concerns: the trainer taught Lola how to sit, stay, and come on command, mostly with just positive reinforcement, motivational training, and clicker training. So, what was left? Teaching her much-needed sociability.

With humans, she was in absolute heaven, but she had a distrust and fear of other dogs that was difficult to manage. Never aggressive, Lola's main problem was that she'd freeze when near other dogs, which I had noticed on some of our walks. The trainer brought other dogs she was training, and accompanied Lola and I to the local dog park. It was time to make Lola understand that other dogs could be fun friends, not scary foes. Taking off her leash at the enclosed park, Lola timidly began to smell her way in, almost looking towards the trainer's other dogs for support. There was a bit of a breakdown – as in, plopping herself right in the middle of the park and laying down – but eventually she became friends with a gorgeous big poodle. As Lola began to run with her around the park, you could tell she had finally realized how much fun she could have with her own kind. After tons of treats and many tennis balls (for fetch!), Lola had finally had been trained to be easier for us, but most importantly, happier and more fulfilled for herself, too.

Getting puppy training for Lola was one of the most valuable things I ever did. Training her on my own always seemed daunting, and I quickly realized that the tricks of the trade were better left to a professional. Using positive reinforcement – and lots of treats – Lola went from a shy wallflower at the dog park to the life of the party, running from dog to dog and enjoying playtime more than ever before. Taking her for walks became so much easier, too. She finally understood the meaning of "heel," and allowed me to control the direction and speed of our daily ventures. Although lessons only lasted around a month, the trainer equipped my family with the right words and dynamics to continue training past our appointments, so we continued to teach Lola right versus wrong. Whether related to chewing on random objects, being scared of loud noises, or housetraining, we finally felt ready to handle all of it. Overall, I don't think I could have successfully trained Lola on my own and I would pay for them again in a heartbeat.

Halloween
Aw! This Dog's DIY Squid Game Costume Will Be the Only Thing on My Mind This Halloween
by Chanel Vargas 10/20/21