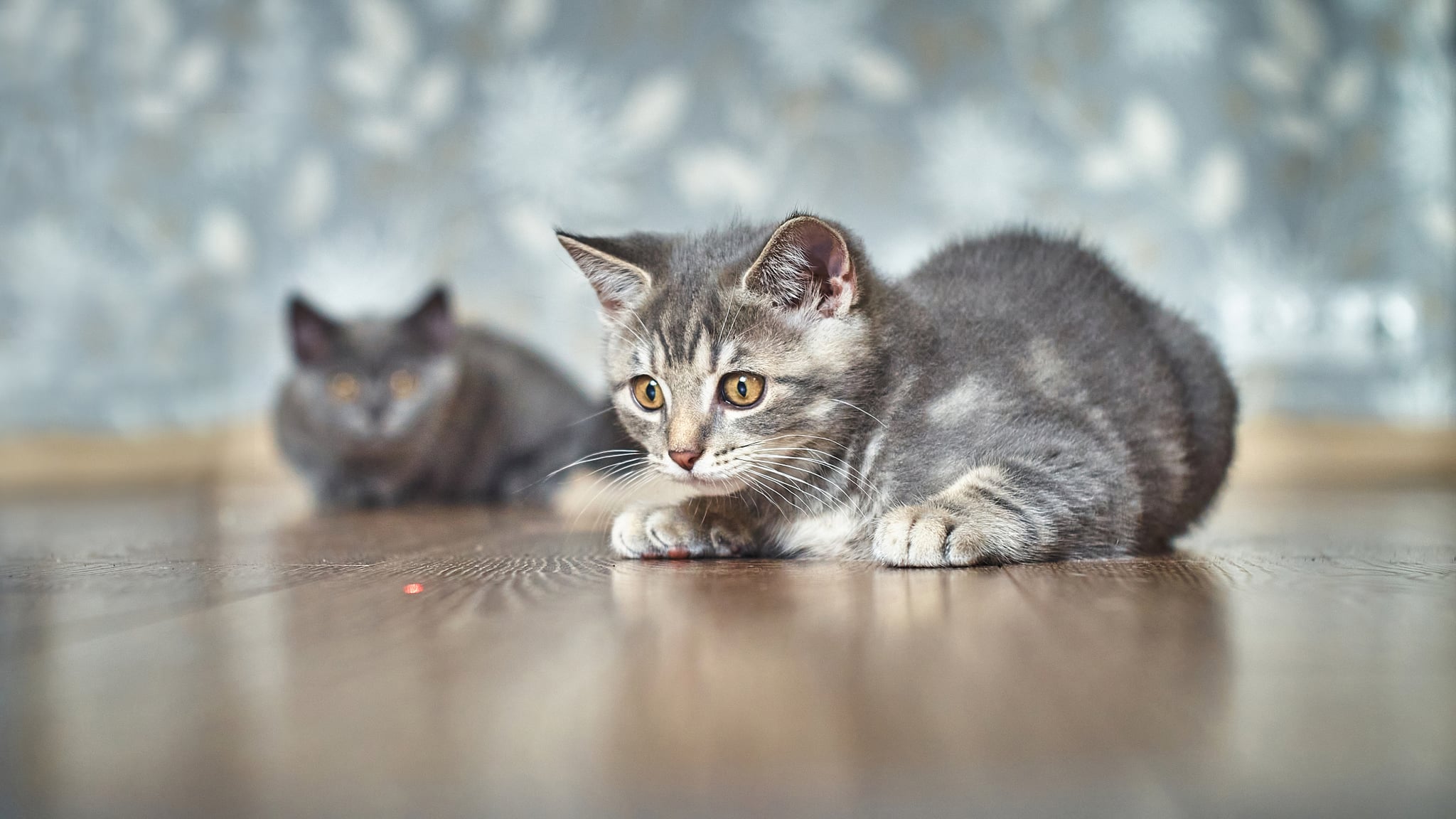 Chasing each other after having some catnip, rolling around with crinkle balls, curling up for a catnap with their Disney-themed stuffed animals — my two cats, Tiny and Alfredo, love spending the day doing all of their favorite activities. But there is nothing that gets them more excited than a laser pointer.

My two cats are so obsessed with their laser pointer toy that if they even just hear me take it out of the drawer they will wake up from a deep sleep and come running. The love they have for this $6 toy, that was picked up hastily at a corner pet store, eclipses the love they have for all their catnip, crinkle balls, and stuffed animals combined. But what makes them love it so much? To help learn more about why cats are obsessed with laser pointer toys, POPSUGAR connected with two experts who had some eye-opening insight on the topic.

Related:
Everything You Need to Know About Why Your Cat Scratches Mirrors, Straight From Vets

One of the reasons cats love their laser pointer toys is because they are natural-born hunters and they view the laser as their prey, Michelle Lugones, DVM, veterinarian at Best Friends Animal Society, explained. "Most cats enjoy playing with laser pointers because the light can move in erratic, unpredictable ways, which mimics how their prey move," Dr. Lugones told POPSUGAR. "Cats can chase, stalk, and ambush the light, which gives them exercise but also allows them to carry out their natural hunting behaviors."

Matthew McCarthy, DVM, founder of Juniper Valley Animal Hospital in Middle Village, NY, added that cats can be described as "hardwired predators," and noted that this behavior is still found in our feline friends even though they are domesticated and have plenty of food available to them. "This is facilitated by their unique vision that is adapted to respond and track fast movements such as a mouse or other small fast-moving prey," Dr. McCarthy told POPSUGAR. He also shared that owners may have seen this "mechanism at work" if their cat tends to respond to shorter, more erratic laser pointer movements as opposed to longer, slower movements when they are playing with their owners.

However, perhaps surprisingly, it is not the redness of the light from the laser pointer that draws cats in. Dr. McCarthy shared an interesting fact that may surprise cat owners who use laser pointers to play with their pets — cats cannot see the color red, and actually only view the world in blue, green, and combinations of these two colors. "So it is likely that the sharp contrast of the light itself is what draws them to the pointer beam," he said.