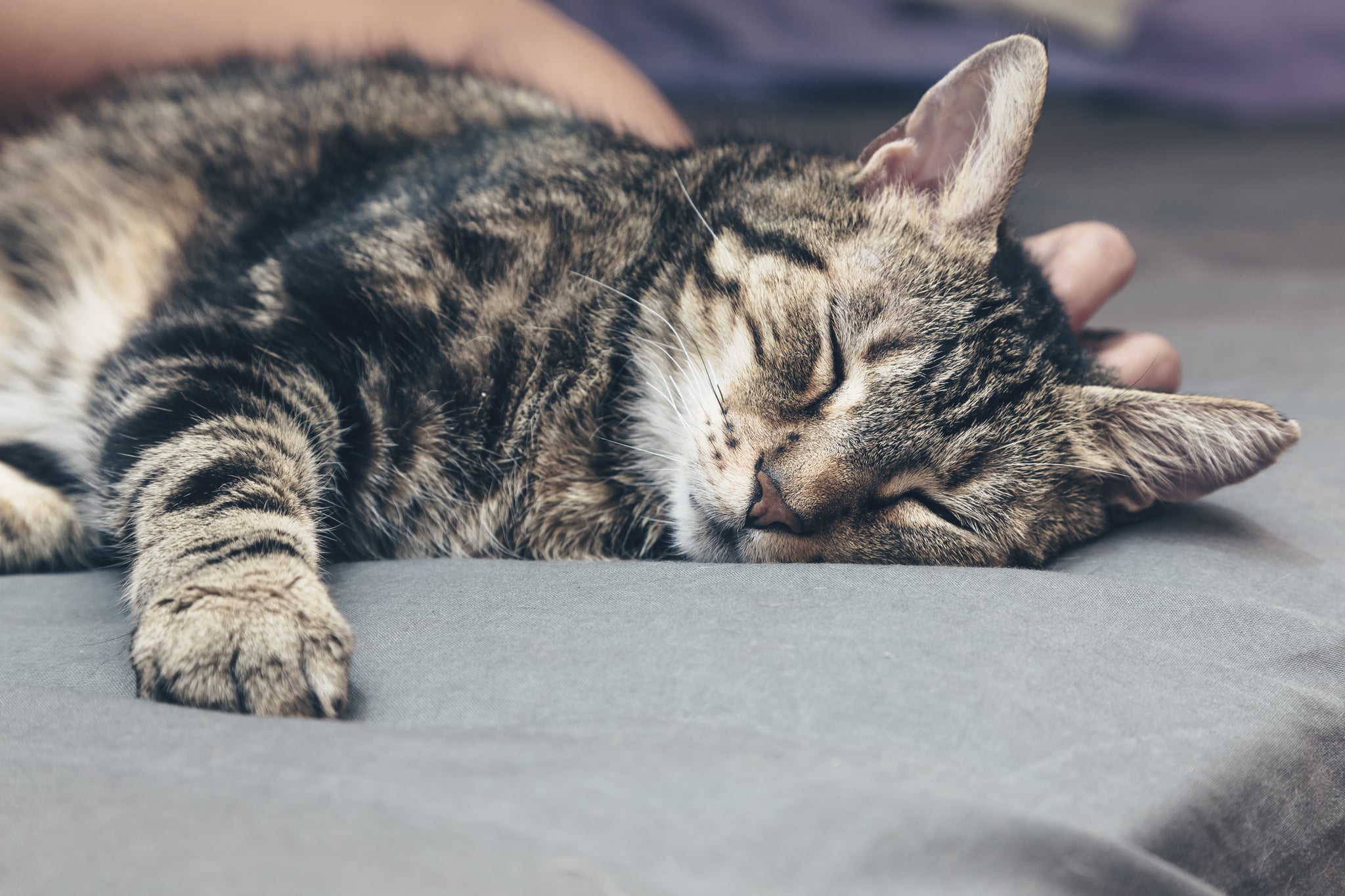 While it seems like it's super common to hear about dogs drooling, believe it or not, cats drool, too, it's just less obvious and generally not as often. Cats sometimes drool when they're being held or pet, largely because they're so happy you're giving them attention! Don't sweat it, though, if your cat doesn't drool, because not all of them do. If you've noticed your cat drooling in other situations, though, it could very well just be a normal reaction. We spoke with two vets to get their take on why cats drool when you pet them and if drooling is ever a problem.

Related:
Exactly Why Catnip Makes Your Cat High, According to 2 Experts

Why Do Cats Drool?

"If a cat is drooling when you're either holding them, petting them, or cuddling them, that likely means they're relaxed and enjoying your company," says Gerardo Perez-Camargo, DVM, VP of research and development at Freshpet. "That is a normal response and in fact, not a totally uncommon one either." Cats, despite what some people may think, are largely affectionate creatures, and sometimes the way they display their happiness with affection is simply by drooling. "Our feline friends can also drool when sleeping," adds Jessica Herman, DVM, at Fuzzy Pet Health. "Drooling in these aforementioned scenarios is normal behavior and not concerning."

Not all cats will drool, though, while you pet them. Maybe yours just purrs, and that's fine too. It's not necessarily a bad thing if your cat isn't drooling, and it doesn't mean they love you less if they don't drool over you. Every cat is just different.

Is It Ever a Concern When Cats Drool?

A drooling cat can be a sign of a problem, though, and it's something you should watch out for if it's happening when your cat isn't clearly happy or if it happens excessively. Drooling can be a larger sign of increased stress or illness. "If your cat is excessively drooling and they have crossed paths with a neighboring pet that they don't like, it can be a result of fear and stress," Dr. Perez-Camargo noted.

Drooling can also be a sign of infection or illness. Dr. Herman told POPSUGAR, "Dental disease, inflammation of the gums, and oral tumors can cause drooling along with possible bad breath, blood around mouth, and possible inappetence." If you notice your cat is drooling a lot and has a changed behavior, it's time to call the vet. Any excess drool in general is cause to check in with the vet, because it could be a larger problem.

Dr. Perez-Camargo stressed to POPSUGAR how important it is to always be aware (to the best of your ability) of what your cat is getting into and how they're behaving. The more familiar you are with your cat, the easier it will be to spot an issue, such as excess drooling. While it may not necessarily be a mouth infection, it could be something like a toxic plant they ingested or even something they swallowed that's lodged in their belly.

Don't hesitate to check with your vet if your cat is ever doing anything out of the ordinary, including drooling too much. You're better off asking for a professional opinion than letting it go, in case it is a problem.