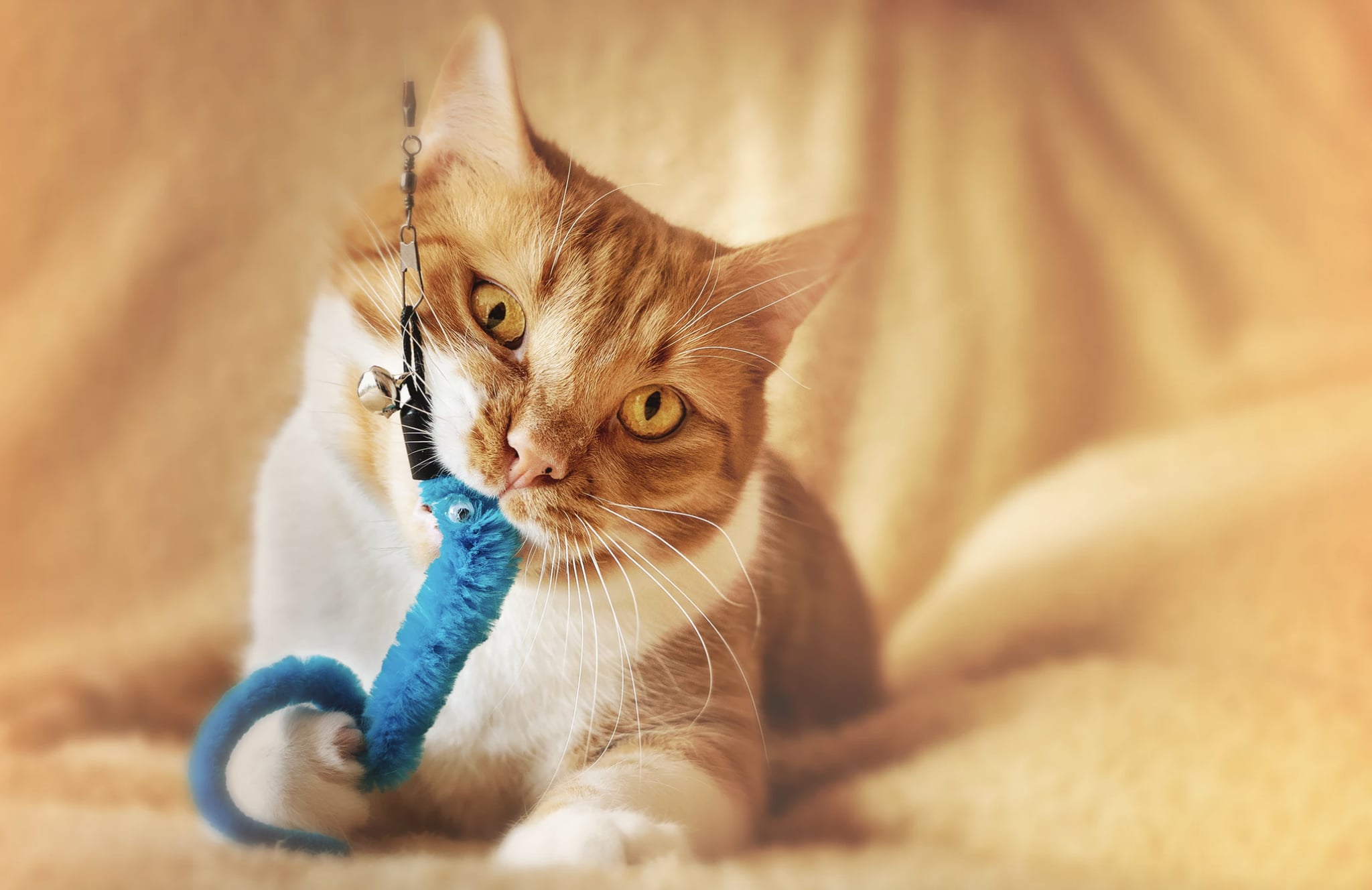 There are only two times a day when my cat transforms from a lazy, judgmental loaf of bread to a Hot Wheels racer burning track marks into our living room carpet: during her habitual 2 a.m. zoomies and whenever catnip enters her graces. She, like most cats, prefers only the finer things in life — ranging from cold tap water to a good cardboard box that's two sizes too small — and the dried green delicacy known as catnip is no exception.

Catnip drives her wild and seems to give a wonderful euphoric feeling, whether it is sprinkled around her or buried within an unsuspecting toy. But, why exactly does catnip have this effect on her? And how? To find out more about the most coveted plant in the feline world, I talked to two veterinarians who provided some important insight on what exactly catnip is, and how it affects my cat's body.

Known scientifically as Nepeta cataria, "catnip is a perennial herb that's actually part of the mint family," says Dr. Lisa Lippman, DVM. "The nickname 'catnip,'" she adds, "likely derives from the euphoric response it elicits in most cats."

Why and how does catnip make my cat high?

As Dr. Kristi Crow, DVM, explains, "the compound that is most notorious for making our cats 'high' is called Nepetalactone, which is found in the leaves and stems in catnip." She adds that "there are other compounds that add to this euphoric effect, but Nepetalactone plays the biggest role." Dr. Lippman seconded this, saying that "catnip targets the 'feel good' receptors in the feline brain."

Is catnip dangerous for my cat, and can they ingest it?

Both Dr. Crow and Dr. Lippman agree that catnip is not in dangerous for cats, in any way. "It is safe to ingest," says Dr. Lippman. "In fact, many cats will eat a bit as they roll around in the catnip." According to Lippman, ingested catnip actually has the opposite effect as sniffing it, as it calms the cat down. So you can set any worries out of your mind when it comes to your cat accidentally eating catnip. "Although we can see very euphoric effects on some cats, catnip is safe to our feline friends," assures Dr. Crow.

Is it possible to give a cat too much catnip?

"It's always possible to give too much of anything, so using catnip as directed by each specific product is recommended," advises Dr. Crow. While it is unlikely that a cat would overdose on catnip, "ingesting too much can cause gastrointestinal upset," Crow adds.

"Cats generally know their limits when it comes to catnip," says Dr. Lippman, "and since eating it doesn't produce the same euphoric effect as smelling it, they're unlikely to eat so much that they get sick."

What are some different ways to give my cat catnip?

According to both Dr. Lippman and Dr. Crow, there are a plethora of ways to give your cat catnip. "You can sprinkle it on the floor, you can stuff it into toys, and you can purchase toys that already have catnip," shares Dr. Lippman. But, be careful where you give your cat catnip, as they may make a mess and drool, "so you may want to avoid giving your cat catnip on the carpets or upholstery," she warns.

I just gave my cat catnip for the first time. What should I expect?

"The most common ways cats react to catnip include running, rolling, rubbing, flipping, playing, and eventually relaxing. This response typically lasts for 10 minutes," states Dr. Crow. Sometimes, however, a cat may not react or be interested in catnip.

"If your cat doesn't have the fun reaction you were hoping for, check to make sure the catnip isn't expired," suggests Dr. Lippman. "If it's not," she explains, "you simply may have one of the few felines who don't care for it."