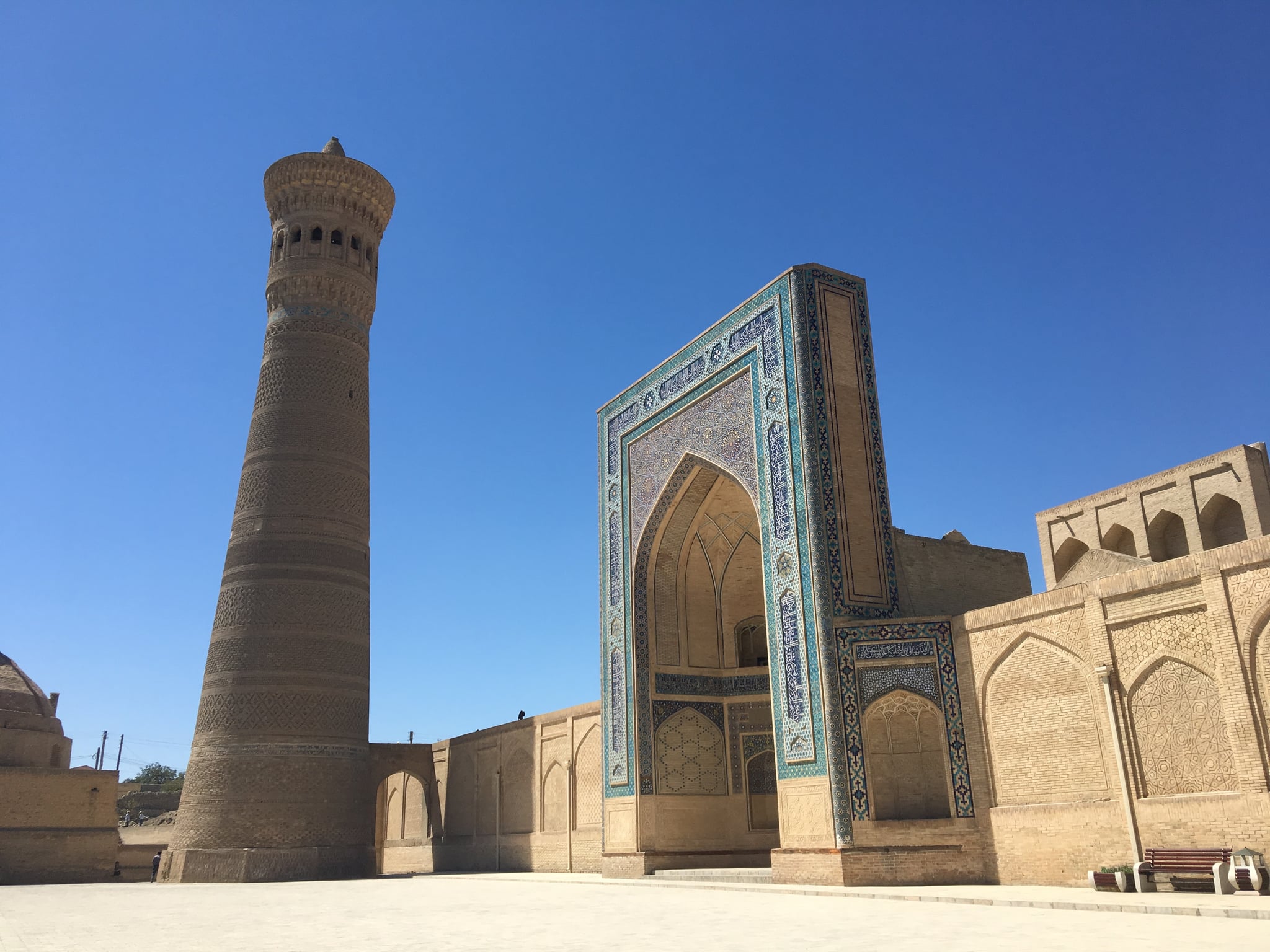 For many years, I have had an academic, professional, and personal focus on the post-Soviet political space, with a particular interest in the five Central Asian states, Kazakhstan, Kyrgyzstan, Turkmenistan, Tajikistan, and Uzbekistan. Central Asia is a region located to the south of Russia, west of China, north of Afghanistan, and east of the Caspian Sea. If you are prone to falling into Wikipedia rabbit holes and enjoy learning about obscure cultures and places like I am, Google cautiously, because I am here to tell you you'll get sucked in.

In May 2016, two weeks after walking across the stage to collect my college diploma, I was boarding a plane to Astana, Kazakhstan, to attend a two-month Russian and Eurasian studies program hosted by Nazarbayev University. In many ways, I decided to do this program because I knew I needed to get my foot in the door in Central Asia, and that's exactly what I did. I arrived in Kazakhstan not knowing a word of Russian, a language I was theoretically there to study at an intensive level, nor did I know a single soul or have any experience in this part of the world. After the conclusion of my program, equipped with a beginner's level of Russian, I set off for Kazakhstan's neighbor to the south, Kyrgyzstan. I did some traveling and had some amazing experiences, but eventually it was time to go home.

Related:
How I Built Body Confidence Through Traveling Alone

I returned to New York in late July, in many ways struggling to digest my recent experiences and faced with the reality of establishing my postcollege "adult" life. A year elapsed, during which I found employment, an internship where I first began to write about Central Asia, moved out, and then moved back home, attempted to join the foreign service, cultivated new relationships, and struggled through many months of uncertainty, confusion, and general anxiety due to not knowing what I should be doing with my life. I decided that the best way to shake off this funk and gain some perspective was to find a way to get back to Central Asia over the Summer, while I had less work responsibilities.

Against a different background and out of context, I learned some valuable lessons about myself.

On my second trip to this part of the world, I was determined to not let the wonders of Uzbekistan evade me. I had arranged for a month of Russian lessons and an internship at the American University of Central Asia in Bishkek, the sleepy but charming capital city of Kyrgyzstan. I booked a one-way ticket, optimistic that the weeks following the end of my classes and internship would lend themselves to a travel adventure of some sort. There were a million places I wanted to visit in those weeks, as I was in close proximity to places that were normally very, very far away when I was home in New York. But my heart was on Uzbekistan, which happens to be one of the more inaccessible countries in the region. Bogged down by the confusing intricacies of a corrupt and overly bureaucratic visa process, I had neglected to pay a visit to the Uzbek embassy located in NYC before departing (I swear it was on my to-do list . . .). I knew getting my visa wasn't going to be easy, but I reasoned with myself it would be easier to obtain when applying from the embassy in Bishkek as opposed to back in the USA. 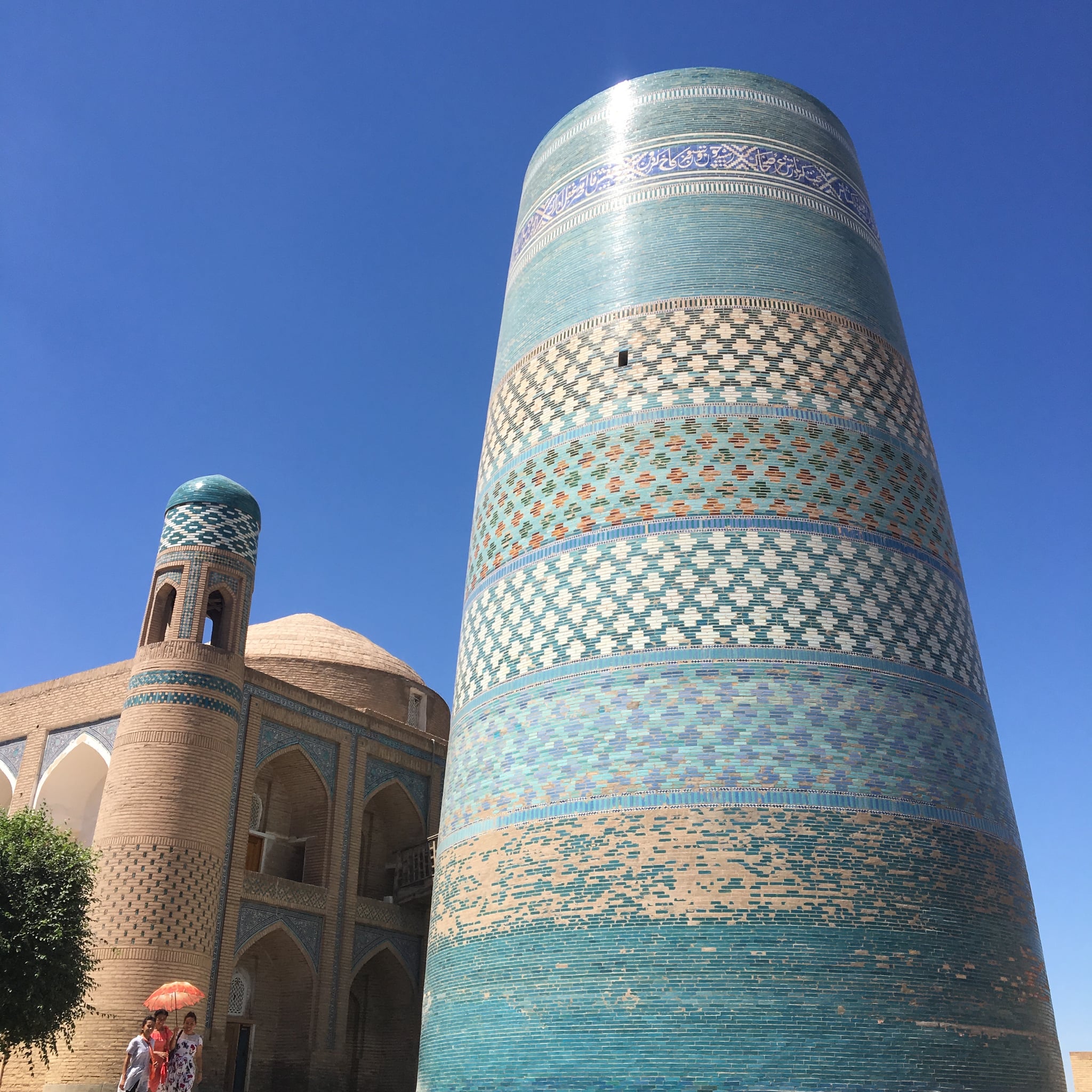 I will spare you the details, but after a few weeks of embassy visits, walks down the highway searching for a bank, hours waiting in a half-shaded courtyard in the Summer heat outside the visa office, urgent withdrawals of stacks of local currency, and many, many frustrating communication-related issues, I was the proud owner of a full-page visa from the Government of Uzbekistan granting me a one-month stay in its country. I worked out an itinerary, hitting four cities spread throughout the country, made some essential arrangements, and that was that.

I'll admit, I was nervous. I didn't know how this was going to play out, only that I was hoping for the best. To traverse a foreign country by myself, one where I knew I would stand out and be in the minority as a Western woman traveling alone who didn't effectively speak the language and was far removed from any comparable experiences I had had before, wasn't my first choice. I would have loved the security of a travel companion, maybe someone who could help me communicate, but at that point in time, it wasn't in the cards. I had a decision to make; was I going to put this dream on hold to wait for the right conditions or just do it? I decided this was my shot, and I was going to take it. 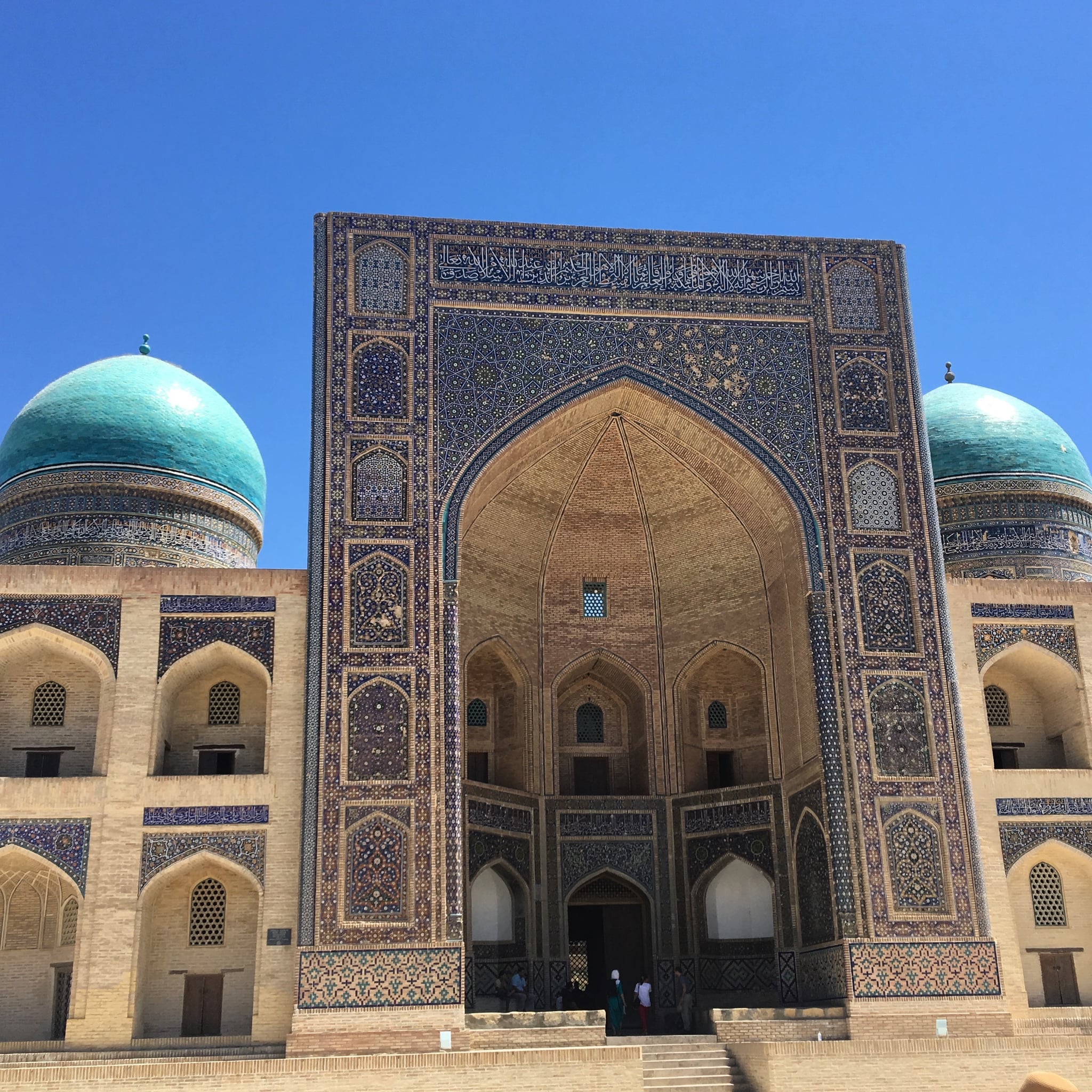 I planned to spend my time in four cities called Tashkent, Bukhara, Samarkand, and Khiva. I flew into Tashkent, the capital and largest city in Uzbekistan, and marveled at its size and impressive infrastructure. I buzzed along the underground in a well-working subway system that mimicked Moscow's world-famous metro system, visiting huge bazaars and taking long walks around neighborhoods that alternated between old and modern every few feet. A short flight took me to Urgench, the metropolitan hub for the ancient city of Khiva. Arriving at sunset, I strolled along the ancient walled city, Itchan Kala, which once was the epicenter of the Khanate of Khiva in the 17th century. I traveled by taxi to my next stop, Bukhara, a journey that took five hours through the Uzbek desert in a car with no air conditioning, making mental notes to avoid a similar passage next time around. Bukhara greeted me with open arms, a city said to have been inhabited since the 6th century BCE, the winding streets of its old city softly shrouded in late-afternoon light. I caught a high-speed train and was comfortably transported to Samarkand. My accommodations placed me within eyeshot of the Registan, a collection of three ornate, mosaic-adorned schools of Islamic study called madrasas, which formed the town square of ancient Samarkand.

It is possibly one of the grandest sights on this planet.

The stories I could tell about the kind and helpful people I met during this week could fill a book. From the jewelry seller who ended up taking me on an hour-long walking tour of Bukhara en route to the city's only ATM to the friend of a friend who arrived with her family to collect me at the airport when I first arrived in Uzbekistan to the countless hostel employees who helped me to arrange my many domestic trips utilizing different modes of transportation, the people of Uzbekistan proved to be some of the nicest I have ever met in my life. I was consistently humbled by these acts of kindness, more reassured every day that I had made the right decision.

Oftentimes, people tell me that I'm brave or ask me if I'm crazy, and the answer is probably both. I don't know what it is or why I have it, but there is something deep inside of me that pushes me to seek more, take risks, and do the things I am drawn to on a subconscious level. I am not afraid. I place a lot of faith, some of it blind, in the good of the world and the human connections we inherently have regardless of creed or color. I learn more about myself in these relatively short time frames than I have in many years of time spent on this earth. Against a different background and out of context, I learned some valuable lessons about myself. I can absolutely do anything I set my mind to. I am not alone in this reality. I am any girl off the street; there is nothing specific about me that enables to have these experiences that differentiates me from anyone else. We are all brave, fearless, resilient, adventurous, and capable.

In my second-to-last city in Uzbekistan, I was checking into a lovely family-owned hostel. The man who was checking me in asked if I was traveling alone. I said yes, and he responded with slight shock that I was a "strong woman" for doing this. I was accustomed to these types of questions, as it was rare for a woman to be traveling alone in these parts. I immediately fired back a self-deprecating response to deflect from the compliment I had received, something I think as women we are conditioned to do. But as I lay in my bed that night and mulled over the day, I reflected on that exchange. Yes, I am a strong woman, and this strong woman is here to stay. 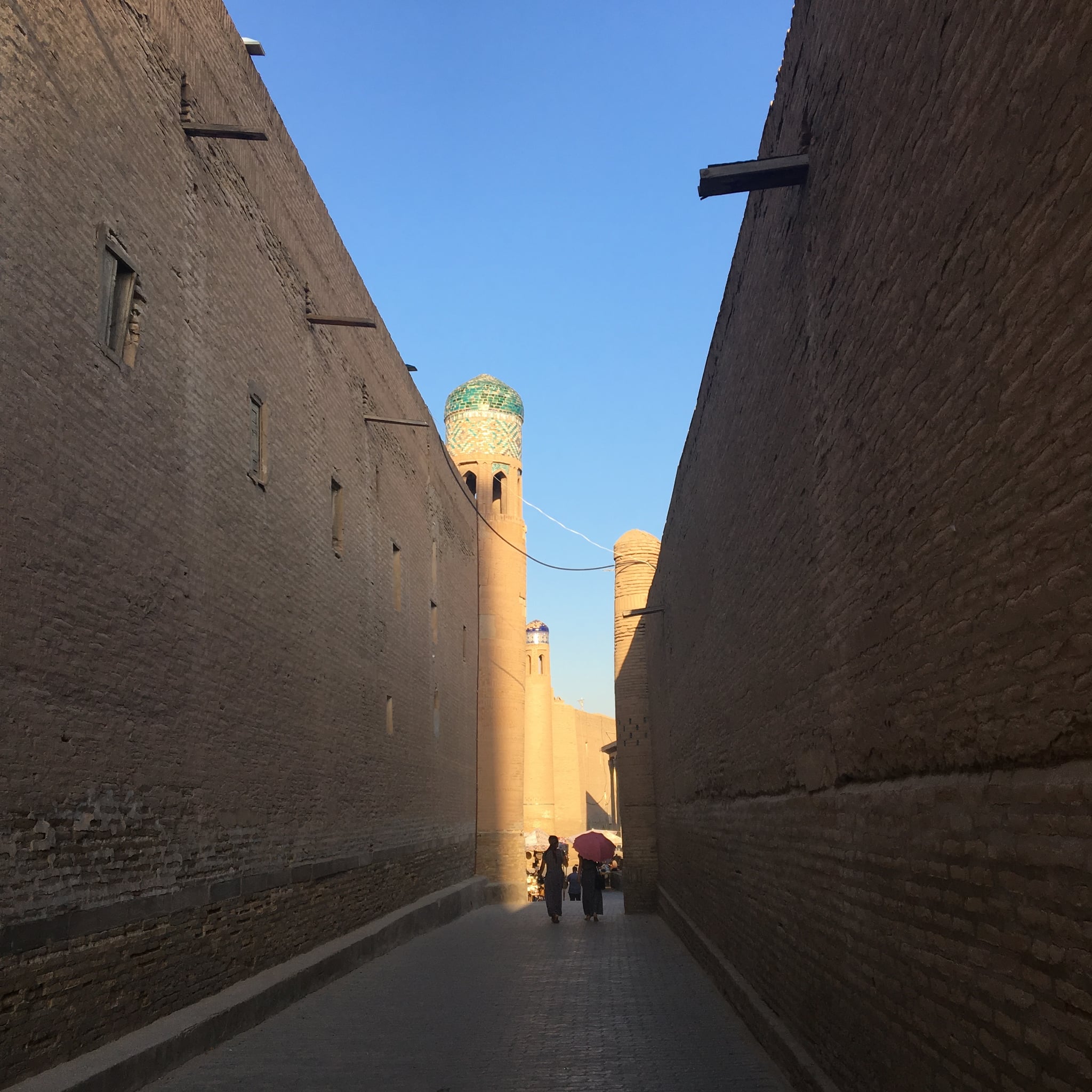 Personal Essay
I Met With Vice President Harris, and She Promised to Protect My Undocumented Family
by Susie Lujano 1 week ago