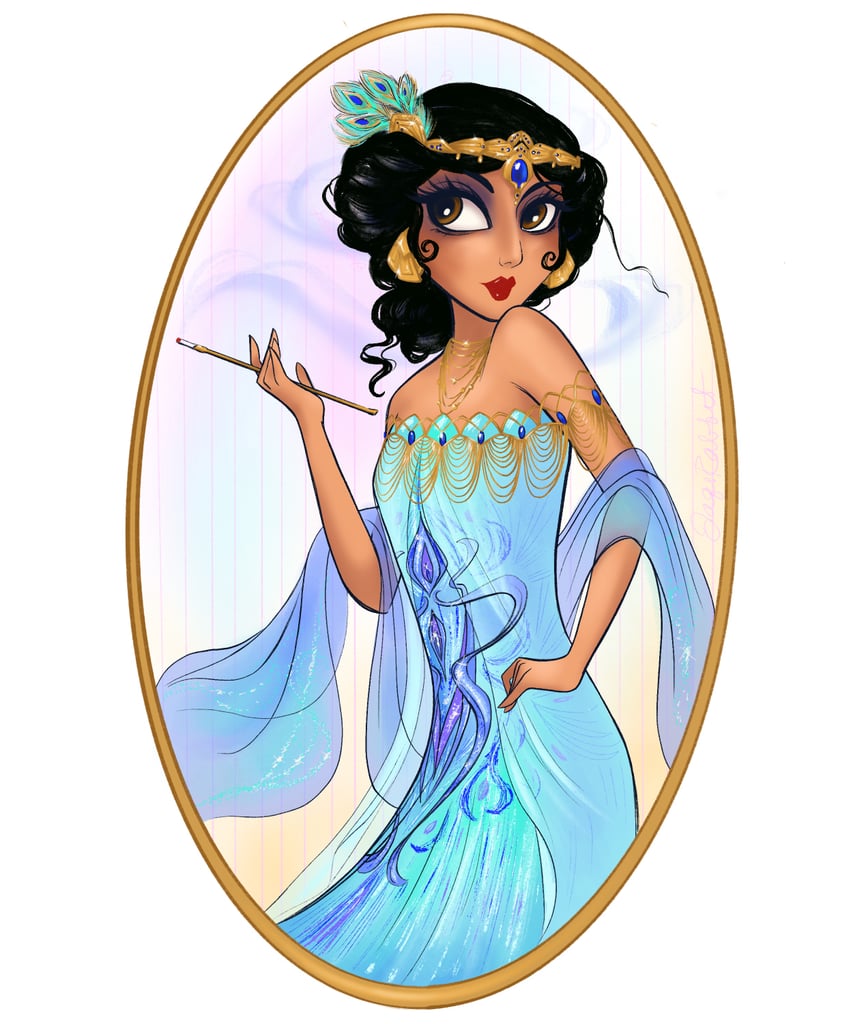 An illustrator's glamorous artwork is placing the Disney princesses in the time of the Roaring '20s. At the start of the year, Jacquelynn Harris started to roll out her Jazz Age-inspired illustrations with one depicting Snow White. She's since gone on to digitally draw Cinderella, Mulan, both Frozen sisters, and more.

Though several princesses in the series are shown wearing flapper dresses and other fashion trends typically associated with the decade, Jacquelynn also wanted to incorporate some unexpected silhouettes, like ones seen in Downton Abbey. "With this series, I didn't want to limit myself to just designing flapper dresses of all the girls," she wrote on Instagram. "I feel like that's been done before and I wanted to push the designs to still tell their story." It's what Walt Disney himself would have wanted! See the glitzy artwork ahead.

Related:
This Artist Sorted Disney Princes and Princesses Into Hogwarts Houses, Robes and All!
Previous Next Start Slideshow
NostalgiaDisneyArtDisney Princesses