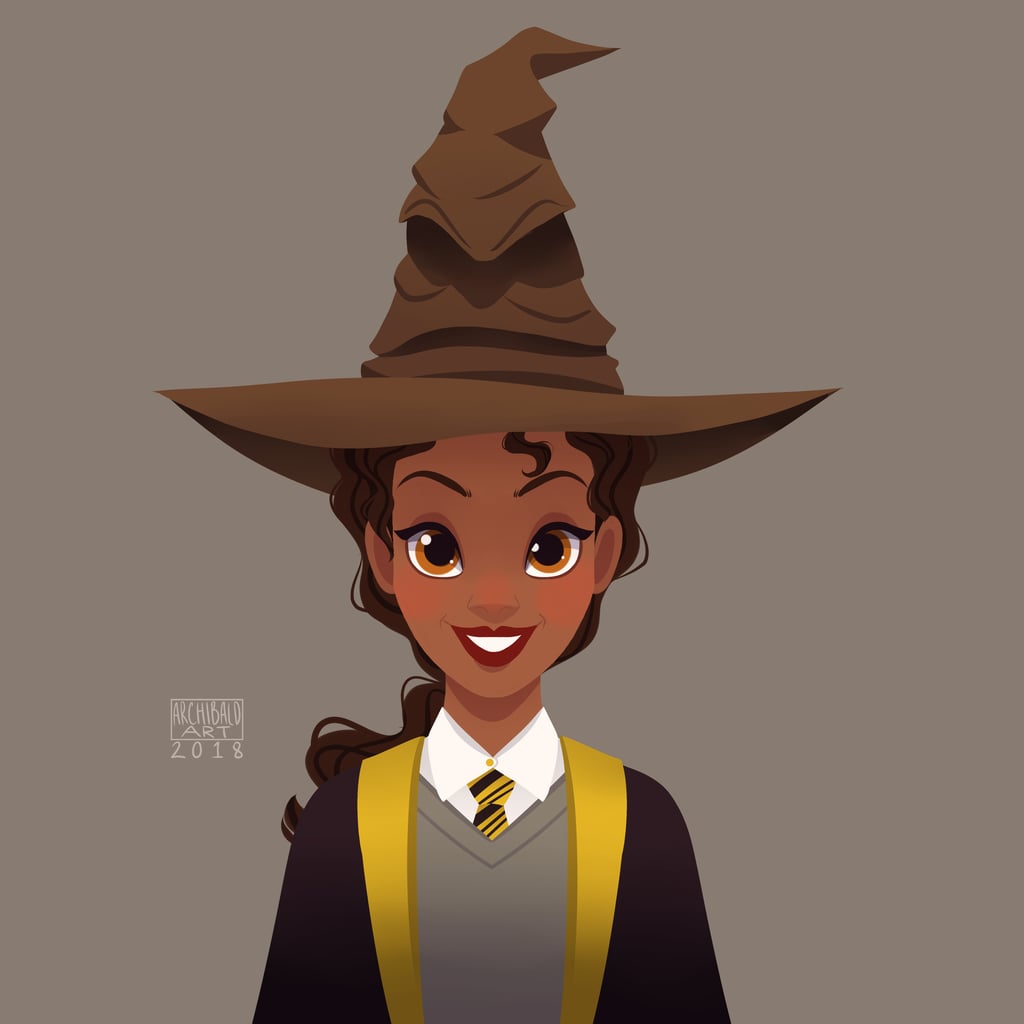 This Artist Sorted Disney Princes and Princesses Into Hogwarts Houses, Robes and All!

While I've spent hours upon hours of my life wondering what Hogwarts house I'd be sorted into, artist Greco Archibald — who is decidedly a Ravenclaw — tried his hand at playing the Sorting Hat to see what would happen if magic worlds collided between wizards and Disney princesses. Just like the ever-meticulous Harry Potter Sorting Hat, Greco made sure to put great thought behind where to sort the princes and princesses based on their personality traits, royal (or nonroyal) backgrounds, personal histories, and more.

"Not everyone should be in Gryffindor and not all Slytherins are bad people."

"In deciding which character should be in [which] house, I wanted to divide them evenly," Greco told POPSUGAR via email. "Not everyone should be in Gryffindor and not all Slytherins are bad people. So in light of Slytherin [being] the house of prominent wizard and witch families, I decided the princesses Aurora, Jasmine, Kida, and Elsa will be there [because] they are the heirs to the throne . . . For the rest of the houses, I had to think back on the totality of their story and what characteristic they exude that is fitting to a certain House, whether they are kind and hardworking, smart, clever and artistic, [or] brave and adventure-driven."

Greco went on to explain that he sorted all royal-born princes into the Durmstrang Institute, which is primarily an all-boys school in the Harry Potter movies, but is revealed to have some girl students in the books. He also sorted non-Disney princesses like Odette from The Swan Princess and Anastasia from the 1997 animated film of the same name into Beauxbatons, the French equivalent of Hogwarts that is shown to primarily be made up of girl students in the films.

"My personal favorite that I did is Tadashi Hamada," Greco said, referring to the Big Hero 6 character. "If you can see, each character has its own backstory that marries their Disney story and puts a twist on the wizarding world lore. I really wanted to incorporate his 'death' into his backstory [so] I made it somewhat similar to Cedric's and Peter Pettigrew's story."

Greco, who is from Iligan in the Philippines, typically uses Paint Tool SAI, Photoshop, and the iPad's Procreate illustration tool to create his stunning artwork, and we can't wait to see more. Keep scrolling to see what houses your favorite Disney characters were sorted into, and check out Greco's art Instagram @archibald.art to see even more of his gorgeous artwork.

Decor Shopping
A Vintage Barbie Wallpaper Collection For Adults Is Here, and It's So Beautiful
by Haley Lyndes 1 day ago

Nostalgia
The Serpent: How to Steal Monique's Sultry and Bohemian '70s Style
by Kara Kia 2 days ago