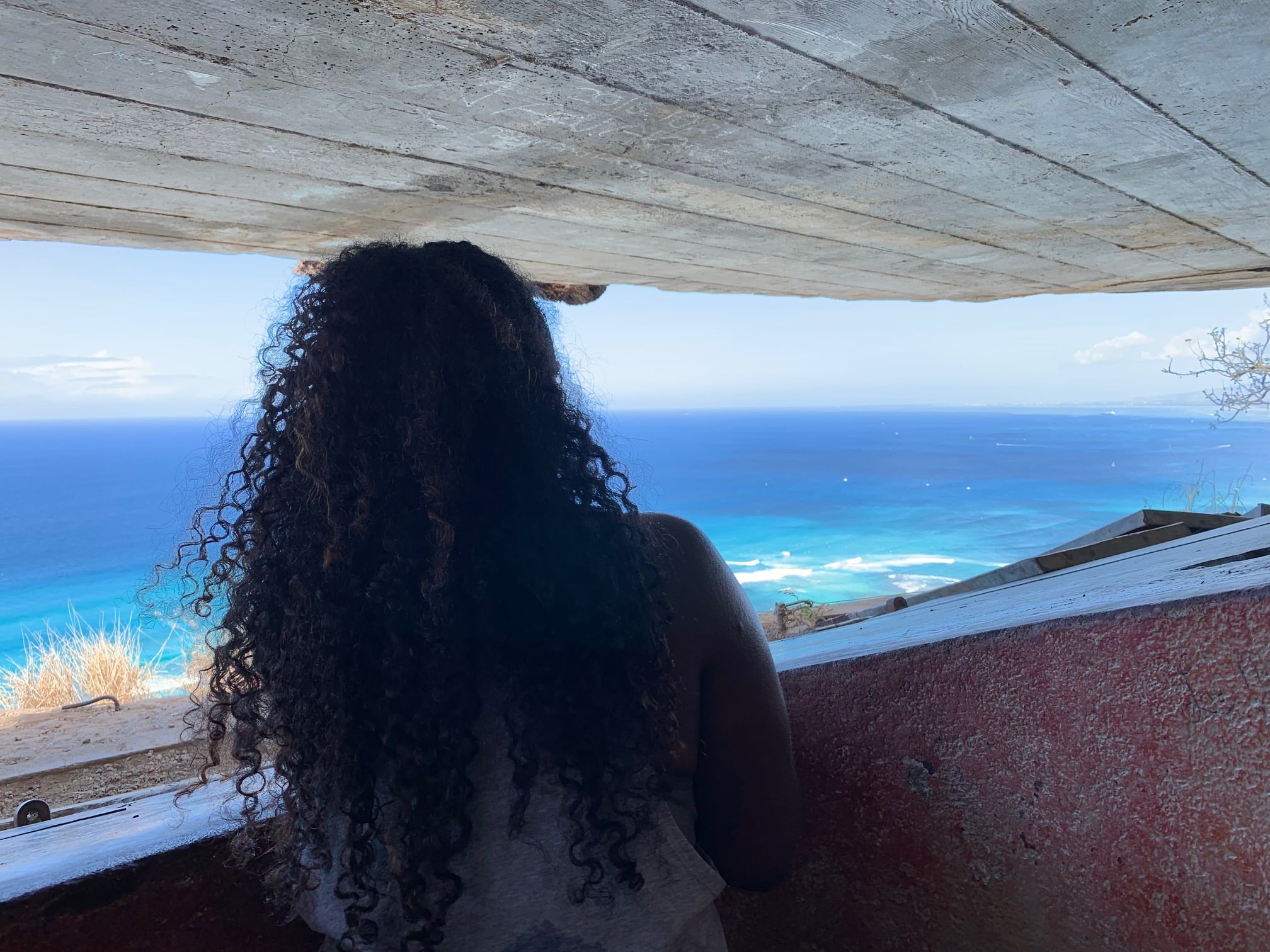 May 2019. I will never forget the day my attorney called me and said, "It's over now. You can move on." I immediately fell to my knees on the gym floor. I cried. What seemed like a daunting two-year battle ended in three months of negotiation.

I was sexually harassed and bullied in the workplace.

But this was just one of many things I was battling at the time. It wasn't until I decided to embark on my own healing journey that I felt the universe finally align. I wanted to taste freedom and live it. I had given up so much already — a toxic mother and a career. I lost the relationship with the man I loved; it was so strained between distance, his issues, and now my problems. Walking away from what I was raised to know as success was unthinkable. Could I just walk away? Yes. And I did. I broke my lease on my one-bedroom apartment, sold all my furniture, and donated my home goods to a friend's family. And it was this same family that invited me into their home so that I could begin to heal. I never knew so much love under one roof being that I was born into a toxic family, and the change felt foreign and wonderful.

So much had happened. So much still needed to happen.

What was supposed to be two weeks in one country turned into 37 days across five countries in 18 cities . . . all by myself. It was the best decision I ever made.

In addition to leaving my toxic work environment and finally surrounding myself with healthy people, I also continued my therapy sessions, where I was introduced to things like journaling, mindfulness, affirmations, mantras, and meditation. While all of those things helped, my spirit was still craving more. That's when I remembered hearing about reiki. Still curious about what it entailed and if it could help me, I found a reiki healer in my area and booked my first session. After one hour of the healer laying their hands above and around my body, I was told I was full of toxicity and, as an empath, I was absorbing energy from others. I learned that people are attracted to me because my type of energy is healing for them, but my energy was misaligned and my chakras were on fire. The session ended with the healer realigning my energy and clearing out the negativity.

I left feeling lighter than I had in months and began sitting with these comforting insights I now felt I had clarity on:

My family is from the Caribbean, and the journey I was beginning in order to heal encompassed travel after a girlfriend of mine gifted me with an airline buddy pass to take time for myself. I booked a ticket to Honolulu, Hawaii. This was my second time traveling solo and my very first time staying in a hostel.

Everything about Hawaii fed my soul, from the hot sun to the aqua-colored water. But the best part? Human connection. Seriously . . . can I just say that hostels are life? I enjoyed meeting new people from all parts of the world and hearing their stories and experiences. I met people from Australia, Netherlands, Singapore, Canada, and Germany. It was then that I fell in love with solo travel. 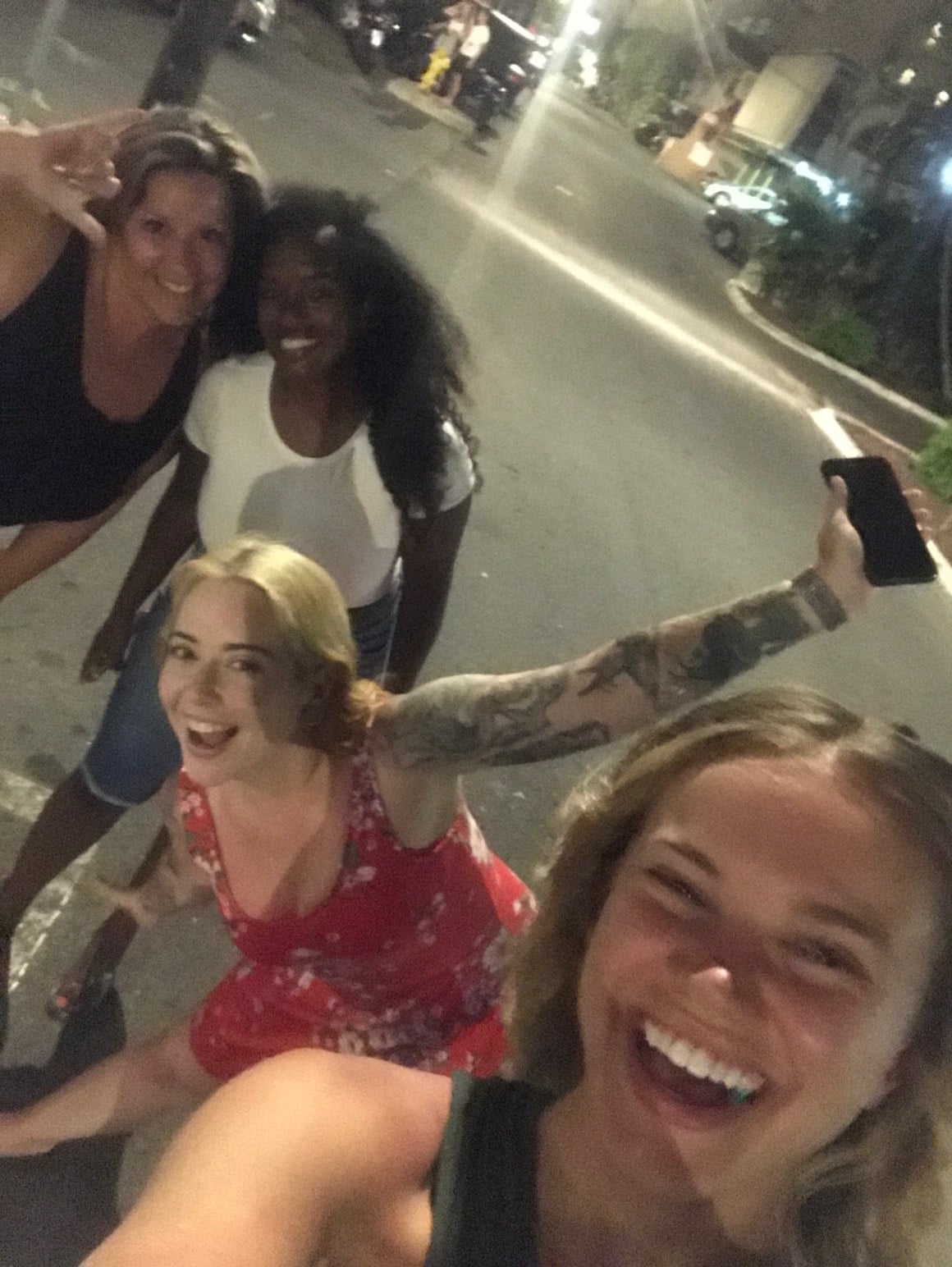 Shortly after Hawaii, I anxiously wanted to book another trip, so I set a goal of going to Portugal. I did my research, set a budget, and booked my flight. What was supposed to be two weeks in one country turned into 37 days across five countries in 18 cities . . . all by myself.

It was the best decision I ever made. 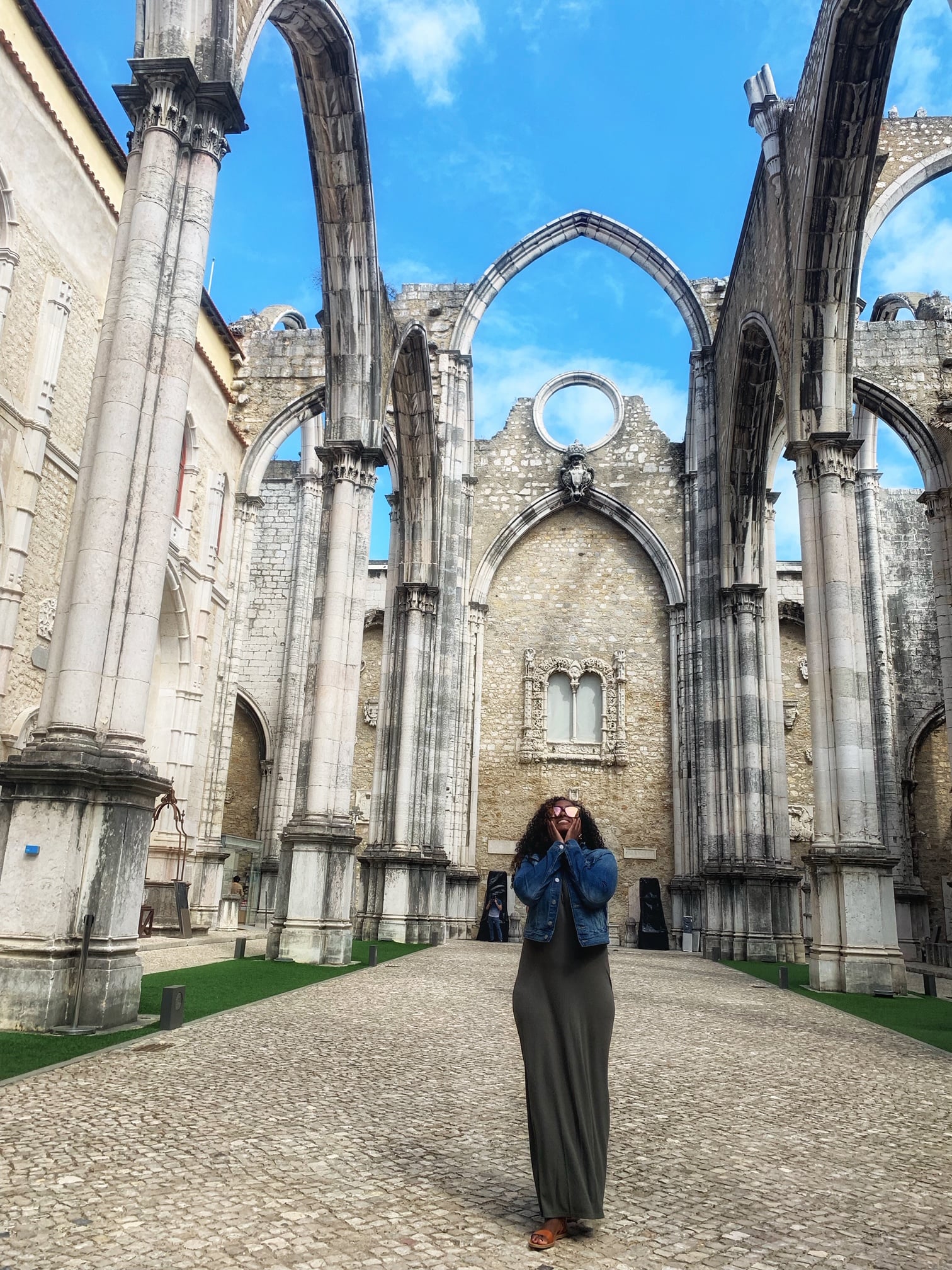 I traveled to England, Portugal, Spain, France, and Italy, but it wasn't until I arrived in Seville, Spain that I experienced a moment of true gratitude. The second morning in Seville I woke up in tears feeling grateful for my journey, reflecting on where I was a year ago, and where I was at that moment. I had overcome a situation that left me emotionally, mentally, and spiritually broken. In some ways, I'm thankful the sexual harassment happened, because otherwise I would have never faced my truth. But I also know it absolutely shouldn't have happened. I was just at peace with how I made it through.

I met so many women from across the world who shared a similar story to mine. Whether it was quitting their job, needing a mental health break, or recovering from a bad break up, we all connected through our pain. How beautiful is that? We as women, regardless of color, have the power to heal each other. 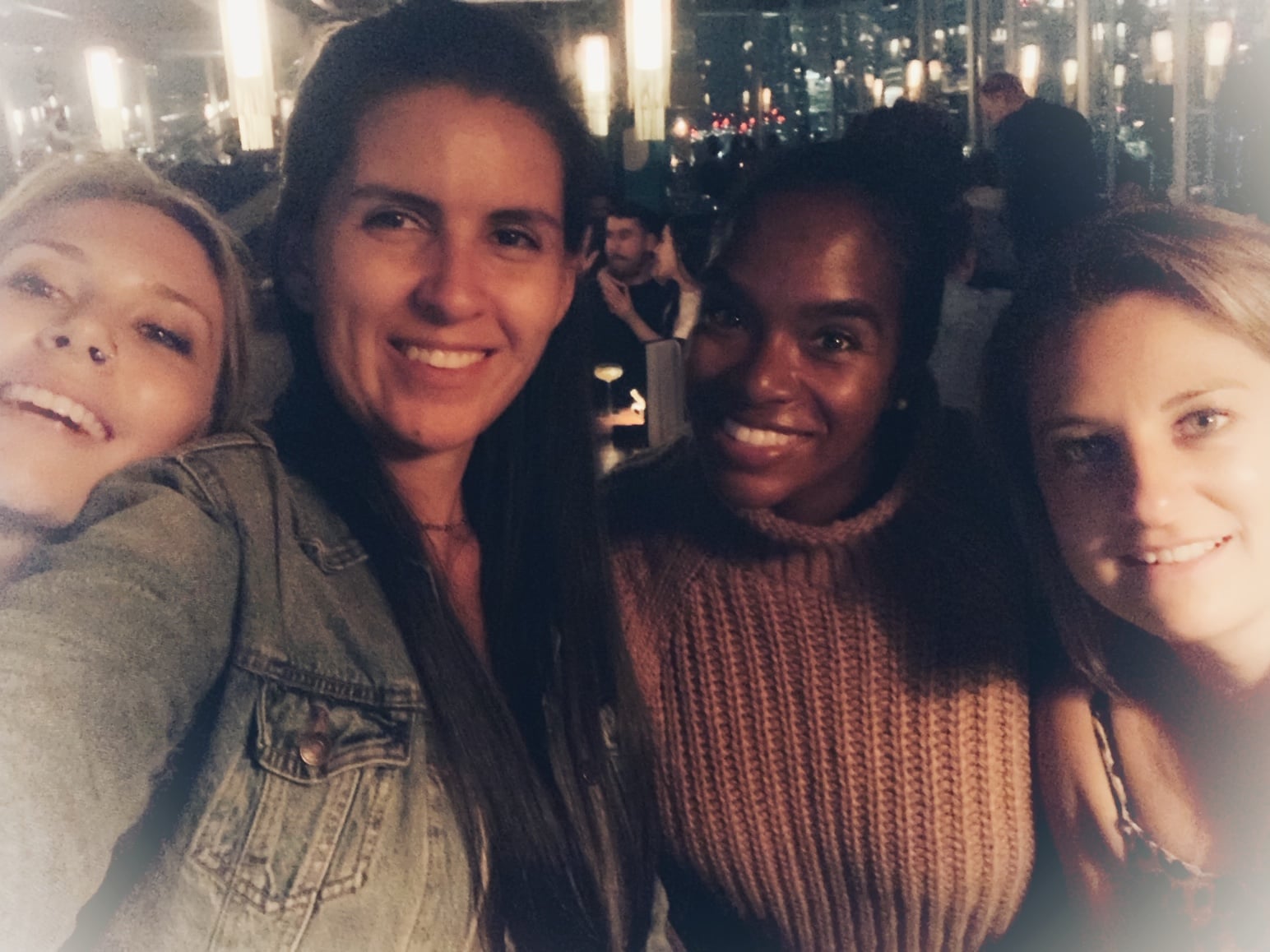 After returning from Europe, I planned my birthday trip. I settled on Puerto Rico because, like I said, oceans and islands are my thing. The day before my flight, I scheduled a second reiki session and a reading with a medium. Both were magic. The reiki healer and the medium both reaffirmed my journey and that I wasn't going to drown because my grandmother is guiding me. They told me something that I already knew deep down: that no matter what I chose to do next in terms of a home, career, and finances, I will always be okay.

It was time to let my sun shine. 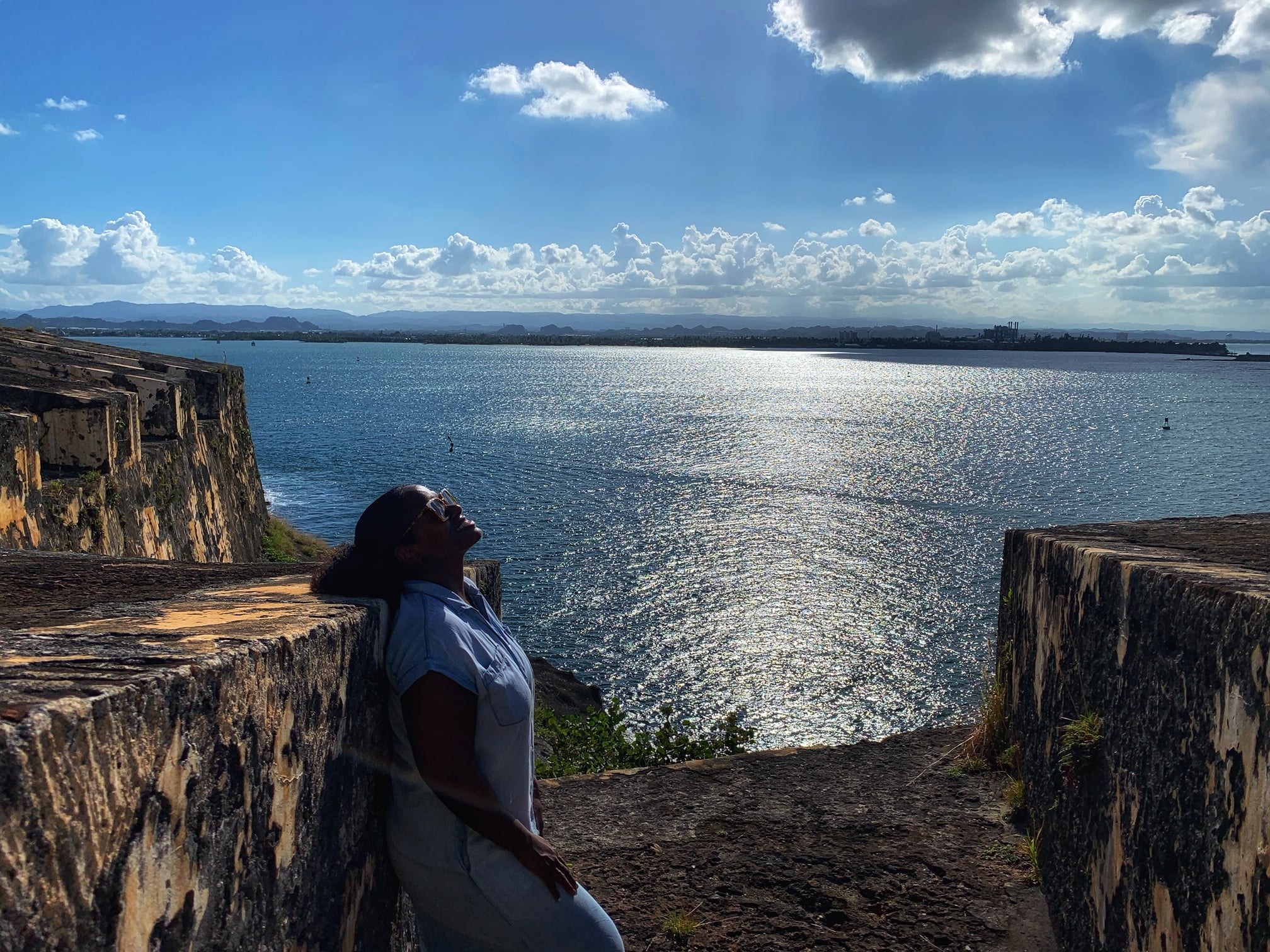 Fast forward to Puerto Rico. I regained my confidence and I was stepping into my authentic self — a true free spirit. I had so much to celebrate upon turning 35. I met other female solo travelers and since it was definitely Sagittarius season, we were 100 percent lit. It was amazing. 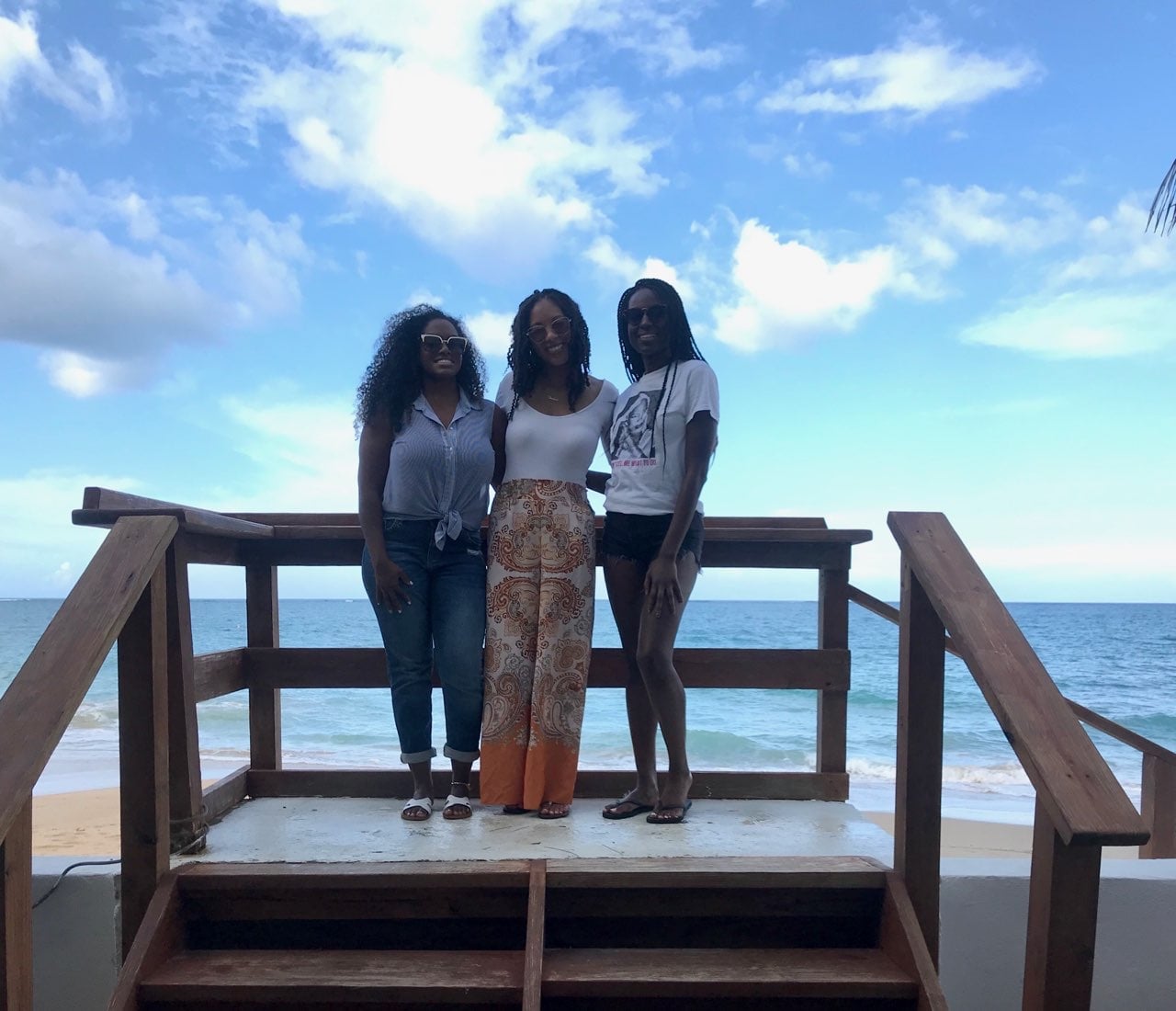 My journey, while unpredictable and ongoing, canceled out all my fears. I used to be risk-averse, now I am risk-tolerant. My journey taught me that taking time for myself isn't just important, it's the ultimate requirement to healing, finding happiness, and moving on. And I can't wait to finally get back to seeing the world. 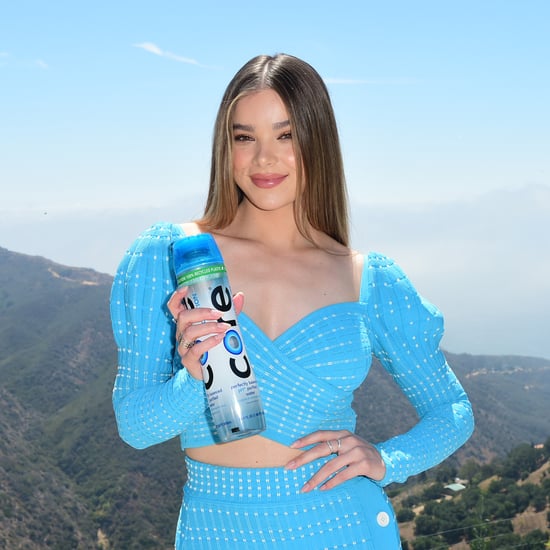 Product Reviews
I Spent Thanksgiving Without a Phone, Netflix, or Mirrors. It Was My Best Holiday Yet
by Melanie Whyte 4 days ago