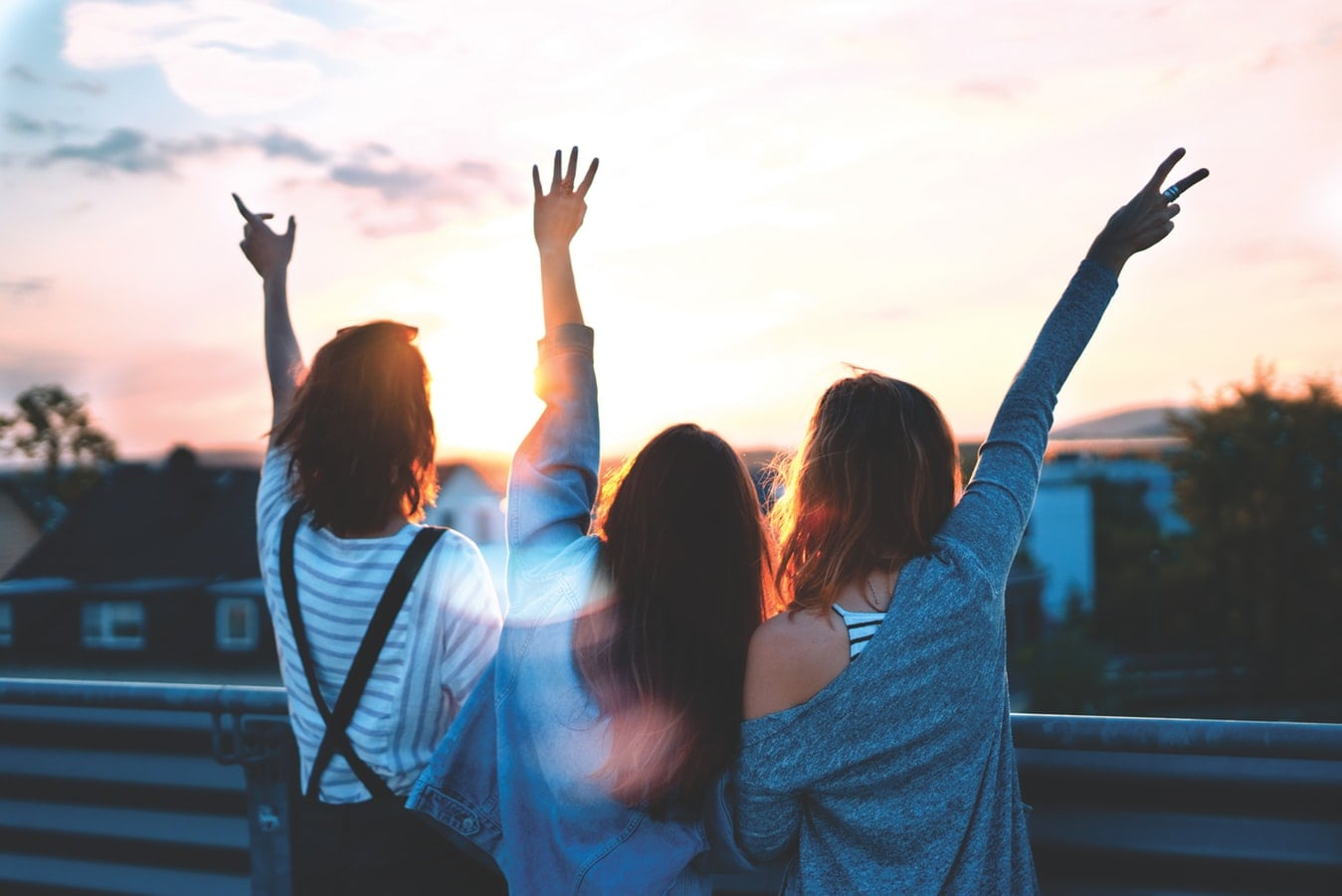 I truly believe that people come into our lives for a reason. Throughout high school and college, I met so many amazing people, but only a few became (and still remain) my close friends. And while I love being in big groups and socializing, I'm so grateful that I have my small group to turn to.

Each one of my friendships is so valuable, and I feel incredibly lucky to be able to give each one the attention it deserves.

I'll be the first to admit that I do sometimes struggle with comparing the types of friendships I have to ones I see on social media. With things like Instagram being such a huge part of our lives, it's only natural to feel pangs of jealousy while scrolling through your feed and seeing post after post of large friend groups having a Sunday Funday or weekend getaway. The group photos are packed with people, and the captions usually something like "best night ever!" And in my case, it doesn't help that my core group of friends mostly all live more than 2,000 miles away (Hi, guys! I miss you!).

Related:
6 Real Excuses to Talk About Sex With Your Friends More Often

But even despite this surface-level jealousy, I wouldn't change my friend group for the world. Each one of my friendships is so valuable, and I feel incredibly lucky to be able to give each one the attention it deserves. And there are so many perks to having just a few close friends! If I reach out for help, they'll drop what they're doing and be by my side no matter what. They've been there for the highest highs and the lowest lows, and I think that's special and very rare. We've been through breakups, family drama, sickness, death, career milestones, and more together, and we're still each other's ride or die. We know each other's weak spots but also aren't afraid to tell it how it is. Having just a few close friends means you really know each other, and you go far beyond surface-level acquaintances. They become your family.

This isn't to say that those who have a ton of friends don't have substantial friendships, but it's easier to get lost in the shuffle of a bigger group. You have to admit — it's extremely less stressful to plan a trip for four than 12, right? Having a few close friends absolutely rocks, and I love my little squad endlessly.