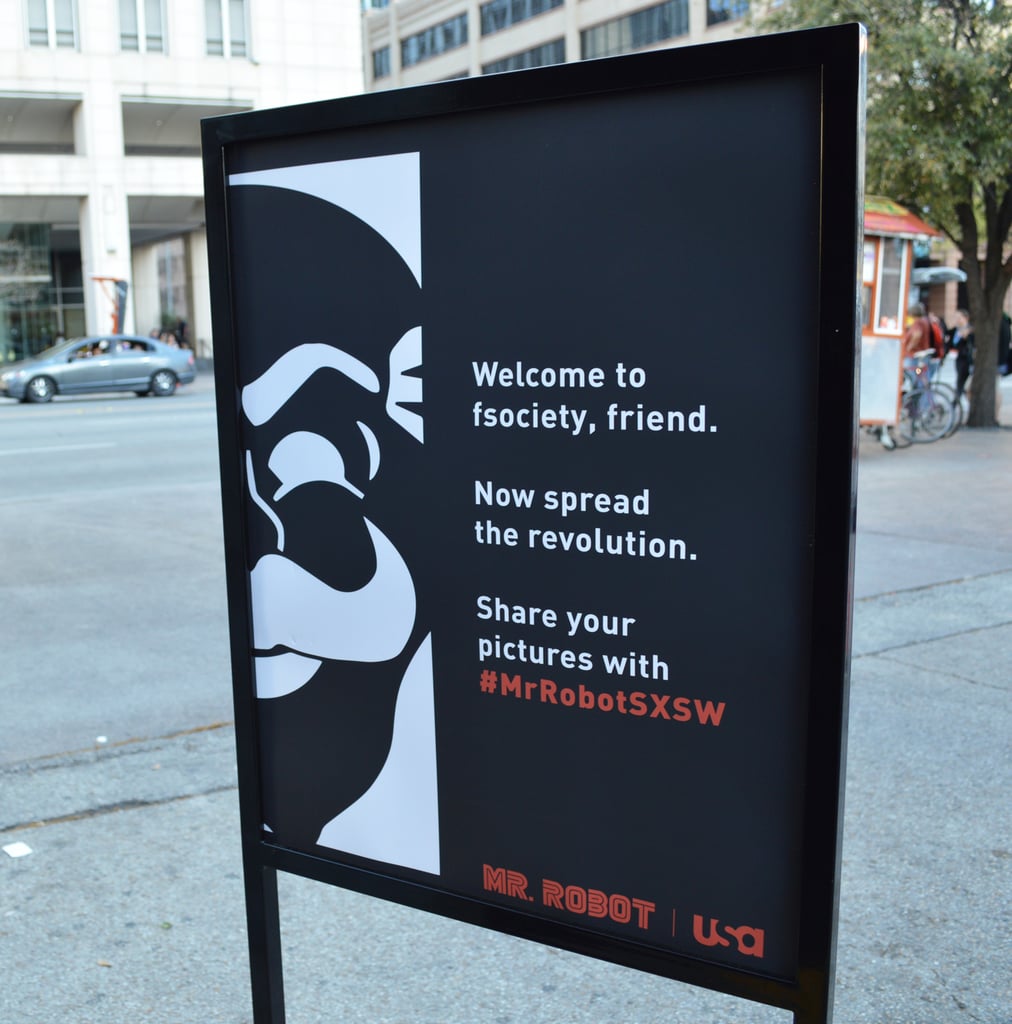 This Fan Experience Is Something Out of a Dystopian Nightmare

At this year's South by Southwest Festival, many of the panels focused on issues related to privacy around the Internet and our smartphones. One fan experience that brought that to life was the Mr. Robot installation.

The popular TV show centers on Elliot Alderson, a young computer programmer who by night is also part of a hacker group called fsociety. The show won two Golden Globes this year and is coming back for a second season that will focus on the fight between the local government and encryption, the show's creator revealed at a panel. Yes, we know — it's almost like TV shows are now predicting real-life scenarios.

At the festival in Austin, TX, the fan experience focused attention on how much privacy we're giving away to social media — through some fun giveaways and rides. Look ahead to see photos of the event. Fair warning, you might be compelled to watch Mr. Robot and question your own thoughts on privacy.