Tonight at 9 p.m. EST, President Barack Obama will deliver his annual State of the Union address, in which he plans to issue an executive order raising the minimum wage of federal contract workers to $10.10 per hour. If you're unable to make it to a television to catch the speech or to see who the First Lady has selected to sit with her during the event, there are plenty of ways to watch on your computer or mobile device. 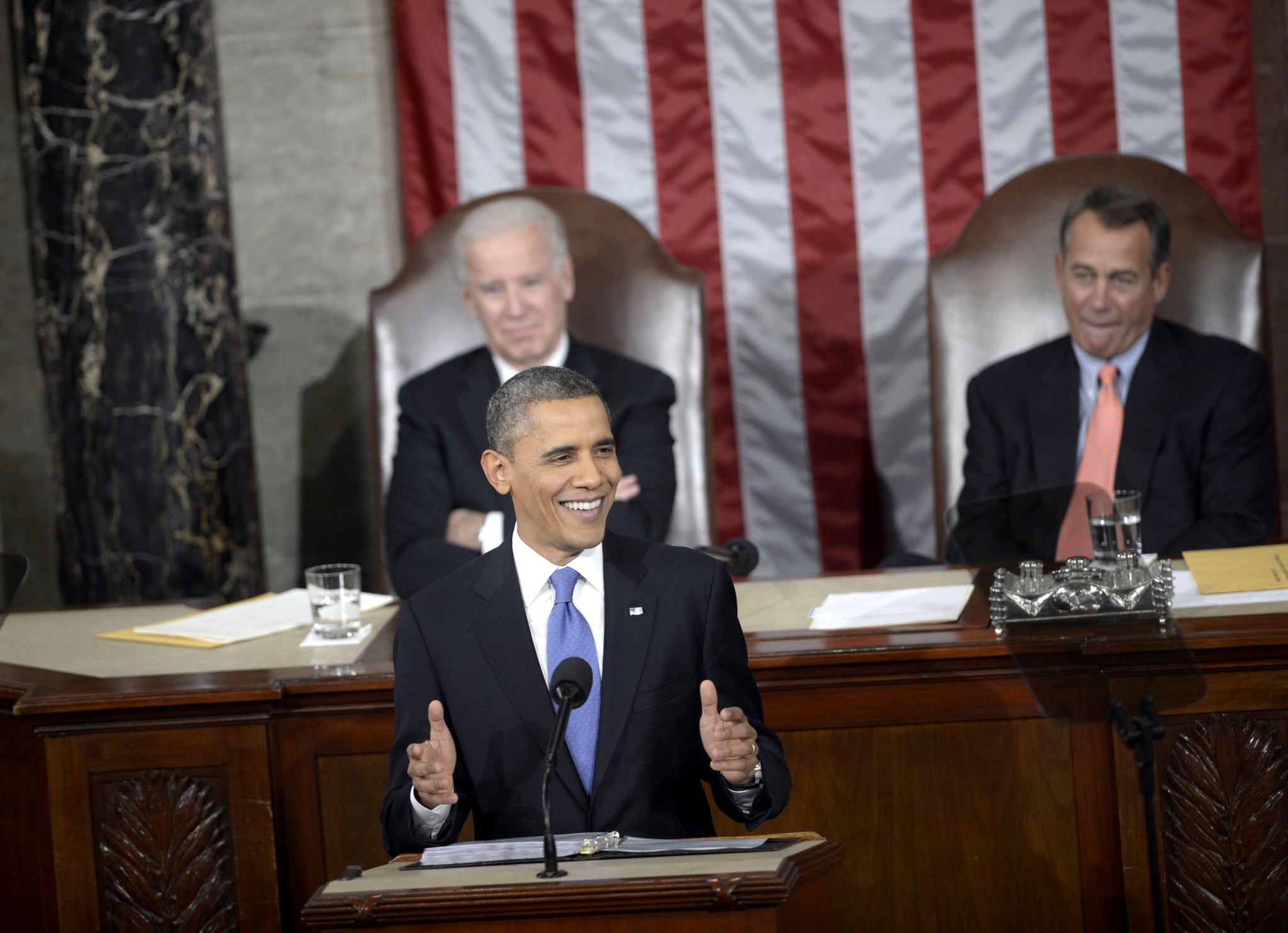 After the speech on Jan. 29, the White House will host the virtual "Big Block of Cheese Day", with administration officials logged in to social media all day long to answer Americans' pressing (or not-so-pressing) questions as submitted with the hashtag #AsktheWH. Log in to Twitter, Facebook, Tumblr, Instagram, and the day's Google+ Hangout to see what's on Americans' minds in 2014.

Digital LifeYouTubeNewsState Of The Union

Digital Life
TikTok Has a New Filter That Shapeshifts You Into a Movie Character, and You Need to See This
by Lauren Harano 1 day ago

Spotify
Spotify Has a New Device That Hooks Up to Your Car, and It's Free For a Limited Time
by Lauren Harano 19 hours ago

Justin Bieber
"Hold On" to Your Abs, Because This Justin Bieber Workout Is a Good One
by Samantha Brodsky 6 days ago

Spotify
It's Music to Our Ears! This Cool Website Shows You Your Top Songs in the Form of a Receipt
by Lauren Harano 1 week ago

Digital Life
Miss Going to Your Favorite Cafe? This Website Brings the Best Coffee-Shop Atmosphere to You
by Lauren Harano 1 week ago