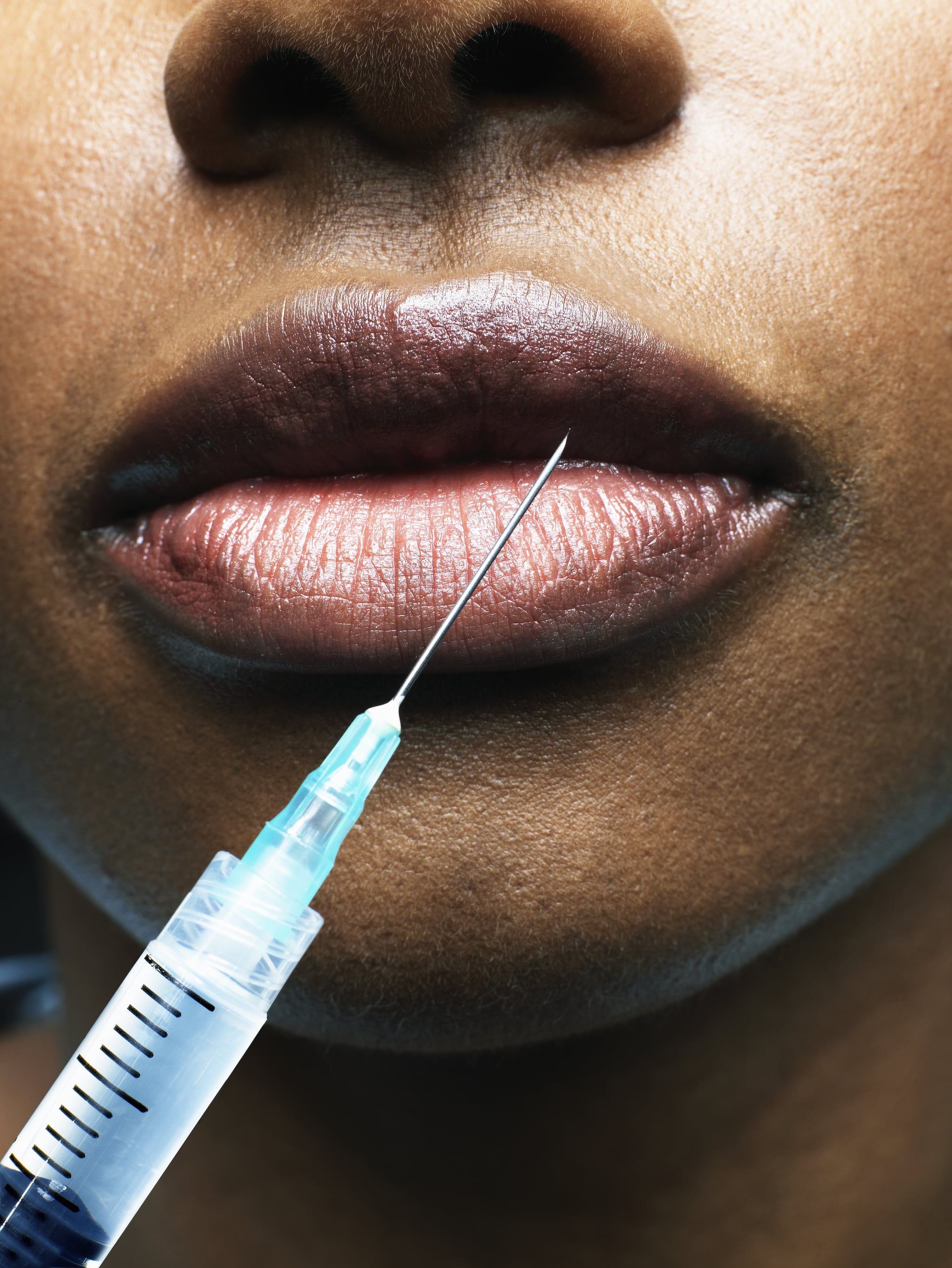 Botox in Hollywood is sort of like an all-black wardrobe in New York City: normal by way of sheer volume, and therefore completely unavoidable. Still, now more than ever, people across the country are seeking authenticity — in beauty ads, on social media, and on the big screen — which, for working actors, presents a dilemma. How can someone with a smooth (read: Botoxed) forehead also make their surprise-face or ugly-cry look believable on TV or a movie? Turns out, the answer all comes down to timing, puppeteered by the actor, a dermatologist, and the film crew.

"I have a couple of patients who are directors or producers that complain about working with somebody who, in a scene where they have to look surprised, can only make their eyeballs pop."

"The planning [of injections] has to be carefully coordinated, because they still have to make facial expressions," said dermatologist Francesca Fusco, MD, who wouldn't reveal the names of her clients but confirmed she works with a handful of A-list celebrities before filming. "I have a couple of patients who are directors or producers that complain about working with somebody who, in a scene where they have to look surprised, can only make their eyeballs pop. They usually refer that person to me, and I'll work with the actor and makeup artist for the film so we can plan Botox or filler around certain scenes."

By "plan," Dr. Fusco means exactly that: she works with the crew to go over the filming schedule ahead of time — "because they don't always shoot consecutively," she said — so she can then schedule injections properly. She'll take into consideration the amount of time it takes for the treatment to kick in, any potential bruising, and possible touch-ups. "I always make sure to give it at least two to three weeks before, minimum," said Casey Killoran, an actress and producer for films like Viral Beauty. "Once everything has settled a little and the natural caves of the face go back to a more natural state, that's when I want to film."

Let's address the elephant in the room: why do any Botox at all in the first place? Well, the answer goes back to our original notion that lots of actors — although not all — have Botox already.

"It's touchy because it depends on the comfort level of the actor or actress, but when you've employed someone who has gotten a certain level of that, and then you have to do a pick-up shot with them six months down the road, [the facial expressions] have to match," Killoran said. "If you're shooting a very realistic comedy or drama, and people are getting really angry or concerned about something, it can be super distracting if they aren't able to make worry lines in between their eyebrows. We want it to look natural — that's the most important thing on camera." 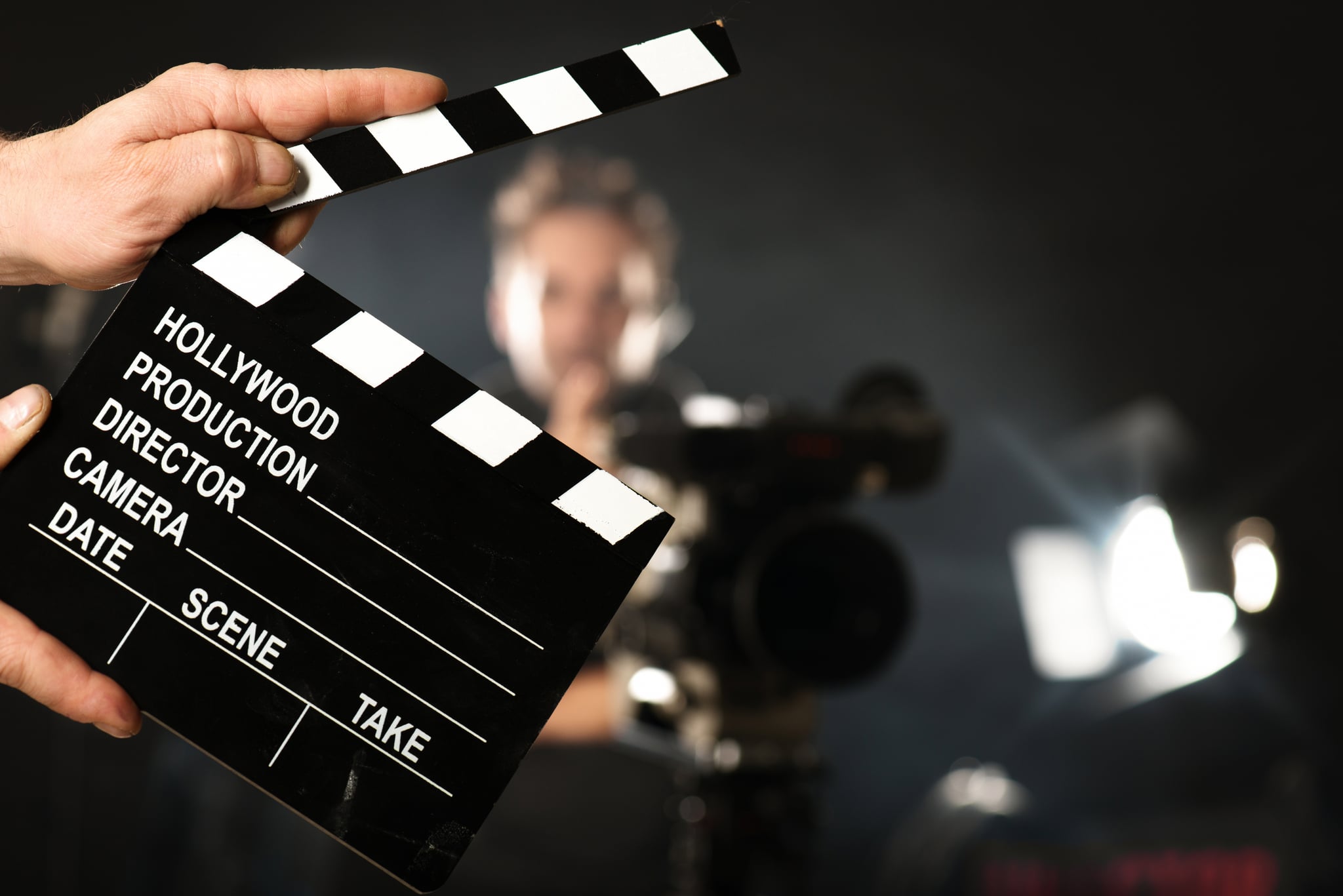 The secret to nailing the perfect execution — because, like all things in Hollywood, there is one — is what we're calling Botox Lite: Fusco uses a "neoneedle" to inject tiny amounts of the toxin in multiple areas for a softer, more relaxed look. The results of this subtler approach last two to three months, as opposed to the typical six.

"That's not the way it usually works with Botox, but the idea is to inject just a little bit at once over a period of time so they never look different in one scene from the next," Dr. Fusco said. "This works really well on film and television because the goal is to keep the facial expressions and/or the lips the same size throughout the whole filming process."

"The idea is to inject just a little bit at once over a period of time so they never look different in one scene from the next."

As for who, exactly, is paying for all these treatments every two months — that depends on the production budget. "It's interesting because I never thought that I would have to think about this on the producing end — to put Botox into the budget to match a person from a few months," Killoran said. "If a film just does not have the money, then it comes on the shoulders of the producer or the director, depending on how involved the director is to kind of talk with the actor or actress and say, 'Listen, we have to match these shots.'"

Yet, as audiences continue to applaud real-life experiences on the big screen and fight unrealistic beauty standards in Hollywood, it begs the question: will the influx of cosmetic treatments slow down, too? Killoran has a theory: "There is a movement, especially with female and also LGBTQ filmmakers, to tell their stories and bring a realness to it, which sometimes includes aging and other things that might not be 'sexy' in other people's eyes. Where the field before was dominated by men, coming from a male point of view and for the male eye, that's shifting now."

She paused, then continued: "Then again, who knows. People really love Botox."