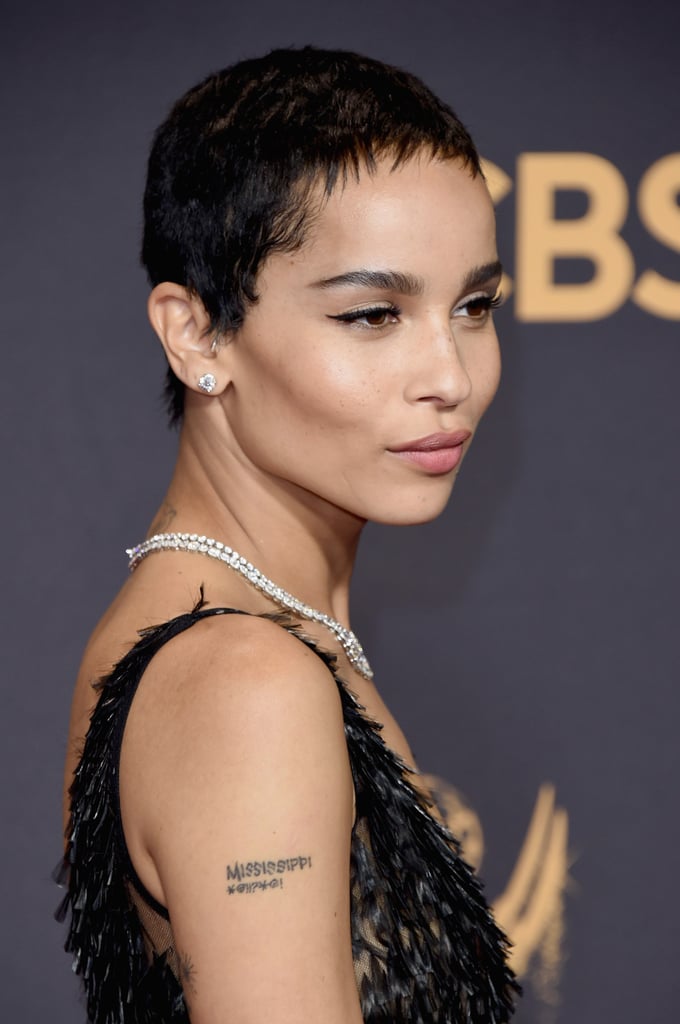 Can You Spot These Beautiful Celebrity Tattoos From Award Season 2017?

There are a lot of obvious elements to admire when a celebrity walks the red carpet at an award show — her gown, her hair, her makeup — but make sure you don't miss the details. And by that, we mean her tattoos! Stars often cover their body ink for different movie and TV roles, but everything gets exposed when they rock those sexy dresses.

Also, because celebrities get access to top tattoo artists, they often have chicer-than-average designs. So if you're thinking about getting inked, you may want to look for some Hollywood inspiration. Keep reading to see all of the tattoos we spotted at the Golden Globes, People's Choice Awards, SAG Awards, Grammys, Oscars, Met Gala, MTV Movie and TV Awards, Billboard Music Awards, and Emmy Awards.

Oscars
Reese Witherspoon Thinks About Her 2006 Oscars Dress a Lot, and I Mean, How Could She Not?
by Yerin Kim 11 hours ago

Tattoos
I Just Got a Tattoo, and Here's What the Healing Process Really Looks Like
by Fjolla Arifi 1 day ago

by Maggie Panos 9 hours ago